Jackie Mordue scored the first of his 16 goals in what would turn out to be a glorious season for Sunderland as the Lads took on Newcastle on the opening day.

Share All sharing options for: On This Day (7 September 1912): Sunderland open title-winning season with draw at St James’ Park

Bob Kyle’s great Sunderland side of the pre-World War I era came into their title-winning season as a relatively unfancied outfit. The opening fixture could hardly have been a bigger test, away against our great local rivals Newcastle United, and the prospect had the pundits predicting a tough afternoon for the Lads.

The night before the game, Sheffield Evening Telegraph’s weekend preview of the “Grand Opening of Football” had this to say:

There is a great match in the North, but it will be rather a surprise if Sunderland can do “the usual” by winning at Newcastle for United appear to be a superior eleven.

The previous season had seen the Mags finish in third place, only five points behind champions Blackburn Rovers, while we had languished in mid-table. The derby games had been a bit of a disaster too, with the Tynesiders winning 2-1 at Roker Park and 3-1 at St James’.

There hadn’t been much change in the Lads’ starting lineup over the summer, Sunderland had brought in Scottish forward Jimmy Richardson from Huddersfield and he was the only debutant in this match. Albert Milton was sidelined before the start of the season, with Harry Ness coming into the defence in his place. 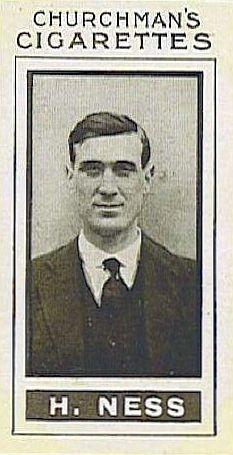 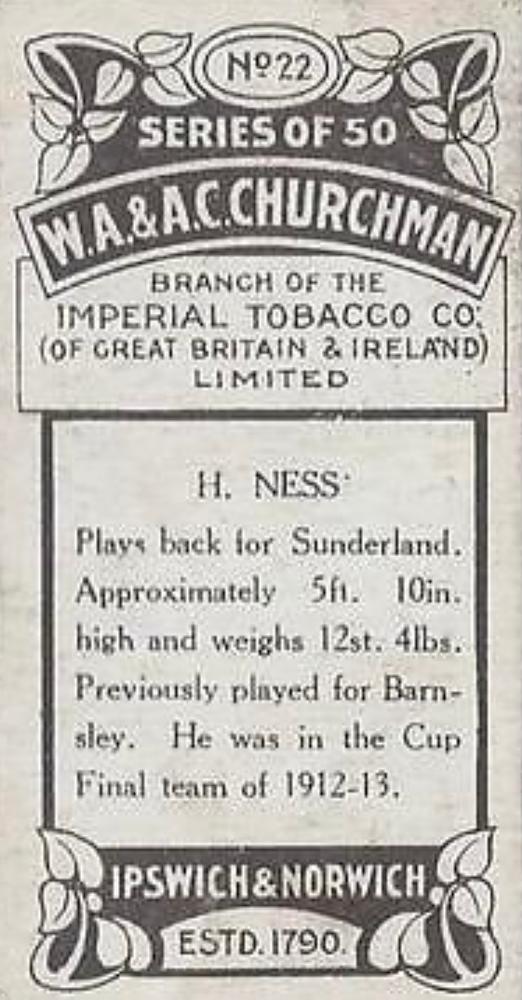 A crowd of 54,000 assembled for the 3pm kickoff, the papers describing how the game had captured the imagination of sports fans across the whole of County Durham and Northumberland. And they didn’t have to wait long for the action to get going, with the game starting at a great pace and home side taking the lead on 11 minutes through Albert Shepherd.

Sunderland responded immediately but our attacks were thwarted by McCracken and Hay in the Newcastle defence, and they could have added to their lead before half time.

After the break, however, the Lads came out all guns blazing - Holley missing a golden opportunity with a header from a Jackie Mordue cross from only a few yards out, and Richardson going close following a corner.

Our equalising goal, however, sounds as if it was of the highest quality. Mordue broke away from the centre of the park, and his shot from fully 30 yards out left ‘keeper Jimmy Lawrence with no chance. The crowd, according to the Shields Gazette, cheered wildly at the sight. With almost 40 minutes left on the clock, it was anyone’s game.

Then followed a period of end-to-end football befitting of a top-flight derby. Mordue’s volleyed attempt to add a second was this time brilliantly stopped by Lawrence, and then he went set up Richardson for what looked like a tap into an open net, but, at full stretch the new boy was unable to connect.

Chances came and went at both ends, but Newcastle lacked a cutting edge and Sunderland spurned a couple of big chances of our own. But neither side could find the winner, but the crowd were sent home in no doubt that both elevens had given their all, both hopeful of a great and potentially glorious season ahead.

The rest of September, however, couldn’t have gone much worse for Sunderland. We lost five of the next six games and were languishing in 19th place on two points after defeat away to Chelsea on 6th October.

Our season was turned around by a 4-0 victory over Middlesbrough at Roker Park and a 3-1 win over Arsenal. In all we played the Mags fully six times in that campaign and didn’t lose once, indeed we only lost a further four league games to finish the season as English Champions for the fifth time and reached the FA Cup Final.

Whether you trust the process or not, they’re going full steam ahead regardless

Roker Roundtable: Alex Pritchard is back, so how big an impact can he make?