“This is meant to be fun!” The BWC Ramble gets a bit serious - and the summer sunshine is not enough lighten the mood.

Nominate Roker Report in the FCAs

Sitting watching the tide roll up a beautiful French beach as the intermittent 4G provided short bursts of BBC Newcastle’s commentary of the second half of Sunderland Women’s late afternoon defeat to Birmingham into my ears, the emotional dissonance was almost too much to bear.

With the sports-hall-like sounds reverberating around an almost entirely empty Stadium of Light bringing back unpleasant memories of pandemic football, the crashing of waves and accompanying seaside soundscape evoked memories of a childhood spent at Seaburn - albeit with a distinctly Breton spin.

Can you be both relaxed and up-tight, frustrated and content, annoyed and proud all at the same time?

This bloody obsession with football will - I am assured by my good wife - be the thing that ultimately gives me a premature heart attack (along, no doubt, with the copious amounts of cheese, bread, pastry and wine consumed over the past fortnight).

I was uptight because the game was not going our way, annoyed because the BBC Sport app kept cutting out, and frustrated because it was clear that our hopes of a bumper day of football had been dashed by the all-too-predictable lack of attention to detail and half-arsed marketing on the part of Sunderland AFC.

I was proud because our own Charlotte Patterson accompanied Colin White on co-commentary, taking the place of the legend that is Jen O’Neill who was providing the colour in the opening game against Durham. She did a fantastic job; her detailed knowledge and preparation is awesome to see, and she deserves breaks like this for the effort that she puts in to analysing and researching women’s football.

I was a bit sad that I wasn’t able to be there in person, but also a bit guilty that I was actually glad that I hadn’t had to sit through the full six hours and two defeats.

The Lads battling lunchtime loss, the dispiriting spectacle of over 35,000 people leaving the ground before the Lasses could even warm up on the pitch, the 90 minute gap between games with little if nothing to see or do in the interim. It might have been too much for me.

But most of all, I was gutted that the potential gains from the first ever men’s and women’s Stadium of Light double header would not materialise.

It was always going to be a challenge to retain the audience with the women’s game coming after the men’s. Despite hopes that records could have been broken, we had also, I can assure you, warned the club in public and in private that this could happen...

I don’t for a minute blame any Lads fan for not sticking about to watch the club’s other senior side play. The previous 24 hours had been an exhausting, confusing, and emotionally draining experience even from afar. Everyone clearly needed a drink and, frankly, there are few worse places to have a pint or something to eat than the Stadium of Light concourse, even at the best of times.

However, I am almost certain that if Alex Neil had still been in place to steer the “First Team” to victory in the Friendly Cup, it wouldn’t have significantly altered the attendance for the Women’s Championship match.

What is and was sorely lacking - that crucial, decisive factor in this whole “Double-Header” enterprise - was clear and obvious buy-in from the men’s side of the operation and vocal leadership from the senior people at the club. 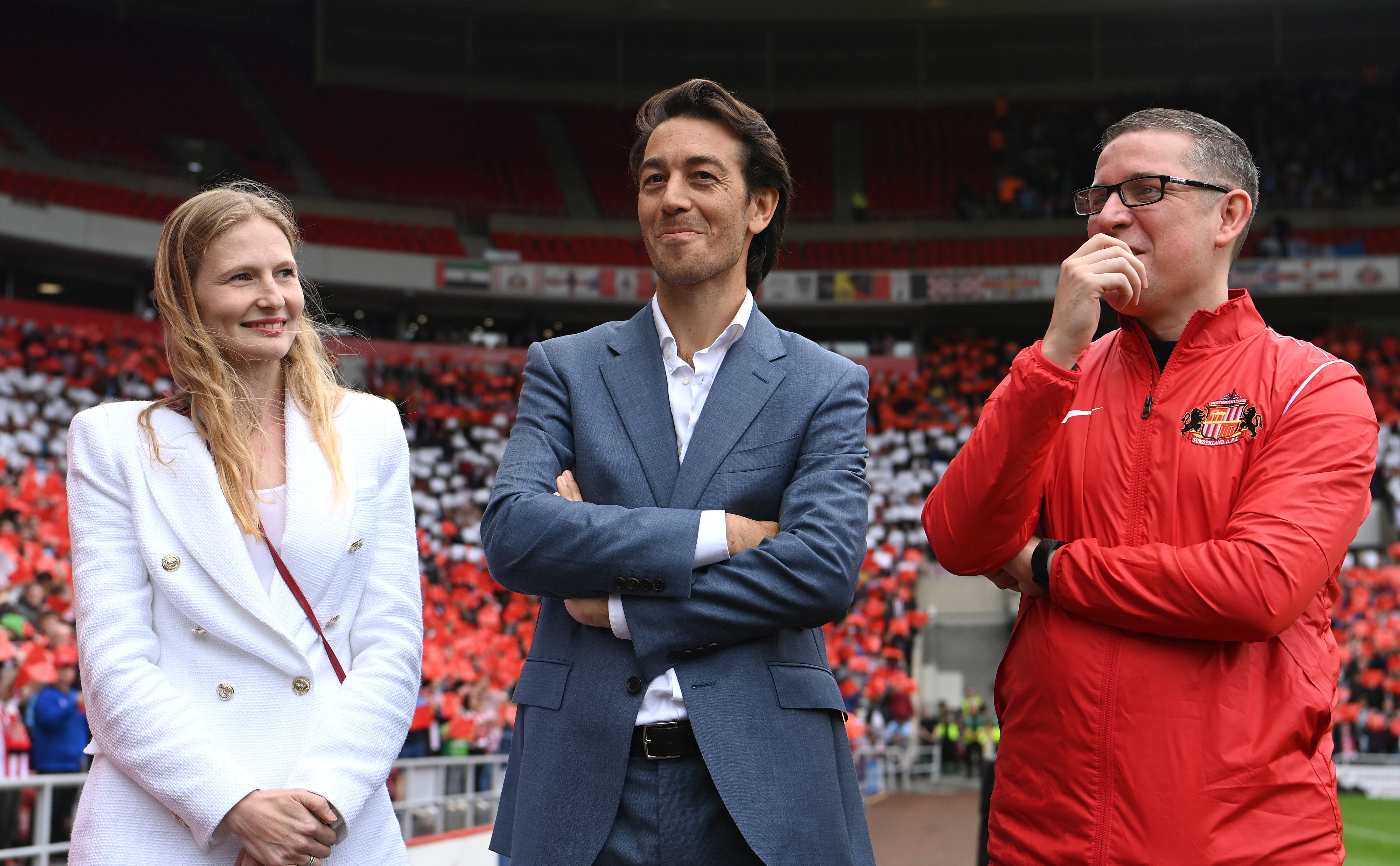 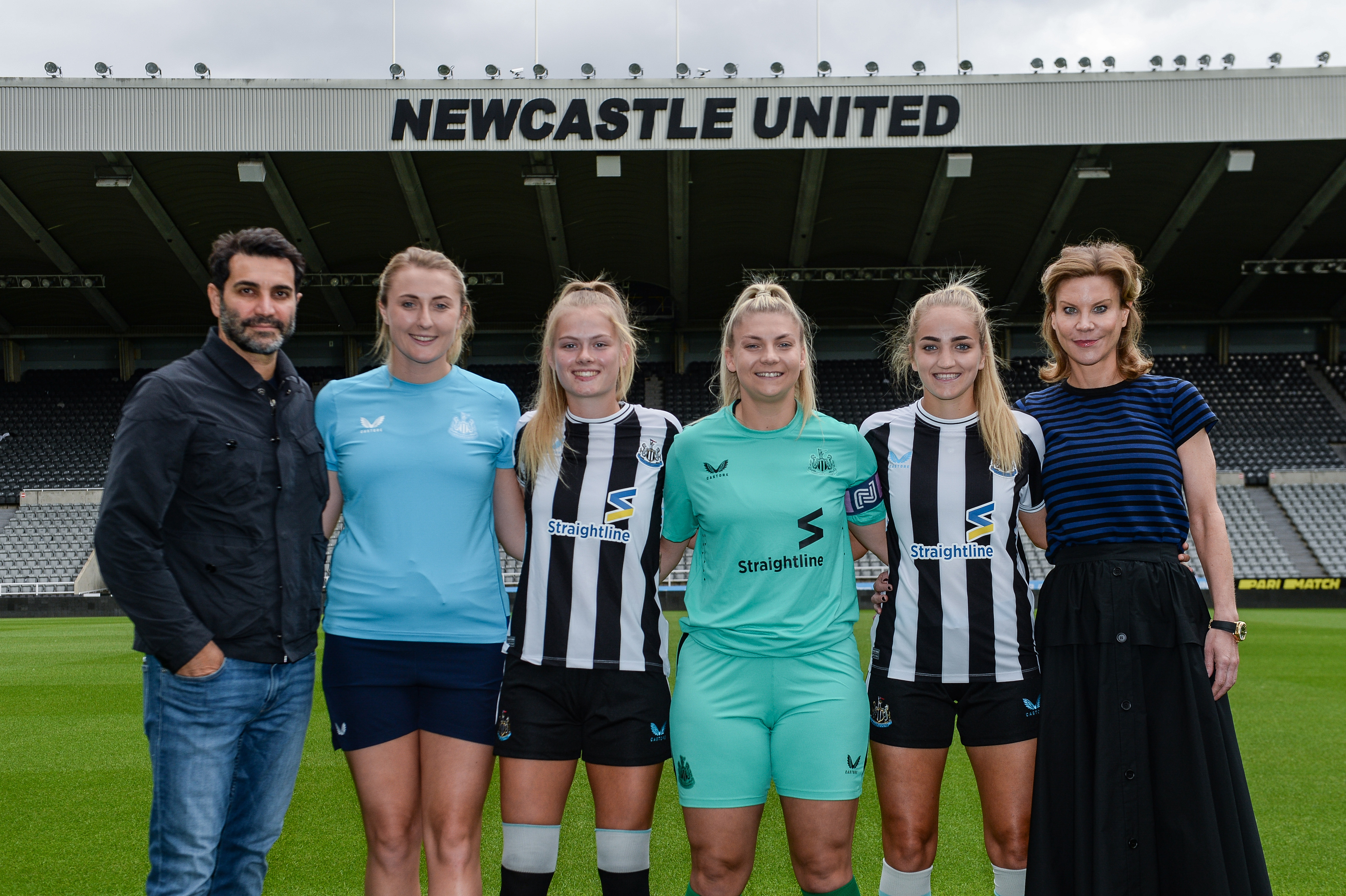 General Manager Alex Clark, Mel Reay, Steph Libbey, the other coaches and, of course, the players and their families, have done and are doing an amazing job and we will be fine in the Championship this season.

The squad will keep progressing, the youngsters will keep developing, and we will surely achieve the goal of being a sustainable tier two side this season and beyond. Eppleton can become a fortress, and we can fill it.

My reflection, sitting on that beach and later with a glass of Bordeaux in front of me, and with some sage counsel from my Roker Report colleagues reverberating around my head, was that this; writing for a fanzine and recording a podcast about a football team we love and care for is actually meant to be a fun hobby.

We’re not here to be the voluntary PR and marketing department for part of a business owned by multi-billionaires and run by very well-paid executives.

The players deserve our support and the small band of loyal Lasses fans deserve to be able to read and listen to content about the games and our club’s rich history, that’s about all we can and should look to achieve.

We’ll always welcome new fans with open arms, we’ll always promote the brilliant women who make this side of the game so inclusive and fascinating, we’ll always help where we can to boost the profile of the team.

But until the powers-that-be step up, there’s little to no point in me and the small team of writers and podcasters who cover Sunderland Women for Roker Report imploring the rest of the fanbase to start to take an active interest and really get behind the Lasses.

Women’s football is simply not yet part what being a Sunderland fan means to a large amount of people. It doesn’t matter to the majority, primarily because it is not seen as particularly important.

There’s also no point us in setting out time and again the potential gains for our club as a business and as a brand from investing in it - all the evidence is there for KLD, Juan Sartori, Steve Davison, Kristjaan Speakman and Igor Levin to see in the examples set by clubs around the world.

The Business Case for Women’s Football | Inside UEFA

They can make it an important, vital element of our football club if they want to. If they don’t, we of course will still go on supporting our women’s team, but as a club we risk being overtaken by those who do lead from the front.

As fans we want to enjoy this season and we will. We know the Lasses won’t win every game, but Mel’s team will always have our support come what may.

Roker Report is a proud partner of the #HerGameToo campaign!

The grassroots movement fighting against sexism in football.

New ways to connect with SAFC Women, our writers, and other Lasses fans!!!

Click here to get started and Ha’way The Lasses

Starting XI: Here’s who we think will line up for Sunderland against Fulham today

On This Day (28 January 1983): Sunderland make the most of their mid-season break!