Cheltenham Town are the visitors to the Stadium of Light tonight as we look to make it six successive wins on home turf this season - here’s everything you need to know ahead of kick-off!

Tickets: Ticket information for the game can be found here. Tickets are now available online via SAFC here.

It’s a bit of a milestone for both clubs today - it is the first meeting in the Football League between the two sides. In fact, the two clubs have only met once before, back in 2005 in the early rounds of the League Cup.

It’s also the second time in four days that Sunderland have taken on a newly promoted side at the Stadium of Light, having narrowly beaten Bolton on Saturday via the only goal of the game.

In a lot of ways it could be looked at as ideal preparation with many areas being identified as areas for improvement following the final whistle on Saturday afternoon, and no doubt the desire will be there to put some of those right.

But with a 100% record at home, having scored the joint-most goals in the division on home soil and considering only four League One sides have conceded fewer, it must also be a consideration not to tinker too much with what has so far proven to be a winning formula.

After missing out in the play-offs during the COVID-19 impacted season of 2019-20, Cheltenham returned to win the League Two title last season to return to the third tier for the first time in over a decade.

Michael Duff, who will be revered by all who played Championship Manager from a specific year, has worked wonders since taking over as manager in late-2018, taking the club from the lower reaches of League Two, up to a current position of mid-table in League One.

They currently sit in 14th position, two points off the play-offs and five from the drop zone. Saturday’s fixture was the first against the current top-two away from home where Wigan won 2-0 in a fairly routine victory, and tonight they complete their tour of the top-two with a trip to the Stadium of Light.

Their away form so far has been mixed, with five points collected from five games on the road, with their away trip before Wigan ending in an impressive 2-1 win at Charlton Athletic.

Unsurprisingly, having won every game at the Stadium of Light so far this season, we are 6/10 to win our sixth game on the bounce at home, while Cheltenham are 9/2 to upset the odds, with the draw at 29/10.

Brett Angell began his career at Portsmouth, but it was Cheltenham Town who gave him his full debut in 1987, where he went on to score an impressive 24 goals in 37 appearances in his debut season.

He returned to Stockport and began scoring goals once again, and after retiring in 2003, Angell has held several coaching roles, and managed in New Zealand as recently as 2019.

Beginning his career at Chelsea in the late 70’s, Walker went on to make over 200 appearances at Stamford Bridge before moving to Sunderland in 1984. The winger was pivotal in our run to the League Cup final, including goals against his former club in the semi-final which almost started a riot, and a missed penalty in the final.

After Sunderland, he played for QPR, Fulham, Brighton, Woking and ended his career at Cheltenham Town in 1999. 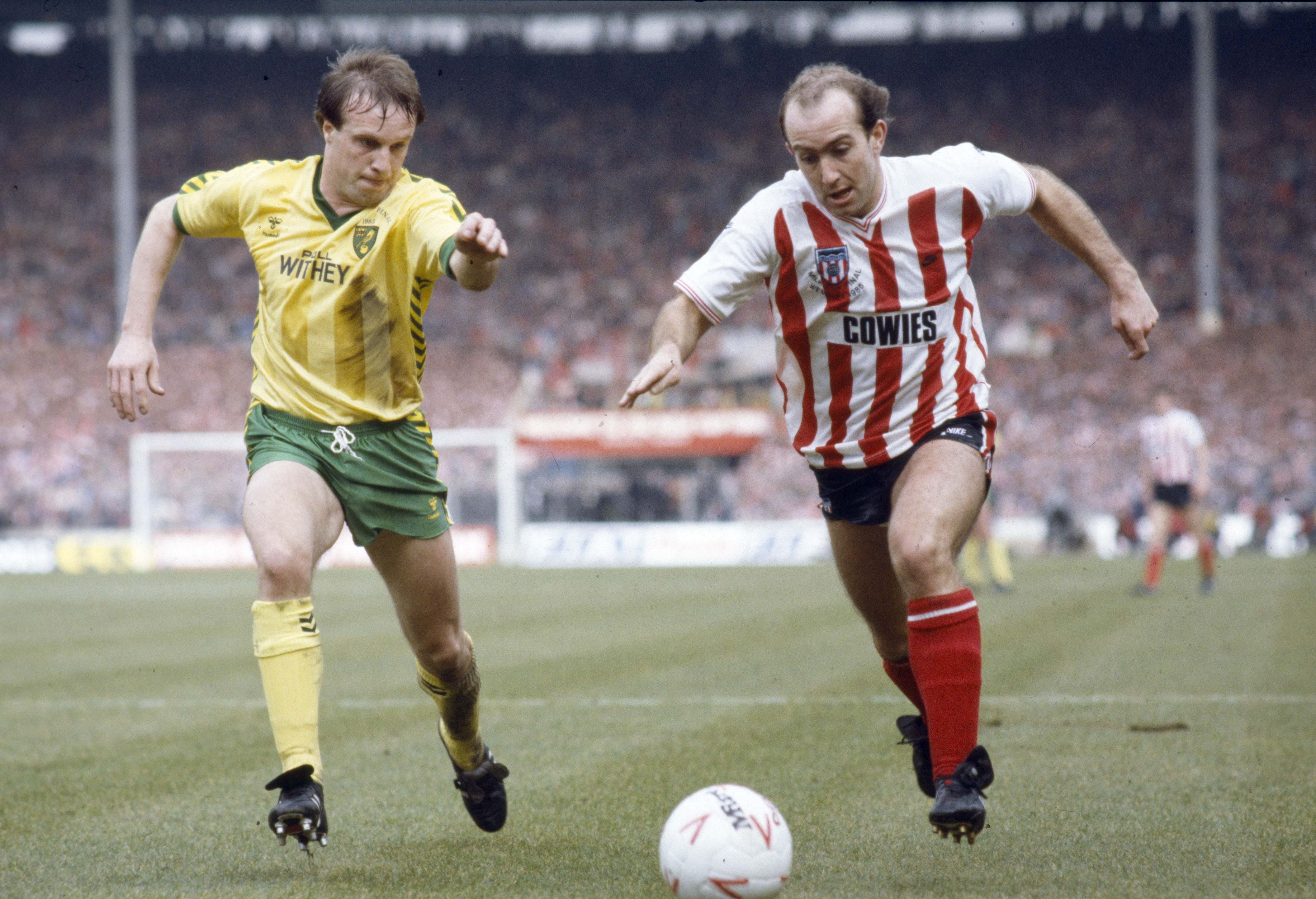 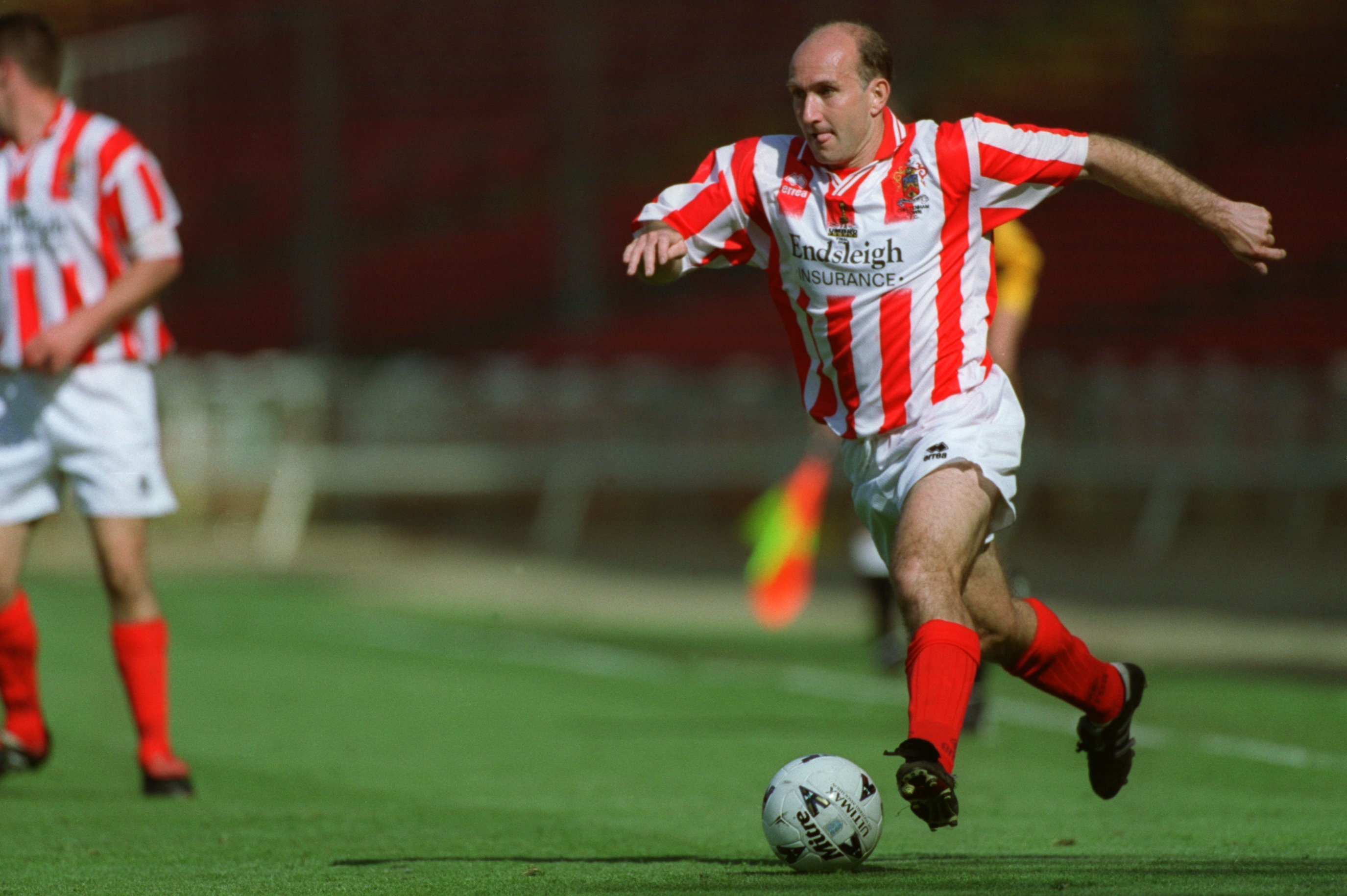 Starting XI: Who will be lining up for the lads at Wembley this afternoon?