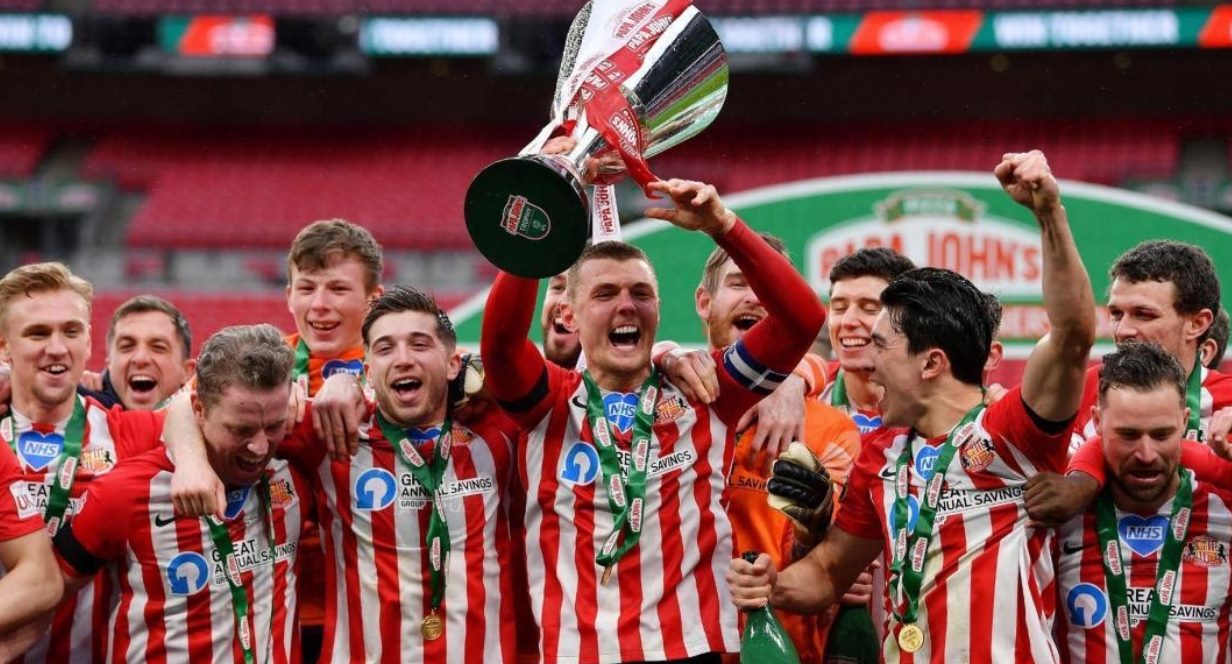 As disappointing as it is to see Sunderland play in the third tier of English football, the City of Sunderland based club was at some point in the Premier League clawed back into matches and put right the initial errors.

Fans of Sunderland have indeed witnessed some Premier League greatest comebacks by their club. Join is as we jump through our favorite 5 most recent Sunderland comebacks. 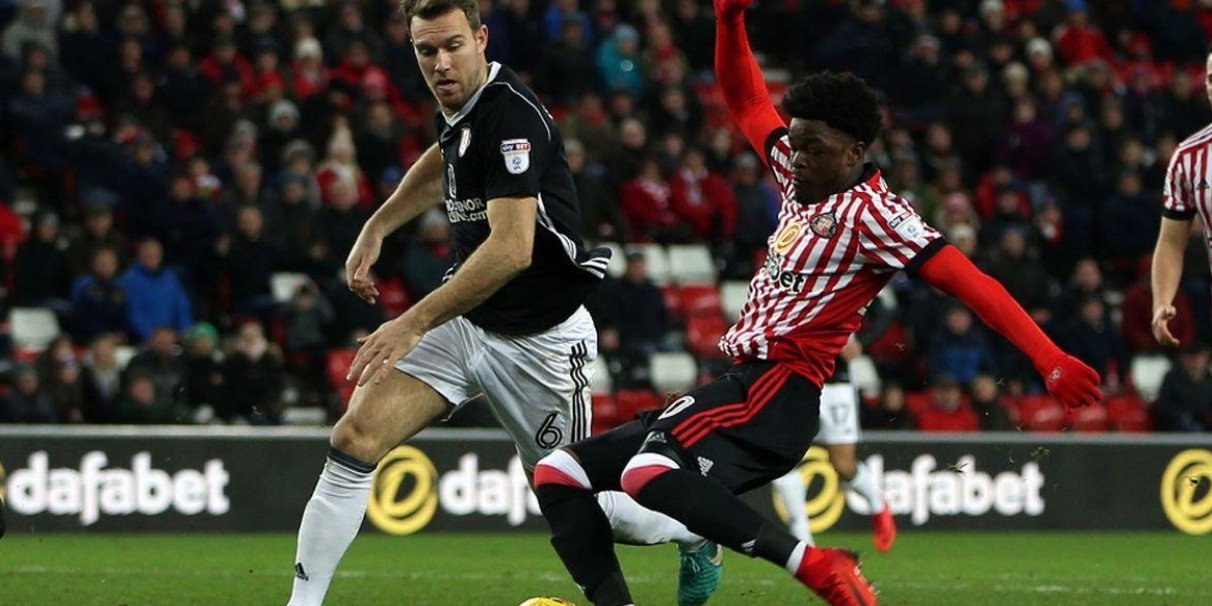 Sunderland under Roy Keane had to fight back to earn a valuable point at home and in the end were highly disappointed not to garn the full three points. The match was fairly even until the 30th minute.

With the Sunderland backline expecting a ball into the box Simon Davies curled an effort into the top corner of the opposition goal from 30 yards, completely confusing everyone with their routine free kick.

The visitors protected their lead pretty well and the home side struggled to break down Fulham. Matters got worse for Sunderland as Greg Halford was red carded, picking up a second yellow card just after the hour mark for shirt pulling.

The home side however rallied back in the closing stages and bombarded the visitors with several attacking threats and were rewarded with five minutes to go when Kenwyne Jones converted Grant Leadbitter's cross from the left wing.

Fulham held on for the valuable point and saw out the match despite Sunderland’s best efforts. 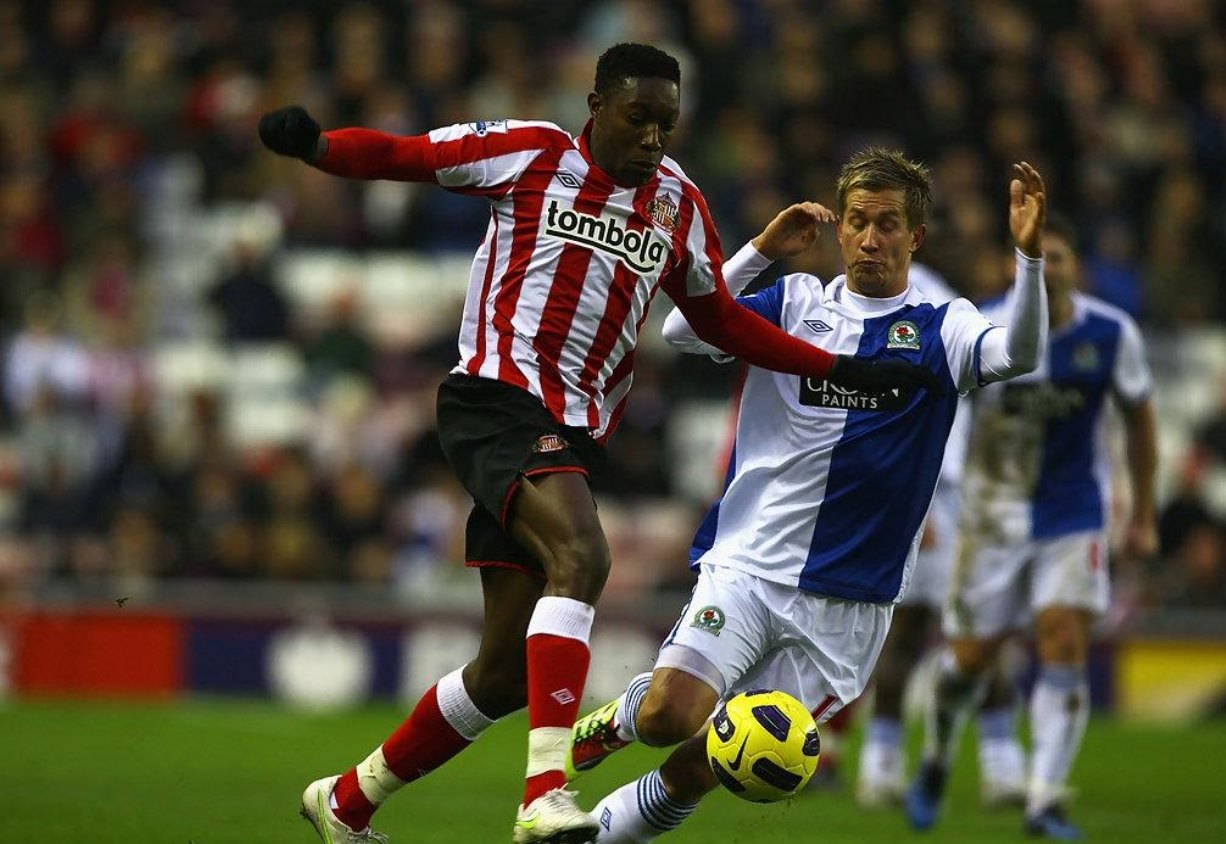 Lee Cattermole was highly instrumental in digging Sunderland out of severe trouble on this blessed day. Ironically it was Sunderland’s error with a poor clearance that allowed the visitors to take the important lead through Givet but Cattermole – the combative midfielder, made amends, firstly intercepting and allowing Malbranque to assist Jones before Lee himself would cross in that allowed Kenwyne to score the second goal with a ferocious header. 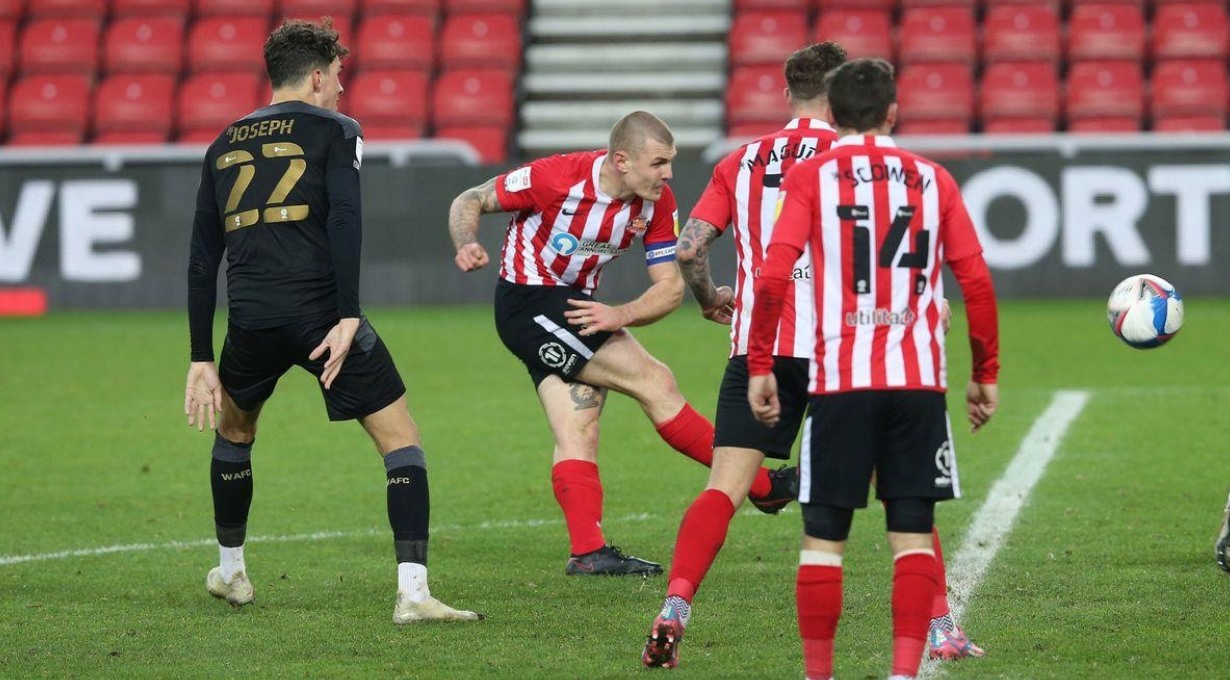 On this day, Sunderland eventually ended a poor run of nine matches without a victory but made their fans sweat. Despite dominating possession in the first half which ended 0-0 with the visitors’ content on breaking on the counter.

The game plan really paid off as Wigan took surprise lead through a goal by Diame. Sunderland supporters started to get the feeling that they will lose again. The home team rallied however and equalized almost instantly, Gyan nodding home a cross by Malbranque, an important equalizing goal when you look back.

Jordan Henderson as well as Sessegnon were both instrumental in the midfield of Sunderland and were both rewarded with beautiful goals on the day, first Jordan Henderson with a volley, before Sessegnon ease the pressure from the spot. The youngster would go on to score Sunderland's fourth goal and complete the brilliant fight back. 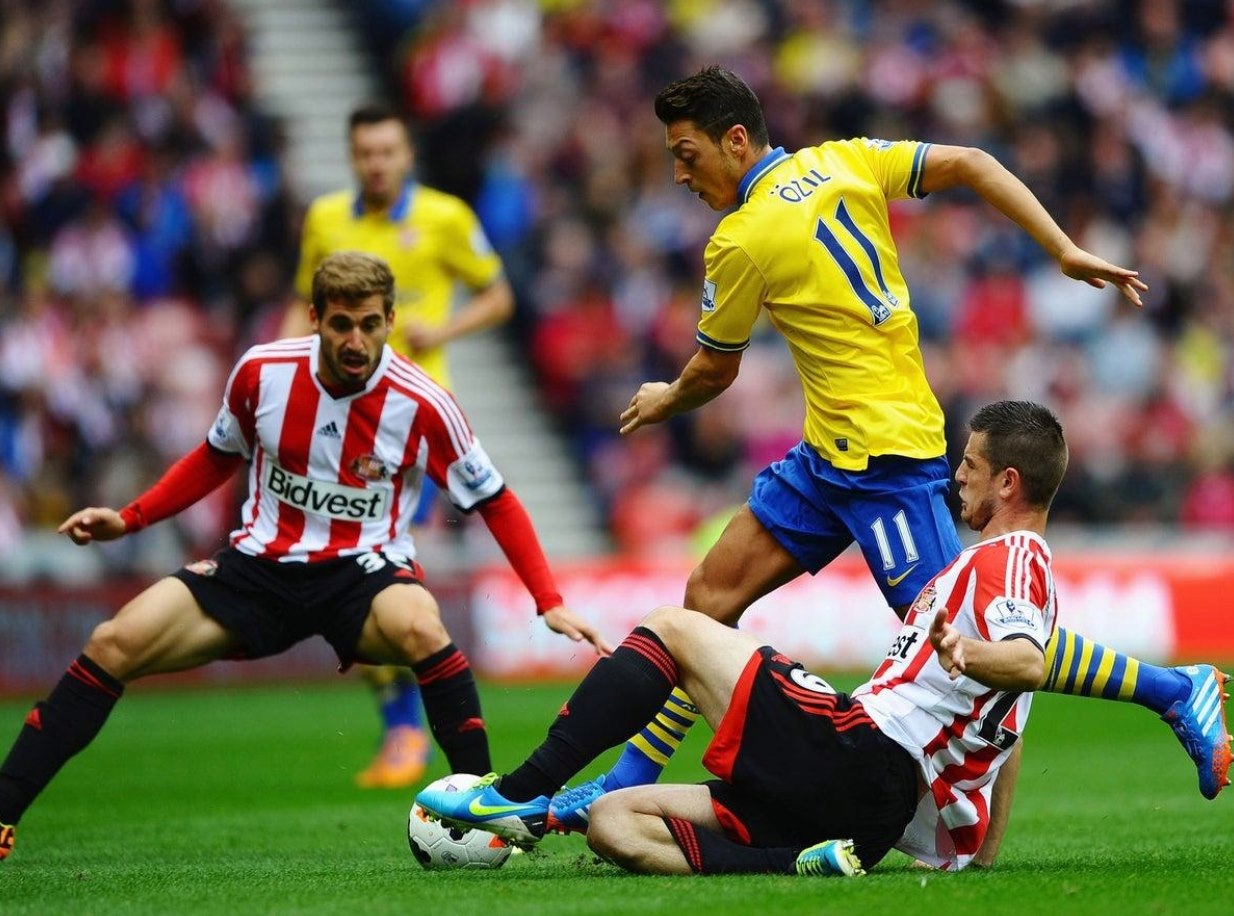 Sunderland appeared to be out to hit the usual self-destruct button when they visited Highbury to face Arsenal, and Sorensen, was put through his speed and helped keep the loss within reach. The North London giants took just five minutes to score the opener when mercurial midfielder Patrick Vieira headed home the a corner kick by Frenchman Robert Pires and scored a second just before half time through Lee Dixon who scored from a Thierry Henry cross.

After fifteen minutes of hard labor on the Highbury pitch, Sunderland came out with more desire and intent and were greatly rewarded for their improved effort when Arsenal midfielder Patrick Vieira handled the ball in their penalty area and Kevin Phillips was on hand to calmly convert the penalty kick, leaving Alex Manninger in goal hopeless.

The visitors started to grow in confidence and had a couple of missed chances and goal scoring opportunities to score a second and level the score line, but it was left to McCann to curl an effort from 20 yard into the back of the goal following some impressive work for Alex Rae to win back the ball from Vieira on the edge of the box.

The vital away point at Highbury was nothing less than Sunderland deserved for their spirited second half display, although Arsenal boss Arsene Wenger would be highly disappointed to see his Premier League chasing team fail to deal with the pressure from Sunderland. 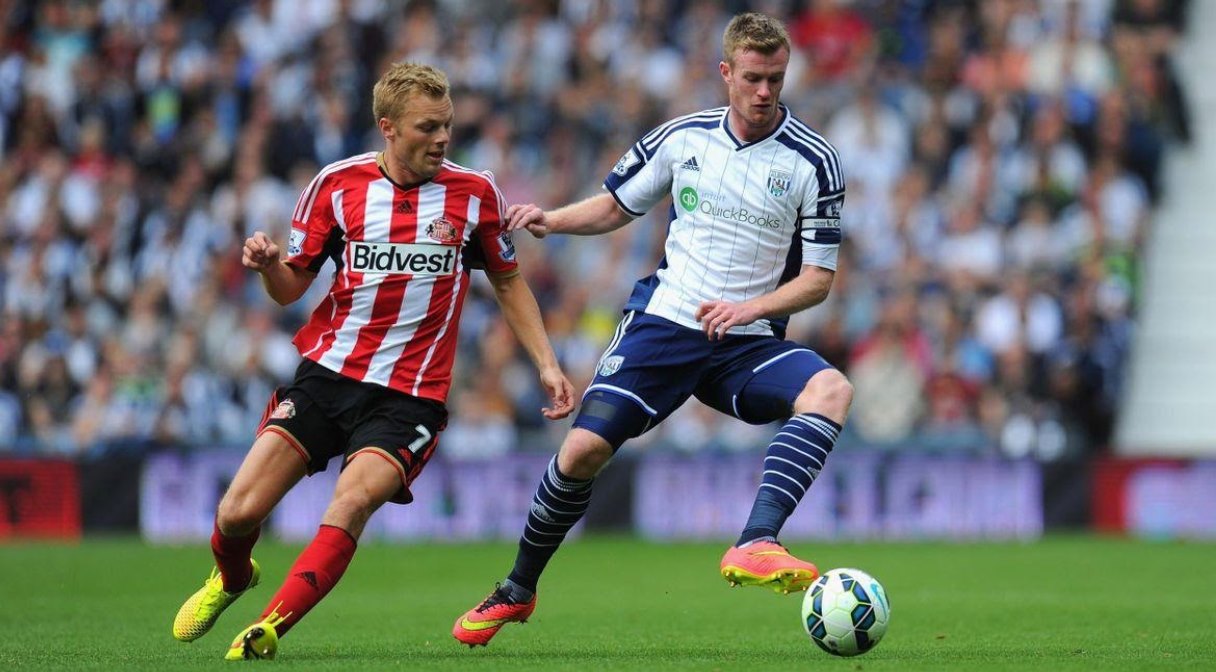 This particular fightback was indeed a vital one. The entire Sunderland landscape may have looked different had West Bromwich Albion made good use of their early lead. Fans booed the team, as Boo's rang out around the stadium with fans expressing frustration given the bad start to the campaign took its toll on a large number of the supporters in attendance that day.

Whatever camp you are in the Steve Bruce debate, no-one wants to see their team drop points in the hope it will see the head coach sacked. It is indeed a bad mindset which never yield good result to the team.

Club fans are meant to be supporters of the club and not just the manager. Despite the initial frustration, which is understandable, both the team and fans rallied. Not as if Steve Bruce did anything spectacular, but the players themselves reacted well to the situation and got themselves out of problem and maybe should have gone ahead to win the match in the end.

Whilst the Steve Bruce debate continued after the match, there were some good takeaways to take from the match and if you take only one of these positives to try and stay hopeful, it should be that the team did not lose the game but showed character and fight.

The Sunderland versus Newcastle match of February 2, 2000 deserve a mention, as it ended 2-all.

The first Tyne derby at Sunderland’s Stadium of Light was always going to be significant but it remains a major highlight for many Sunderland fans as it showcased the determination that manager Peter Reid had instilled into his boys.

The visitors took the lead through Didier Domi and Helder early in the encounter. It was a major blow for the home side to go 2-0 down very early in the match but the full capacity crowd in the Stadium erupted in defiance on the home team who quickly returned the favour when Kevin Phillips equalized.

The match stayed 2-1 until the last minutes, the home team unable to make their dominance count until Phillips struck one again to equal the scoreline.