Editorial: Sunderland are three games away from a return to the Championship - embrace it!

We finally have a chance to actually support the team in person again. They’ll be relishing it just as much as we are - and that coming together could carry us to Wembley, and beyond.

Share All sharing options for: Editorial: Sunderland are three games away from a return to the Championship - embrace it!

The way yesterday’s game with Northampton played out didn’t quite meet expectations for many of us, most of whom were hoping to see a confident victory, setting ourselves up nicely for the first game in the Play-Offs against Lincoln.

With practically nothing riding on the game, neither side really got out of first gear.

I can sort of understanding that, to a degree - Lee Johnson touched on it in his post-match comments when talking about how he felt many of the players were “looking after themselves”, and that was why we lacked the aggression we probably needed to overwhelm Northampton - but, it doesn't make it any less disappointing for expectant fans waiting to be given a reason to believe that we can go on and win promotion.

“I still think we’re the one team in that mix that other sides will want to try and avoid.”

What we wanted to see were a comfortable three points.

What we got was almost the complete opposite - Johnson made a few changes, Northampton sat off, and eventually, a bit of ingenuity from Jordan Jones led to Carl Winchester stabbing in the equaliser, sparing Sunderland’s blushes.

Limping over the line to draw with a side that has already been relegated is hardly going to set our pulses racing ahead of two absolutely massive games against ‘The Imps’ in the semis.

Let’s be honest, though: regardless of our form (and it has been properly naff, there’s no sugar-coating that whatsoever), there really isn’t anything for us to fear. There are no galácticos - it’s simply a battle between four relatively evenly matched sides. 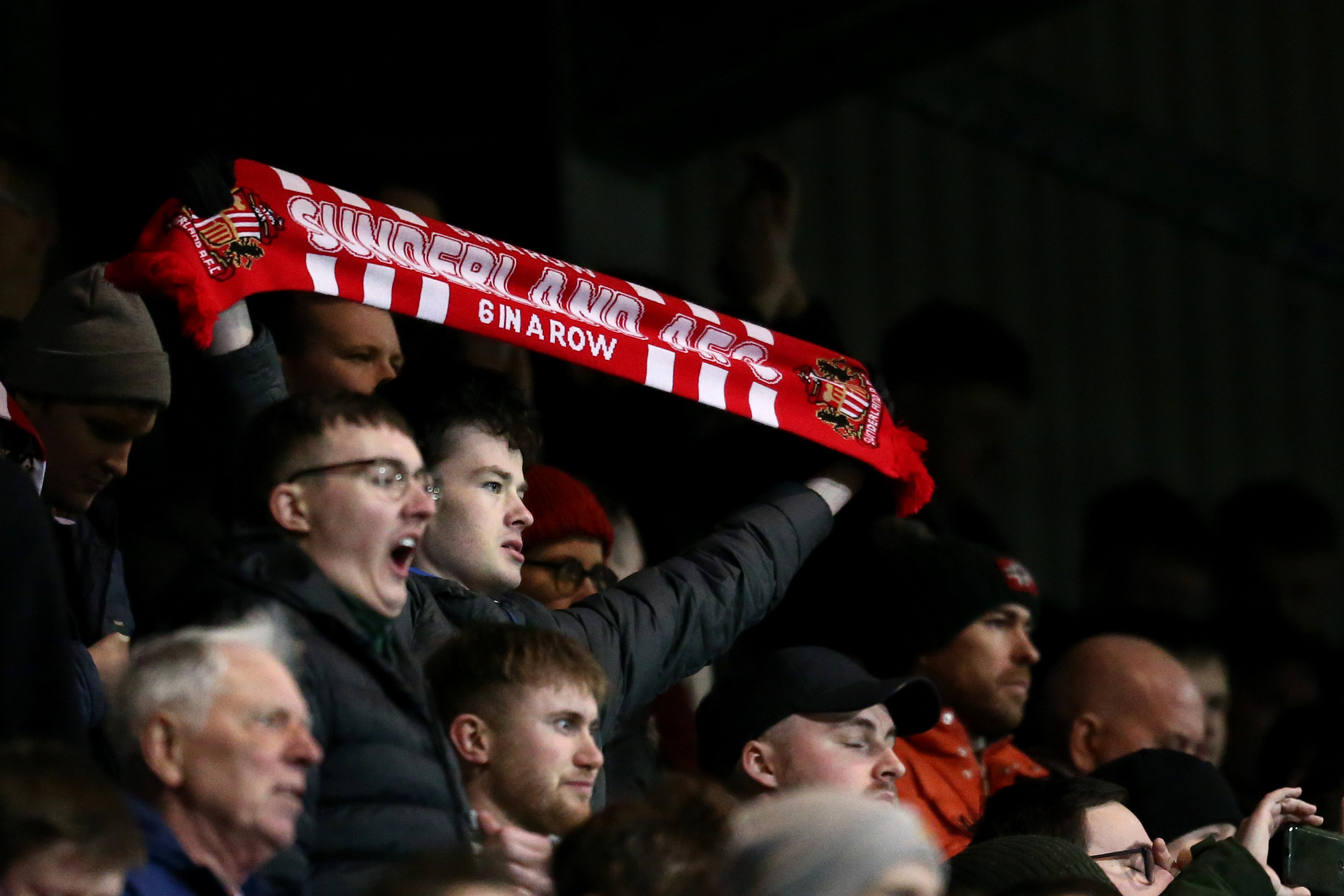 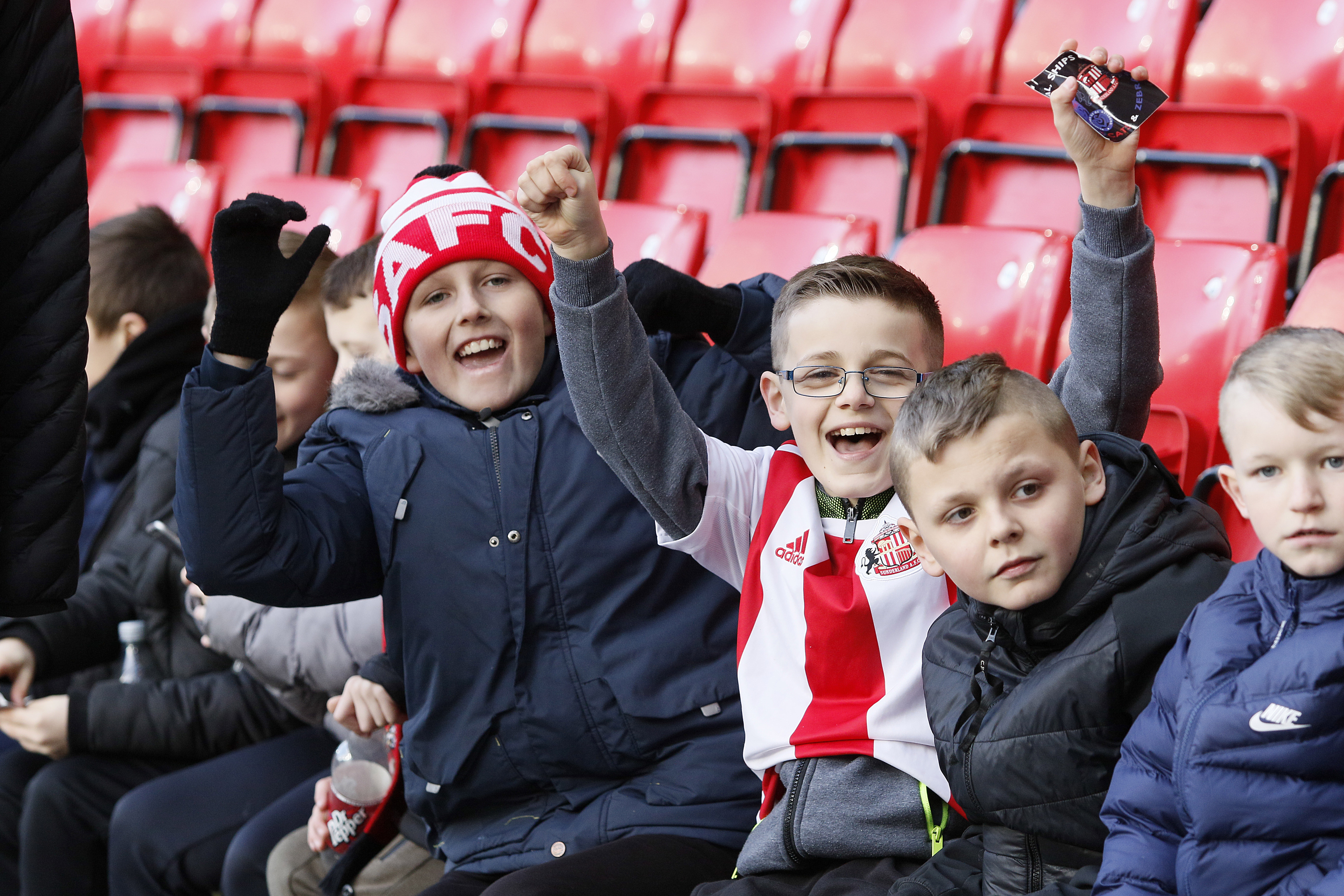 I will admit, I was briefly concerned that we could end up playing Charlton again, our auld Play-Off nemesis, but thankfully they weren’t able to nail down a spot. Oxford took the final place, pipping another rival of ours in Pompey, and now we know that one from ourselves, Oxford, Lincoln or Blackpool will be playing Championship football next season.

I’m honestly not scared, and I’m still very confident that we can do it.

I’ve taken a bit of flack on the old socials for being so headstrong in my belief that we will be the ones left standing when all is said and done, but I don’t feel any different now than I did before yesterday’s game - the task is still the same. I totally understand why other people are less optimistic, and maybe it’s just a bit of blind faith on my part, but personally, I don’t see much merit in me moping around and feeling sorry for myself.

Lincoln, like ourselves, aren’t in great form. I’m pretty glad we’ve got them over two legs, because psychologically we should have an advantage, given we’ve beaten them heavily already, and beat them in the semi-final of the EFL Trophy.

Oxford are the most in-form side in the competition, but I’m not convinced they’re a better team than Blackpool. Regardless, I wouldn’t fear them if we ended up playing them, despite the bad feeling that will be carried over from the fiesty clash between us and Karl Robinson’s side last month.

Blackpool and their support probably have more belief than any of the other sides vying with them for promotion - ourselves included, obviously.

There’s still a bit of disappointment lingering about Sunderland and the fanbase due to the way we tossed off our chances of automatic promotion, whilst Blackpool clearly are just delighted to be in with a shout, despite finishing third. Their fans gathered outside of the ground yesterday to celebrate the way things are headed - they’re relishing the opportunity to gain promotion after years and years of neglect under previous ownership.

Like the Blackpool supporters, we probably just have to look at this opportunity for what it is - it’s an unbelievable chance to get the club back into the Championship.

But... what if it doesn’t? What if you’re back in that stadium watching the Lads out-battle and outclass Lincoln over two legs? What if you’re one of the lucky 5000 that will get the chance to watch the team in the final at Wembley?

We have three games left to get promoted.

It’s all about who wants it most when the teams take to the pitch.

I still think we’re the one team in that mix that other sides will want to try and avoid. We’ve got good attacking options, and a striker who has bagged regularly.

That is the top and bottom of it. How much of a part form will play remains to be seen, but I think that in a one-off game we’ll beat any of these sides if we want it enough.

So, I say let’s embrace it, even if it’s a struggle. We finally have a chance to actually support the team in person again. They’ll be relishing it just as much as we are - and that coming together could carry us to Wembley, and beyond.

On This Day (30 November 1976): Adamson close to the Roker Park hotseat after Stokoe departs!

Two Up, Two Down: What are the biggest positives and negatives from England’s win over Wales?

Coventry City: A warning from the (recent) past