On This Day (28 October 1936): Raich Carter gets the winner as Sunderland win the Charity Shield

It wasn’t the best game of football Roker Park has ever witnessed, but this was the first and only occasion that Sunderland AFC lifted the Charity Shield.

Share All sharing options for: On This Day (28 October 1936): Raich Carter gets the winner as Sunderland win the Charity Shield

1936 English League Champions Sunderland had earned the right to face FA Cup Winners Arsenal in the annual Charity Shield match, which was held at Roker Park rather than at a neutral venue.

The game was also played at 2.15pm on a Wednesday afternoon, which along with the high ticket prices (3s 6d) - stipulated by the Football Association rather than the host club - accounted for the fact that a mere 11,500 spectators turned up to watch.

The Arsenal - long considered a club of the London gentry - only sent a scratch team north in a move that was considered disrespectful to their opponents and the fixture itself, which pitted the two powerhouses of English football of the 1930s against one another.

George Male, Herbie Roberts, Alex James, and the talismanic Cliff Bastin are reported to have been left back in the capital.

The first half passed off without much incident and was played, according to “Argus” in the Sunderland Echo as if it was an exhibition match rather than a competitive fixture with a trophy on offer to the winner.

Denis Compton (more on him below) had a chance to open the scoring in the opening exchanges, lofting the ball narrowly over the crossbar.

Both sides, it was said, may have been more interested in keeping fuel in their tanks ahead of the league fixtures at the weekend, and the first 45 fizzled out with little “pep”.

In the second half, Sunderland came alive, and Eddie Burbanks took advantage of a ball from Patsy Gallagher, cut inside from the left and scored with a great finish past George Swindin in the Arsenal goal.

This kicked the game into life, with Arsenal using some of the darker arts of the game to muscle their way back into the tie.

They created a few half chances before, on 77 minutes, they found the equaliser through Alf Kirchen, who converted a cross from Jackie Milne before Alex Hall could get back to tackle.

Gallagher, Bobby Gurney, and Burbanks all had half chances to win the game but it was Sunderland’s star forward, Raich Carter, who sealed the victory for the Black Cats with a winner in the 89th minute, as Argus described in his front page match report that evening:

Two minutes from the end CARTER came through and beat Swindin with a terrific drive.

The ball hit the underside of the bar and came down, but was instantly cleared, but the linesman on the clock stand side stood signalling, and when the referee went over and consulted him he ordered a goal on the linesman’s decision that the ball had crossed the goal line. 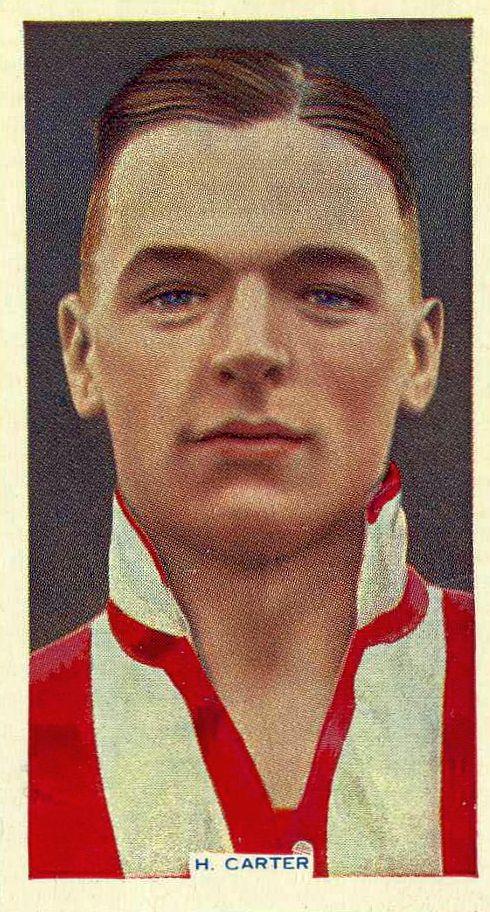 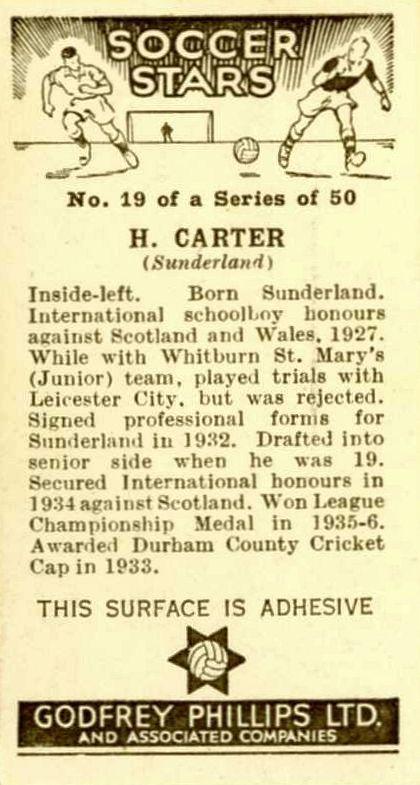 Denis Compton and his brother Leslie both featured in this game at a time when representing your county and even your country in football and cricket was not uncommon.

Les was the more successful footballer, making 253 appearances for the Gunners over a 22 year career and representing England twice, whilst playing for Middlesex.

Young Denis was, at this stage, only a promising 18 year old batsman - also with Middlesex, but after making his test match debut the following year went on to be revered as one of the all-time greats of English cricket, scoring 5,807 runs at an average of over 50 in his 78 tests that stretched for 20 years either side of the Second World War. 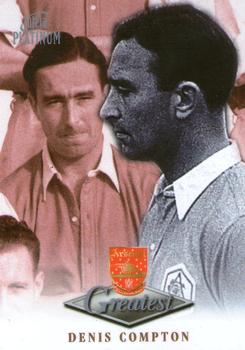 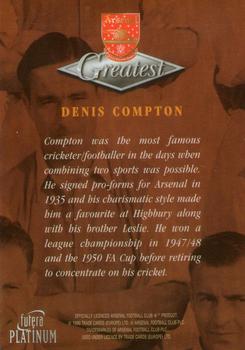 Sunderland would go on to win a double of sorts by securing their first FA Cup in 1937, meaning they had the chance to defend their Charity Shield title. That game, played against Manchester City at Maine Road, was lost 2-0, and Sunderland have never competed for the Shield since, having chosen not to participate in the 1973 final.

Fan Letters: It’s a beautiful time to be supporting Sunderland!

Could further defensive arrivals spell the end for Bailey Wright?