Played for Both: FIVE players who played in the red & whites of Sunderland and Doncaster Rovers!

There are surely more out there, but here’s the FIVE players we’ve picked who played for both Sunderland and Doncaster Rovers!

Share All sharing options for: Played for Both: FIVE players who played in the red & whites of Sunderland and Doncaster Rovers!

Doncaster-born Chris Brown worked his way up through the youth setup at Sunderland during the early 2000’s.

After suffering a serious cruciate ligament injury in 2002 that would threaten his career, Brown fought back and made his league debut. This would eventually come during an impressive loan spell at his hometown club in 2003, scoring ten goals in twenty-two appearances.

His breakthrough at Sunderland would come during our 04-05 season, where (after scoring twice on his first team debut at Crewe Alexandra in the League Cup) he would make a significant contribution to McCarthy’s Championship winning side.

A lack of first team opportunities whilst Sunderland struggled in the Premier League meant another spell away on loan, and he found first team opportunities were few and far between on his return to the club. After making a handful of appearances for Roy Keane, and hitting national headlines through his film making, Brown signed for Norwich City for £325,000 in 2007.

His spell there only lasted a year before moving on to a successful three years at Preston North End, playing over one hundred games for The Lilywhites. This ended in 2011 when he was released from the club, setting up another return to Doncaster.

Brown’s three years for Donny were relatively successful, scoring nineteen in eighty-seven appearances. After release, he spent two years at Blackburn where he would fail to score before his release from his contract in 2016.

Brown then signed for Bury but did not make an appearance and retired from football due to a serious knee injury. In 2018 he started a popular podcast called Under the Cosh. 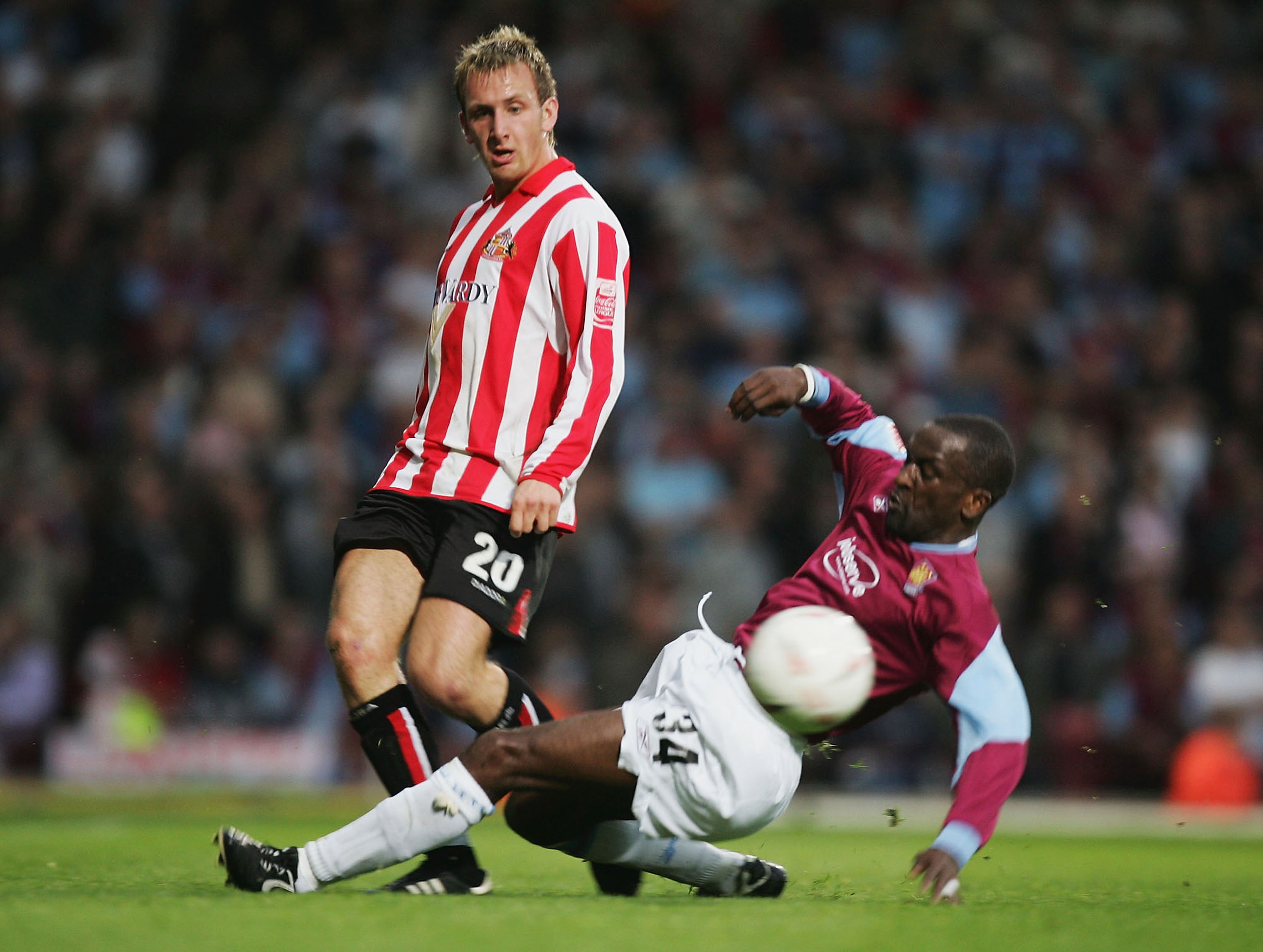 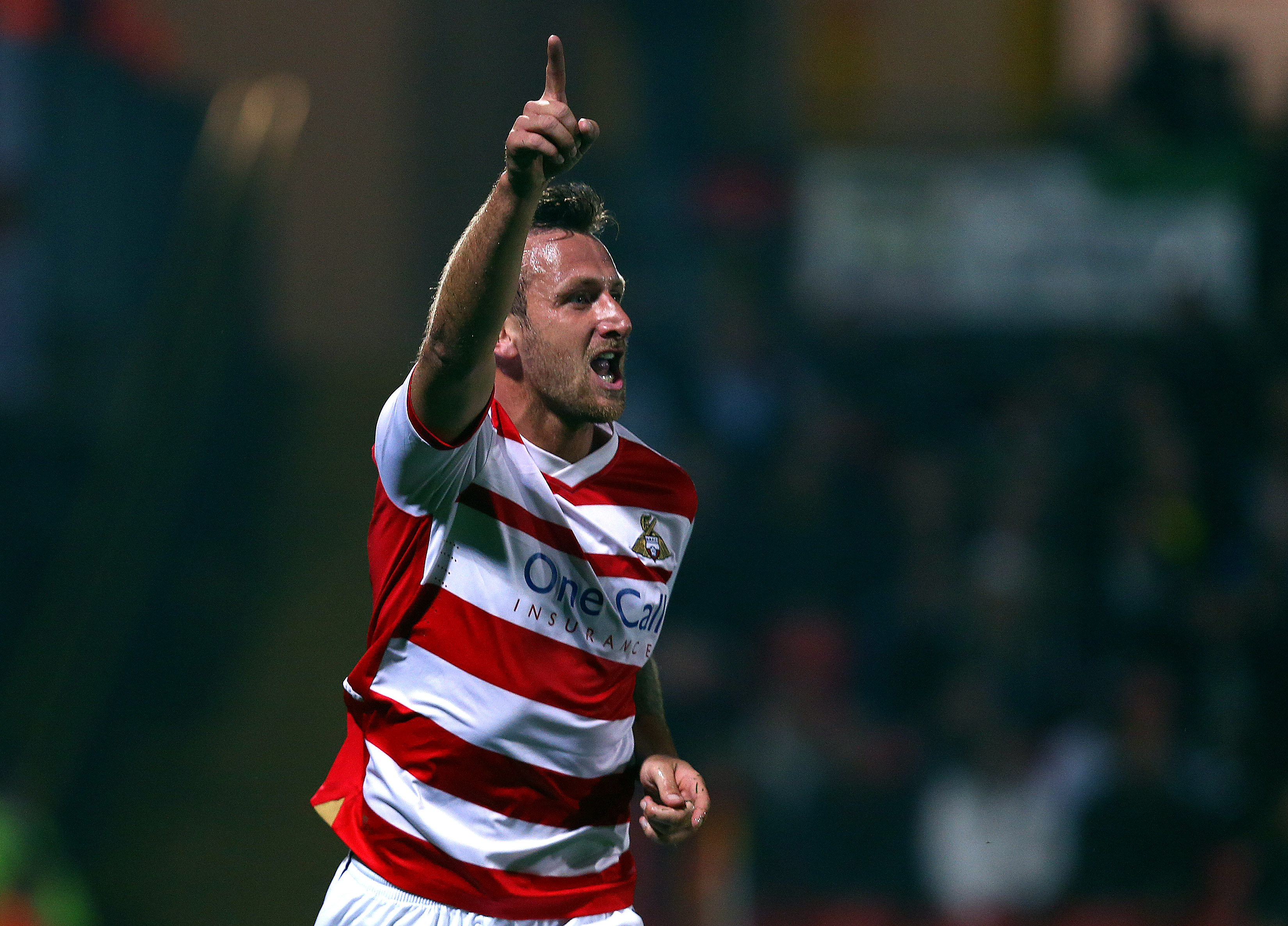 Ashington-born Chris Black was a winger who came through the youth system at Sunderland in the early 2000’s.

He made his debut in a 1-0 defeat at Graham Taylor’s Aston Villa in the penultimate game of 2002-03 as Sunderland limped out of the Premier League with a tally of nineteen points.

He also started the final game of the season when Arsenal and Thierry Henry thumped Sunderland 4-0 in front of 40,188 as a final goodbye to the Premier League.

One further start and another appearance as substitute followed in the Championship before moving to Doncaster Rovers. After one appearance, Black failed to report for training and prompted concern.

Eventually contact was made and Doncaster Rovers made a statement to confirm the player was safe and also to explain that the player had returned to the north-east “to sort out some personal problems” and that they did not know if he was returning to the club.

He didn’t return to Doncaster, and did not play again in professional football.

In the doomed summer spending spree of 2002 that included Tore Andre Flo and Marcus Stewart, Sunderland were also making signings with the future in mind.

Sean Thornton was brought to the club from Tranmere Rovers for a tribunal set £225,000 despite having only made eleven first team appearances for the Wirral-based club - a move that would eventually cost Sunderland an extra £1,500 when, after being found guilty of breaching FA and Football League rules, we were later fined by the FA for an illegal approach.

The talented midfielder was one of the younger players who benefited from Sunderland’s poor form and inevitable relegation that provided more first team opportunities. Thornton made an impression during 2003 after Howard Wilkinson handed him his Sunderland debut in an FA Cup third round replay at Bolton Wanderers that Sunderland won 2-0 after extra time.

Despite his continued impressive start under new manager Mick McCarthy, Thornton never cemented a first team place on his time on Wearside. Despite proving his rapping capabilities, a struggle with injuries and loss of form and/or fitness hindered his time with Sunderland and he eventually left signing for League One Doncaster Rovers in for £175,000 in 2005.

Two years and fifty-nine appearances later, Thornton was released by Donny and picked up on a free transfer by Leyton Orient. A fairly settled three years at The O’s would follow where he would make almost one hundred appearances whilst becoming a bit of a cult hero. This led to a local folk-punk act releasing a song in tribute.

It would be fair to say Thornton did not fulfill that initial potential that the Sunderland fans saw back in 2003. Moves within the Welsh Premier League and the League of Ireland have followed since release from Orient in 2010 at the age of 26.

Twenty-four appearances for Grimsby Town was enough to persuade Everton to sign John Oster for £1.5 million in the summer of 1997.

Oster would spend two years on Merseyside, making forty appearances, before a nudge from Adrian Heath (who was a coach at Everton in Oster’s time there before moving to Sunderland) was enough for Peter Reid to part with £1 million to take him to Sunderland in 1999.

He would make his debut within days of signing in a 2-0 victory against Watford which was Sunderland’s first home game back in the Premier League in 1999-00. Incidentally, Stefan Schwarz also made his debut in the same game.

Injuries and loss of form meant that the Welsh international would only start fifteen times for Sunderland over the next four seasons.

Considering his early promise and also how many ex-Sunderland players refer to Oster as one of the most skillful players they played with in this era, it’s another player who goes into the “what could have been” bracket.

Sunderland’s return to Division One under Mick McCarthy was the catalyst for a return to the first team in 2003-04. He would make the starting line-up on forty-three occasions, as Sunderland suffered heartbreak in the semi-finals of both the play-off’s and the FA Cup.

The following season, new signings blocked the path to first-team football so Oster moved on loan to Leeds United, where an incident of gross misconduct resulted in his contract being cancelled by Sunderland in January 2005.

Almost immediately, Oster signed for Steve Cotterill’s Burnley, before moving on to Reading after seven months.

It would be a settled couple of years with the Royals, which included a record breaking championship winning side as Reading gained promotion to the Premier League.

A year at Crystal Palace would follow in 2008-09 before a move to Doncaster Rovers after his release from Palace a year later. In what was Oster’s most settled period in professional football he would stay at Donny for three years, playing over 100 times.

John Oster retired from football in 2015 after further spells with Barnet and Gateshead.

Without realising it when I set out this Played for Both edition, the majority of the players included seem to be those who undoubtedly did not fulfil their potential (for various reasons) with Sunderland or anywhere else after leaving Wearside.

So, it’s probably quite fitting that we finish this edition with Kieron Brady.

Brady made his debut for Sunderland November 1989, replacing Paul Hardyman as substitute for the second half during a 3-1 victory over Plymouth Argyle at Roker Park.

His second start for the club would come on the 24th March 1990, where the 13,896 in attendance at Roker Park were treated to a fantastic performance by an 18-year-old Kieron Brady.

West Ham United were the visitors and were challenging Sunderland for a play-off position, and would ultimately just miss out finishing two points behind Sunderland in seventh position.

After West Ham took the lead early on, Brady scored an overhead kick after 24 minutes to score his first goal for Sunderland. He followed this up, when Sunderland went behind again, by first receiving the ball from John MacPhail about ten yards inside the West Ham half.

His first touch took him around George Parris and he was off towards the Fulwell End. He rode two more scything tackles jinking both ways to edge of the West Ham box before Stuart Slater had to bring him down for a penalty to Sunderland. Brady would get another assist for the third goal as Sunderland eventually won the game 4-3.

Brady made Sunderland’s starting line-up on nine occasions before the end of the season, which unfortunately for everyone, not least Brady himself, would be his best return for the club.

After various serious injuries he attempted to regain his fitness with a move to Doncaster Rovers on loan and managed four games, scoring three goals.

Despite this, the impact of career ending injuries would prove too much and Kieron Brady left Sunderland and retired from the game in 1993, having made a total of forty appearances for the club.