With an old enemy looking to inflict some pain on Sunderland rolling into town this afternoon, we have to ask the question - will any Coventry supporters shout abuse at the Bob Stokoe statue in an act of severe and brutal retaliation?

Share All sharing options for: Match Preview: An old enemy are looking to derail Sunderland’s promotion train this afternoon...

The relentless nature of League One sees Sunderland play their fourth game in ten days as a buoyant Coventry City side travel to the Stadium of Light in search of not only three points to aid their own crusade towards promotion, but also to harm our chances of solidifying our position in the table.

The Black Cats moved into the second automatic promotion spot during the week and have the opportunity to edge closer to the Championship with another win, which if they managed. The Sky Blues still harbour ambitions of a play-off place and will once again prove a tough test for Jack Ross’ men.

With Jack Ross sick of doing press conferences every other day at the moment the responsibility fell to his assistant James Fowler, who expressed that Sunderland are more than wary of the threat that promotion-chasing Coventry pose to us:

Coventry are in a good run of form, they’ve been decent. We had a tough game against them down there, they’ve got quite a young squad as well and they’re playing some good football. We’ve watched their recent games, so they’ll be a threat.

I think they’ll believe that if they put a strong run together, they can sneak into the playoffs themselves. They’re going to be dangerous, but we’re at home and hopefully we can get a big crowd as well, just for the final push between now and the end of the season to get us over the line.

You can read our full transcript of Fowler’s chat with the media on Thursday afternoon by clicking here - he gave updates on the fitness of a number of players and some insight into how we’re preparing for a grueling month too, so it’s well worth five minutes of your time.

The draw against Burton Albion on Tuesday put Sunderland back in the automatic promotion places for the first time since December. The Black Cats are a point clear of third-placed Barnsley and seven points adrift of leaders Luton Town, with a game in hand.

The Tykes will be looking to bounce back from the defeat against Burton last week with a win at home to Fleetwood Town. Sunderland supporters will be hoping former Newcastle United favourite Joey Barton will be able to do them favour and put a further dent in Barnsley’s promotion ambitions.

Luton head to The Valley to face a Charlton Athletic side who will fancy themselves to sneak into the top two. Lee Bowyer’s side have won four of their last five and would love nothing more than ending The Hatters’ 28-game unbeaten run.

James Fowler confirmed that, in terms of what was said after Tuesday’s game, not much has changed on the injury front for Sunderland.

Dylan McGeouch is definitely out as he picked up a strain and had to come off against Burton, whilst Aiden McGeady and Lee Cattermole remain doubts having missed out of the last couple of games with their own problems. Chris Maguire - who broke his fibula at the back end of February - has returned to training and is an outside chance to make the squad.

Coventry were dealt a double blow at the weekend when two of their first choice midfielders picked up bad injuries.

Tom Bayliss has broken his arm, whilst former Sunderland man David Meyler has dislocated his shoulder and will miss the rest of the season - a welcome boost when you consider he often saves his best football for when he plays Sunderland. 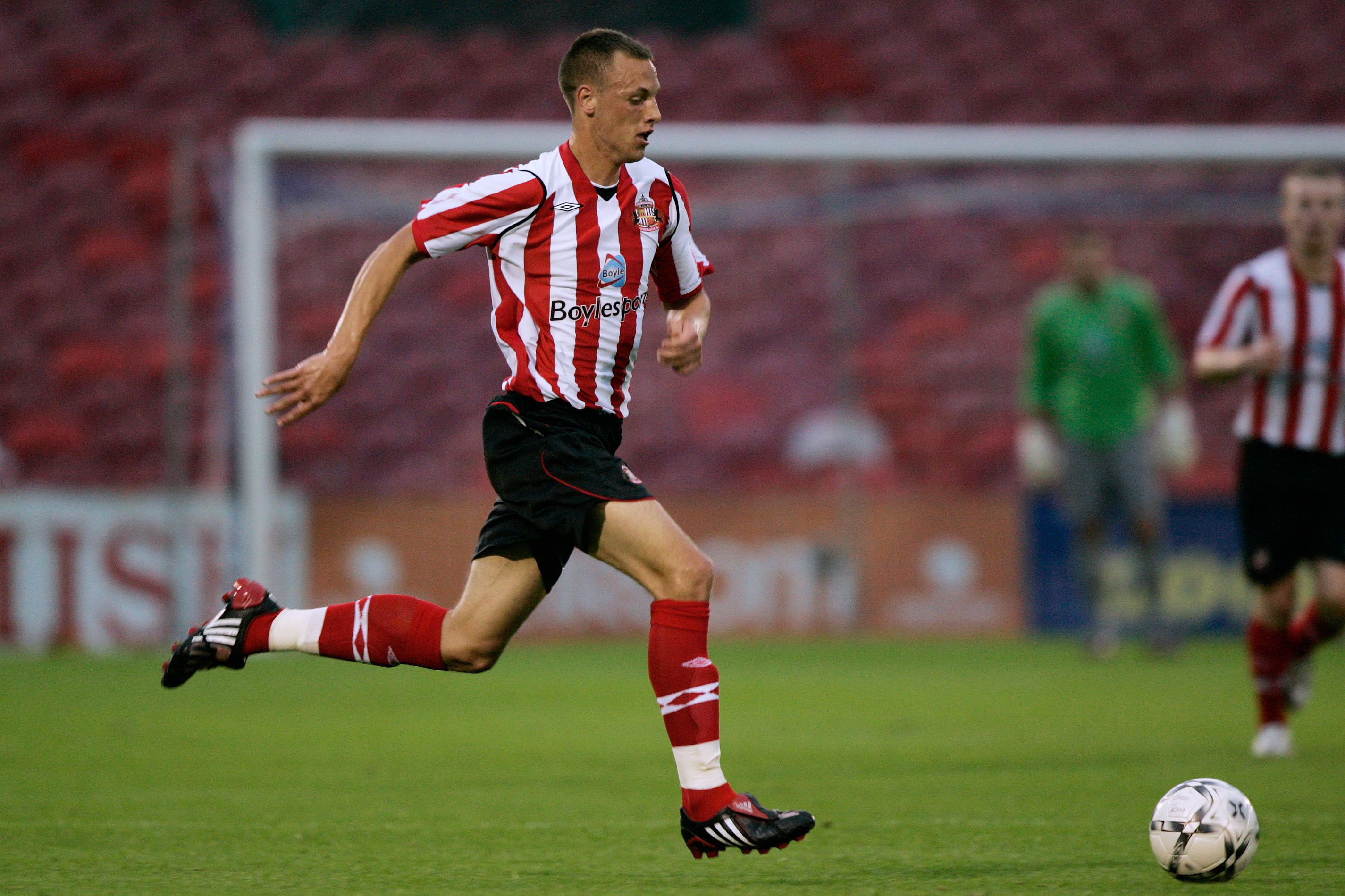 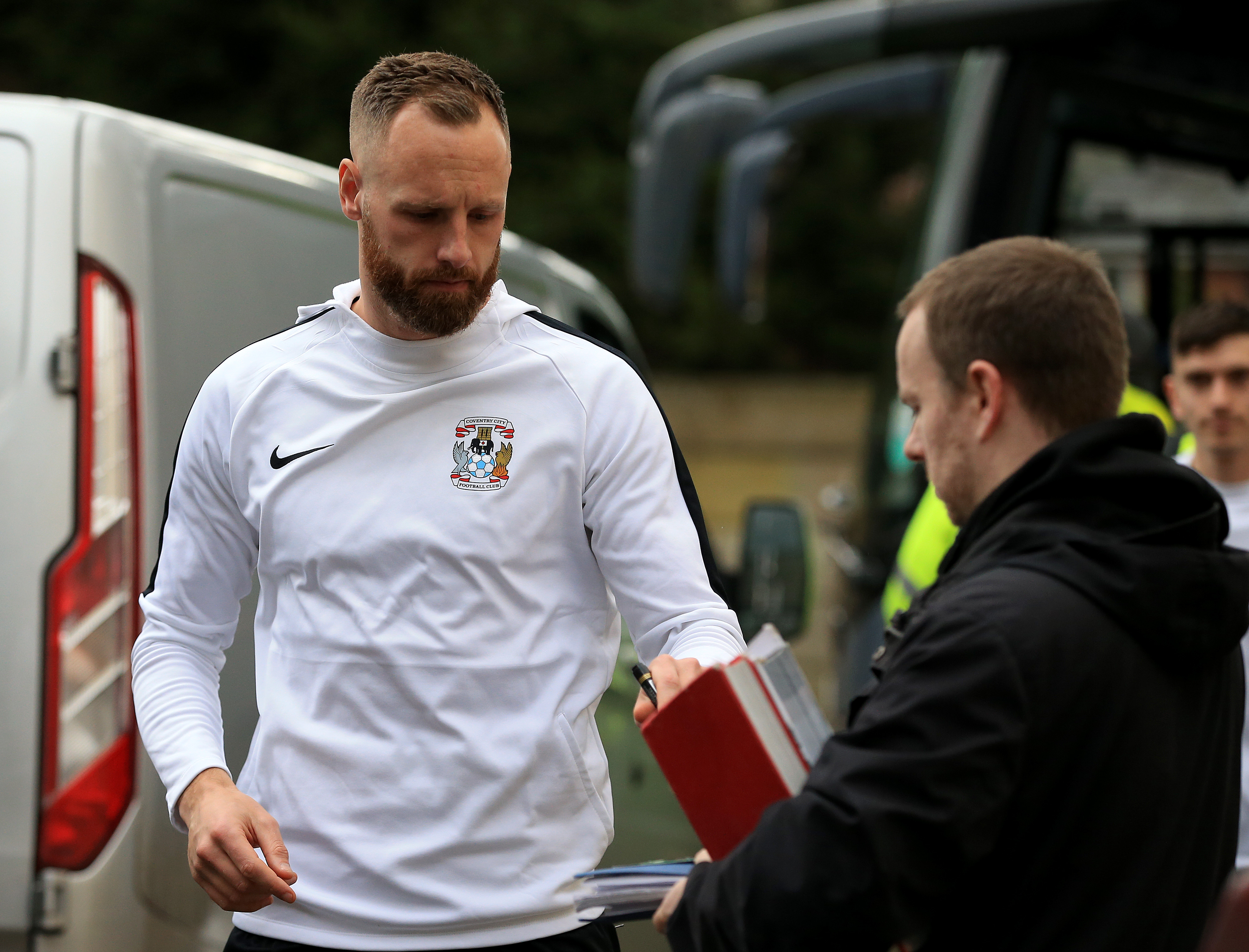 View from the opposition...

Coventry boss Mark Robins - like most managers who have visited our stadium this season - admits he and his side are relishing the prospect of an away day at Sunderland... which probably means they’ll come and park the bus for ninety minutes.

We’re all looking forward to it, it’s a brilliant game and we will have just under 3,000 supporters coming and they will get behind us. It’s a great game to be involved with at this time of the year.

They’ve been really good and they’re unbeaten so far this year and we want to test that and try get three points for ourselves.

They’re a good team and they’ve got some good players. They’ve got the best squad in the division, brilliant facilities, they have everything going for them.

They’ve had some real tough times over the last couple of years with relegation from the Premier League and then last season from the Championship, so they’ll be looking to bounce back as quickly as they can.

They have a few injuries that they’ve had to cope with, and the manager has come down from Scotland and has done an unbelievable job.

It will be a difficult test, but it’s one we are all relishing and we want to continue the form that we have been showing and hopefully we can turn things on its head and get a result.

It was a superb occasion the last time the two sides met, with over FIVE THOUSAND Sunderland fans cramming into the Ricoh Arena for a live Skysports 12:30pm kick off which saw us walk away with a point.

The Lads scored in an emphatic manner when Lee Cattermole was gifted a ridiculous amount of space in order to pass the ball into the net, celebrating in poetic fashion with the hordes of Mackems housed in the stand behind the goal.

But, all hope was killed when Jonson Clarke-Harris levelled up proceedings with just over twenty minutes left on the clock. In the end the tonnes of Lads fans who travelled south to see the team pick up with a win left slightly deflated - here’s hoping the same doesn’t happen again this afternoon in the return fixture.

Strange day. Here is a man who gets told off by a copper for shouting at a statue... pic.twitter.com/losb7Nm9nl