Talking Tactics: Will a change in style yield more positive results for Sunderland?

Sunderland have changed their style of play in recent games. There’s still work to be done, but will this help the Lads in achieving regular wins moving forward?

Share All sharing options for: Talking Tactics: Will a change in style yield more positive results for Sunderland?

Reading this week’s Talking Tactics piece by Phil Butler, I was intrigued by Phil’s assertion regarding Sunderland’s wing play and how having a strong central midfield allows us to play effective, direct football.

Whilst it is fair to say that Jack Ross’ main tactic during his reign at Sunderland has been to exploit the wide areas of the pitch, too often in the past Sunderland have looked to do this exclusively through their fullbacks, with the wingers coming inside to allow this to happen.

However, at the Stadium of Light on Saturday, the wingers - Gooch and Maguire - remained wide during Sunderland’s build up play, meaning that when the full backs did get forward this resulted in an overload against MK Dons’ wingbacks, rather than clogging up the central areas.

Now, rather typically, neither of Sunderland’s goals came through crosses into the box from wide positions, but the wide positioning of the wingers did contribute to both goals by creating the space from which first Power and then O’Nien put Sunderland two goals ahead by half time.

With Sunderland utilizing their wide players in a more traditional wing role, the space in the middle of the park that was previously being occupied by the likes of Gooch and McGeady is now ready to be exploited by Sunderland’s central midfielders, who no longer have to sit so deep.

Bolton was arguably the dreadful culmination of Sunderland’s previously insipid performances, and the positions taken by McGeady and Gooch reflect the fact that the wide players’ lack of positional discipline meant that Sunderland struggled to break down a stubborn Bolton side.

The fluid roles of the wide players meant that not only were we relying on our full-backs to try and constantly support the team, which allowed Bolton to break with purpose and pace, but we were essentially relying on the wide men to produce isolated moments of magic all over the park. Ultimately, this didn’t work as both McGeady and Gooch were limited to one key pass each.

Against MK Dons last weekend, however, our wide players were able to impact the game more effectively from wider positions as reflected in the below heat maps. Support came from both fullbacks and central midfielders. This change in approach subsequently led to more key passes from our wide players, allowing them more chances to create goalscoring opportunities for our forwards. 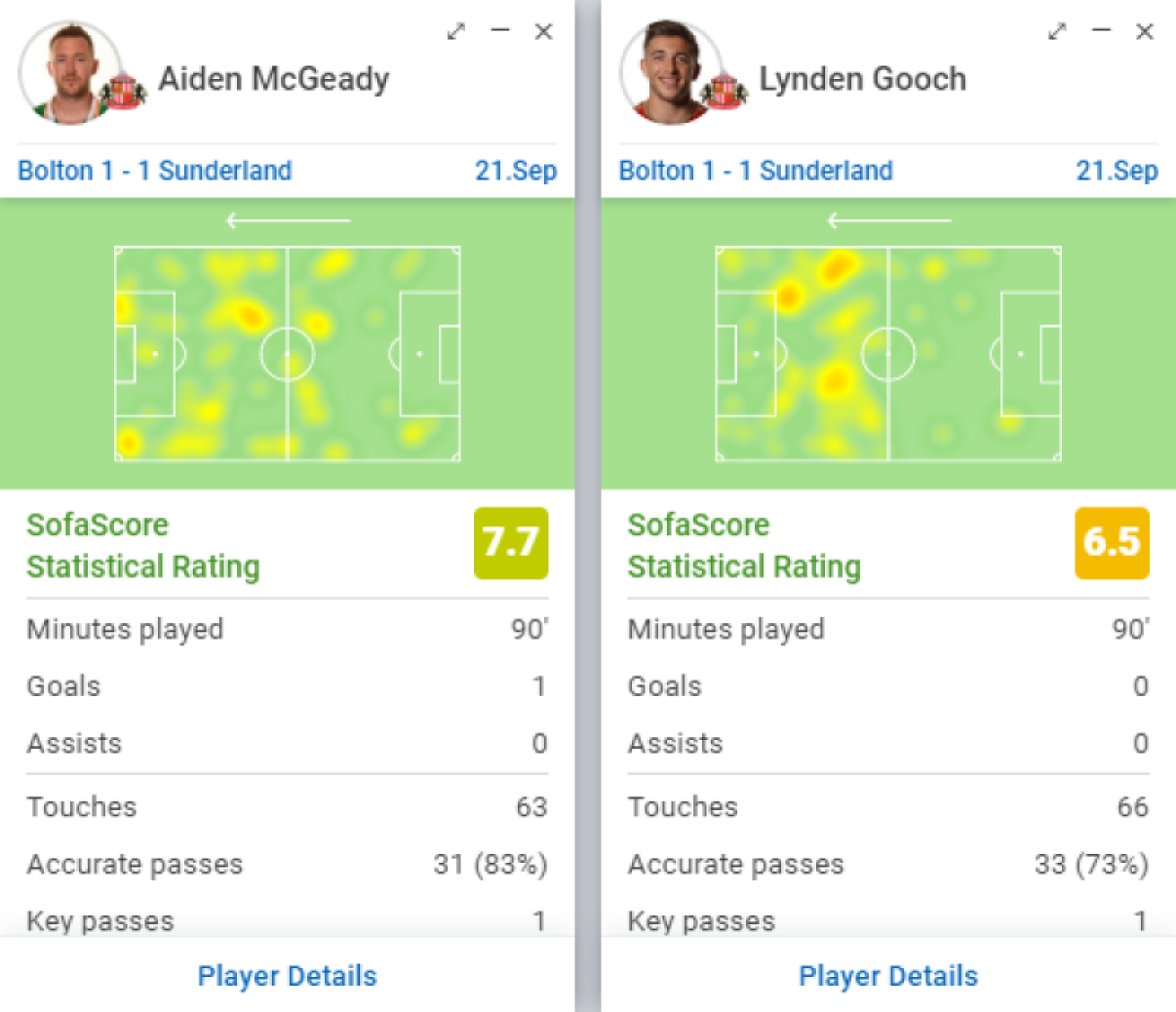 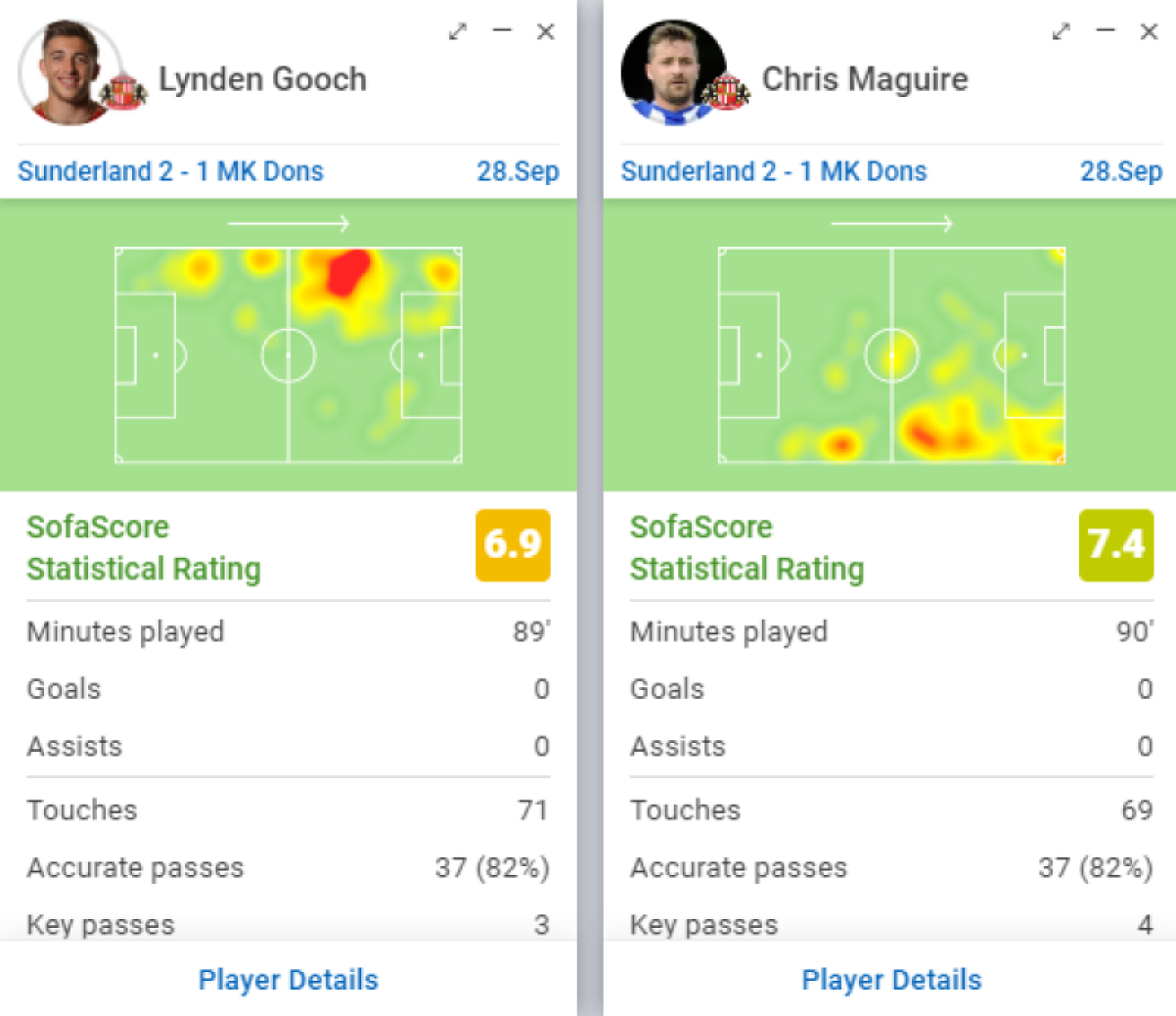 Furthermore, the decision - seemingly made ahead of the victory over Sheffield United - to encourage our wide players to stay wide also helps the team’s central midfielders to have more of a presence in the game.

Although Leadbitter had a decent showing against Bolton, notice in the heatmap below how deep he played during that game. Compare that to Power and McGeouch’s performance against MK Dons and notice the manner in which Sunderland are seemingly trying to influence the game higher up the pitch.

McGeouch struggled somewhat against MK Dons, largely when he erred from his shorter passing game; however, Max Power showed the kind of play that endeared him to fans early last season.

Marauding runs coupled with defensive solidity led to a goal and an all-round impressive performance. Simply being higher up the pitch allowed Sunderland to assert more pressure and affect the game. 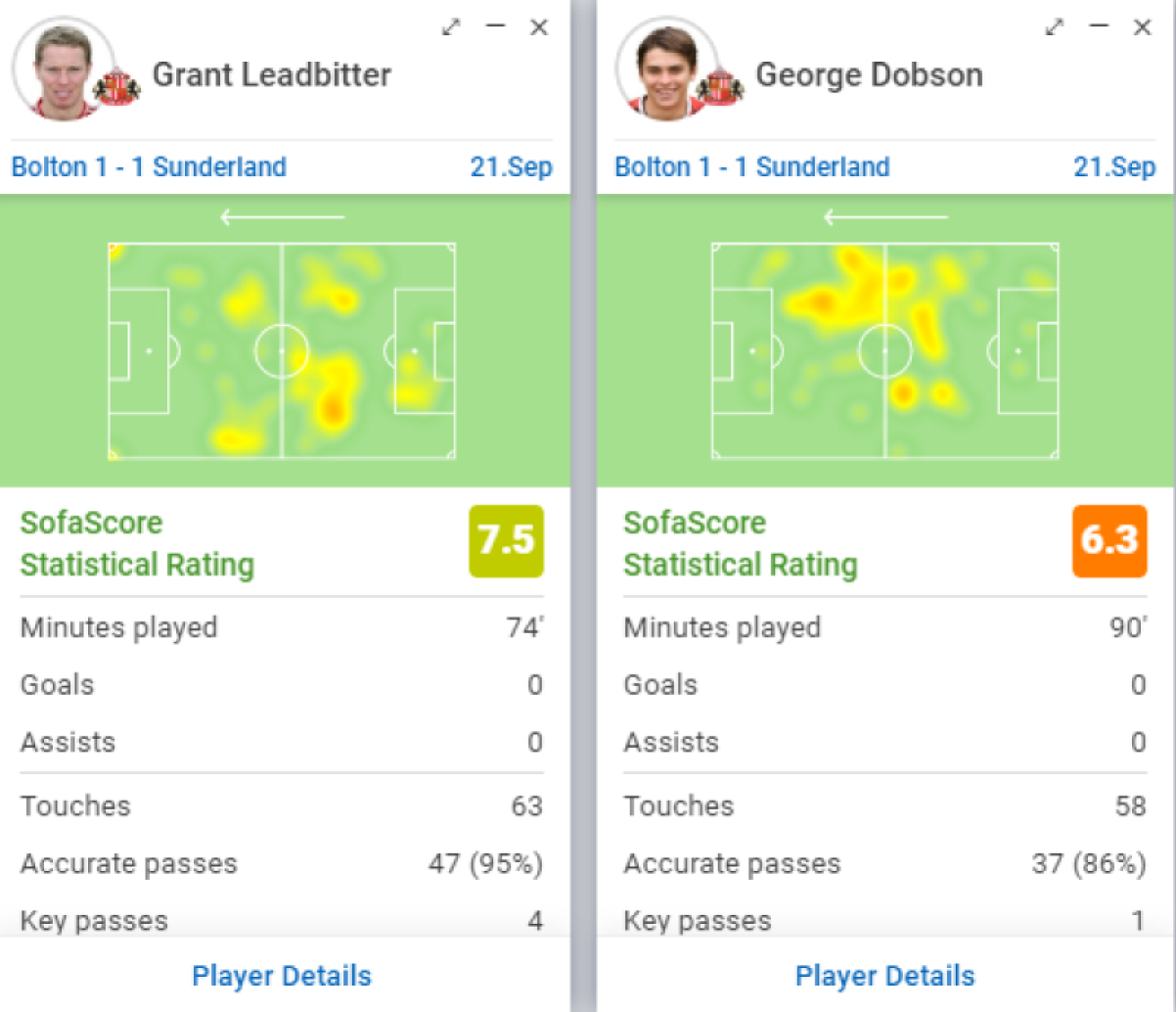 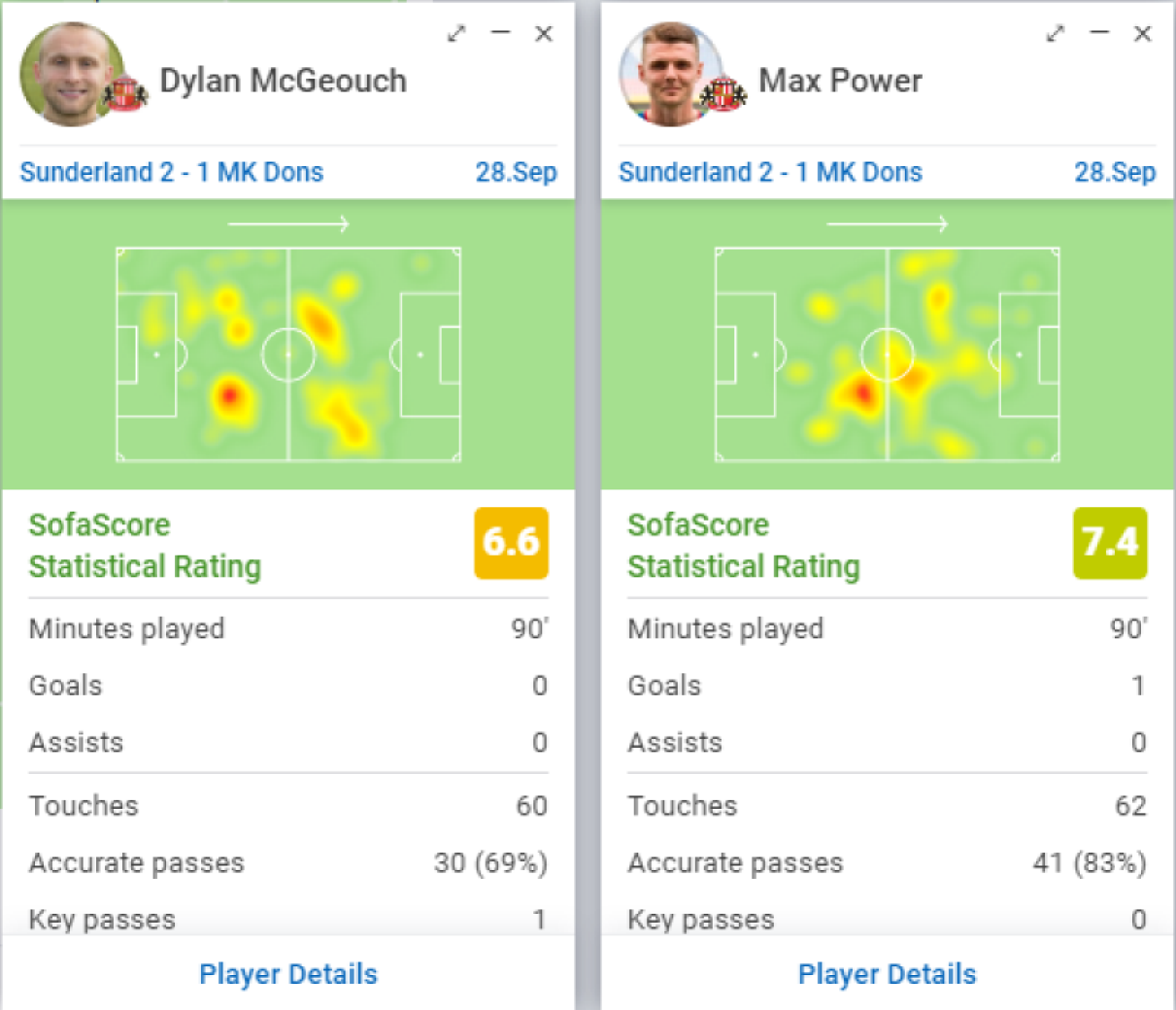 That’s not to say that Sunderland were fantastic against MK Dons, because the second half showing was particularly poor, and there’s clearly still much to be worked on.

However, the evidence available suggests that Jack Ross and his team have identified a general weakness to our play that can be remedied. Relying on fluid wide men to create moments of magic isn’t a particularly effective method of winning games - in fact, many fans have argued that we are too reliant on Aiden McGeady to deliver the goods.

Instead, Sunderland are now looking to play a game that allows players to better support one another, meaning there are more options when in possession, there is an increase in the ability to create chances, and the possibility to have an effective high press.

With a back four of McLaughlin, Willis, Lynch, and De Bock focusing on defending first and foremost, Sunderland’s midfield can now focus on what matters the most when seeking promotion: creating goals and supporting our forwards.

Hopefully the Lads can continue to develop what looks to be a promising signal of intent.