Sunderland linked with loan move for Boro striker; What’s he like? Here’s the view from Teesside

Newspaper reports have linked Sunderland to the loan signing of former Manchester United striker Ashley Fletcher. Who is he, and is he any good? Here’s the verdict of a Boro fan who has watched him play this season.

Share All sharing options for: Sunderland linked with loan move for Boro striker; What’s he like? Here’s the view from Teesside

Newspaper reports yesterday evening have linked Sunderland with a loan move for Middlesbrough striker Ashley Fletcher - who only signed for the Teessiders this past summer when he arrived from West Ham in a deal worth £6.5m on a four-year contract.

The 22-year old - who started out at Manchester United before moving on eventually to East London in 2016 - has found his time on the pitch at the Riverside limited this season, mainly as Tony Pulis’ squad has a wealth of decent striking options and opportunities to impress have been few and far between.

The report which appeared in the Mirror yesterday night claims that a host of Championship clubs are interested in taking Fletcher on loan, with Barnsley and Norwich credited as the other front-runners for securing his signature.

In his short career thus far Fletcher has made two appearances against Sunderland, both as a substitute - one as a late change in our defeat away at West Ham last season, and one in the final ten minutes of Boro’s 1-0 victory at the Riverside in November.

Of course, we could pretend to know all about Fletcher and what he brings to the table but that’s just not our bag - so, as such, we collared friend of Roker Report Jimmy Lees - presenter of Boro Fan TV - to get his views on why things haven’t perhaps worked out for the striker since he arrived on Teesside in the summer, and whether or not he thinks that Fletcher would be a good signing for Sunderland.

RR: So... Sunderland have been linked with a loan move for Ashley Fletcher. Boro paid a fair wack for him in the summer, and he’s just not been able to force his way into the first team on a frequent enough basis. What’s gone wrong for him?

JL: There are a number of reasons, to be honest. First of all, Garry Monk went striker-happy in the transfer window and bought Britt Assombalonga, Fletcher and Martin Braithwaite in addition to Patrick Bamford and Rudy Gestede.

Because of this, time on the pitch has been limited for the lad. Therefore, he had to impress instantly to keep his space in the team but, also, in order to impress our very impatient fans.

You can see there’s a talented footballer in there. This move just hasn’t been right for him. I think he has a point to prove now, which is exactly the kind of player Sunderland need in my opinion. If you can give him a run of games and get his confidence up, then you have a player. Will your crowd be patient enough with him, though?

RR: Erm... they’ll have to be I suppose. We have very little in the way of choice up front and Coleman needs at least two strikers before the window closes. Problem is, we need the players that arrive to be capable of scoring the goals to get us back up the division. Do you think that he has it in him?

JL: He can finish. He has pace - a nice drop of the shoulder. He’s good in the air. He just needs a run of games to get match fit. He’s scored a few for us without hardly playing. He scored for the U23s at Blackburn on Sunday as well.

Like most young strikers, he needs confidence. I think that Chris Coleman could be a great manager for him.

RR: What’s the talk on Teesside - do people genuinely expect Fletcher to leave, and do Sunderland seem like a logical destination? Will Boro be keen to lend a player to a side they class as a rival?

JL: Tony Pulis has pretty much said he isn’t his kind of player. Because he hasn’t scored twenty goals already this season, Boro fans won’t be too sorry to see him go. But, we would all genuinely like to see him succeed and Sunderland would be a great destination for him, mainly because of the manager. Coleman is very much an ‘arm round the shoulder’ kind of manager, which is just what Fletcher needs. 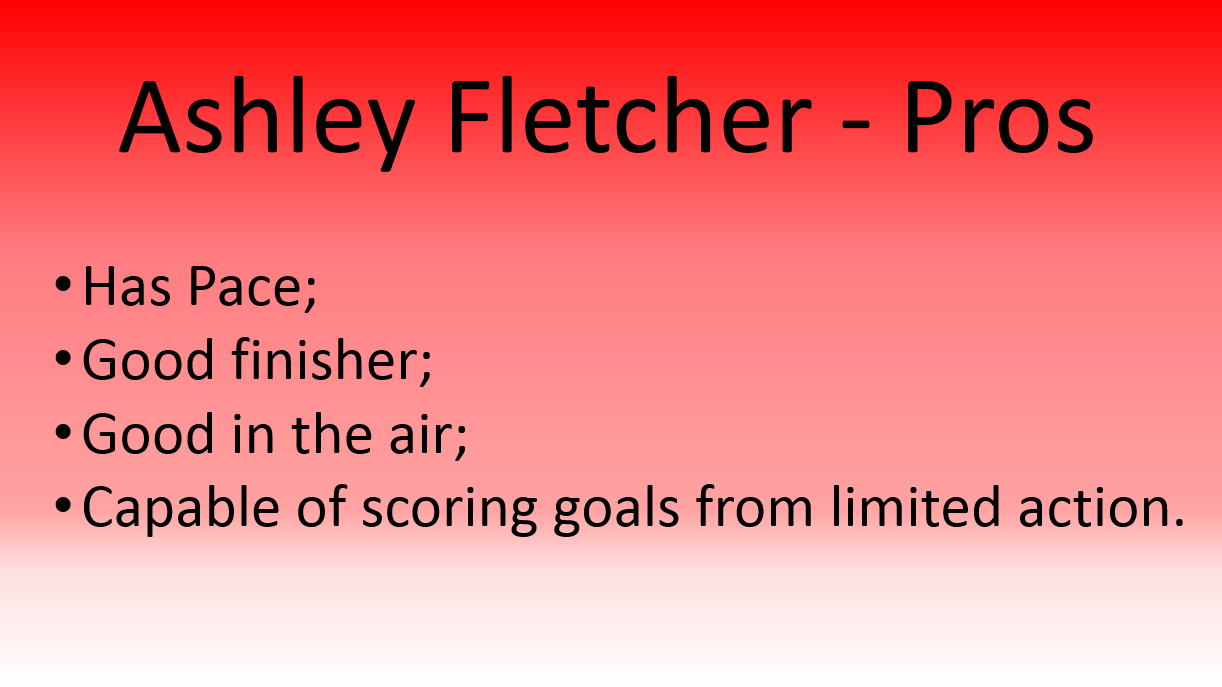 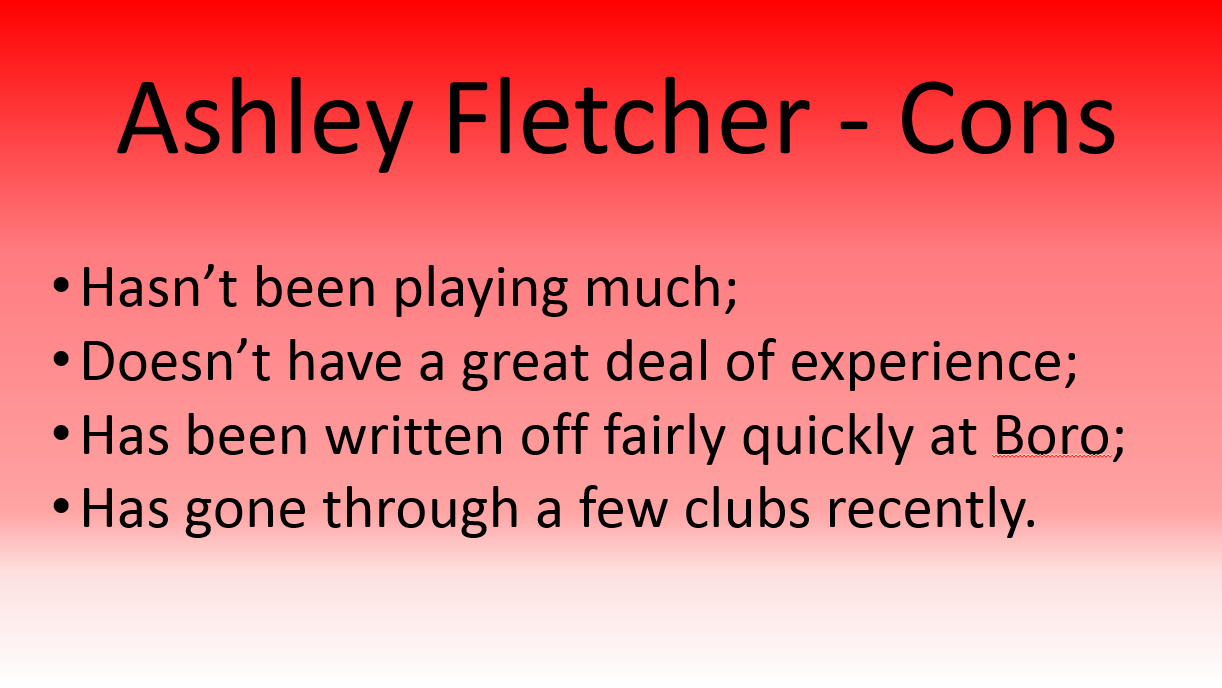 It would appear that whilst Fletcher has all the raw abilities to make it as a top forward in this division, he’s found playing time limited since arriving at Middlesbrough and whether he’s sharp and ready enough to make the immediate impact that would be required of him at Sunderland is anyone’s guess.

That said, we can’t really afford to be picky, and you have to take in to account the competition for places up front at Boro when judging Fletcher. Unfortunately for him, more experienced players have been placed ahead of him in the pecking order and since Tony Pulis arrived Rudy Gestede has been the preferred choice up top.

We’ll have to wait and see whether there’s anything in this rumour, but I can’t say that I’d be disappointed with the loan signing of Fletcher. He has energy, pace and presence - attributes that our forward line is sorely lacking at present.