Take some painkillers, shake off that horrendous hangover and reminisce about the time we brought in the new year with a bang.

Welcome to 2018. How’s your head? I hope you all enjoyed your New Year’s Eve and spent it with your loved ones, pints in hand, discussing just exactly how you expect Chris Coleman’s relegation-threatened Black Cats to line up today against Paul Heckingbottom’s Barnsley as the clock hit midnight.

Across the UK, the dawn of a new year is brought in watching Jools Holland, partying in town or just finishing off a bottle of whiskey in your underpants on your own and getting drunk enough to remember the good times, promising to make the following year the time when they will return.

As Sunderland fans, the good days are few and far between, but sometimes there’s chinks of light, the days when you remember supporting the Lads is the best thing in the world, those nights you celebrated a win so hard you became the Mackem Randy Marsh, the Father Jack of Wearside. Drink. FTM. Sunlun.

So whilst you’re trying to pull yourself out of bed and convince yourself to get to today’s game despite a mammoth hangover, let’s rekindle memories of a famous 1-0 victory over big spenders Manchester City, and remember just how remarkable supporting the men in red and white can be sometimes.

Going into the game, Roberto Mancini’s team were looking to take full advantage of Manchester United’s slip up at home to basement club Blackburn Rovers; whereas we were sat in 14th place enjoying an upturn in form following the arrival of Martin O’Neill.

Injuries had meant Craig Gardner and Jack Colback were our stand in full backs as rookie James McClean made his first start for the club. An injury to Wes Brown also meant Matthew Kilgallon made his first appearance in over a year midway through the first half. Manchester City, on the other hand, were at full strength.

A crowd of 40,625 piled into the ground hoping to see fight, passion and a solid defensive display to bring in 2012 on Wearside, but even the most optimistic of Sunderland fans couldn’t foresee how that afternoon would pan out. It was quite literally breathtaking. 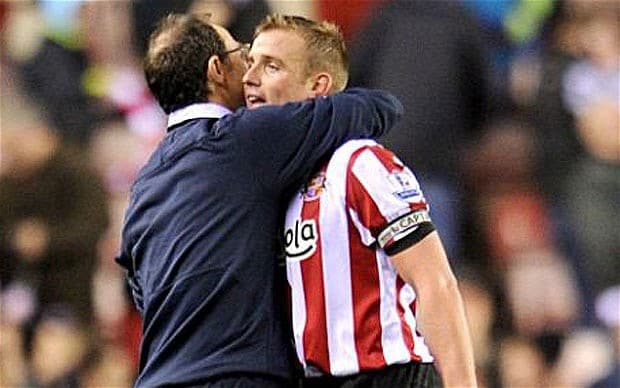 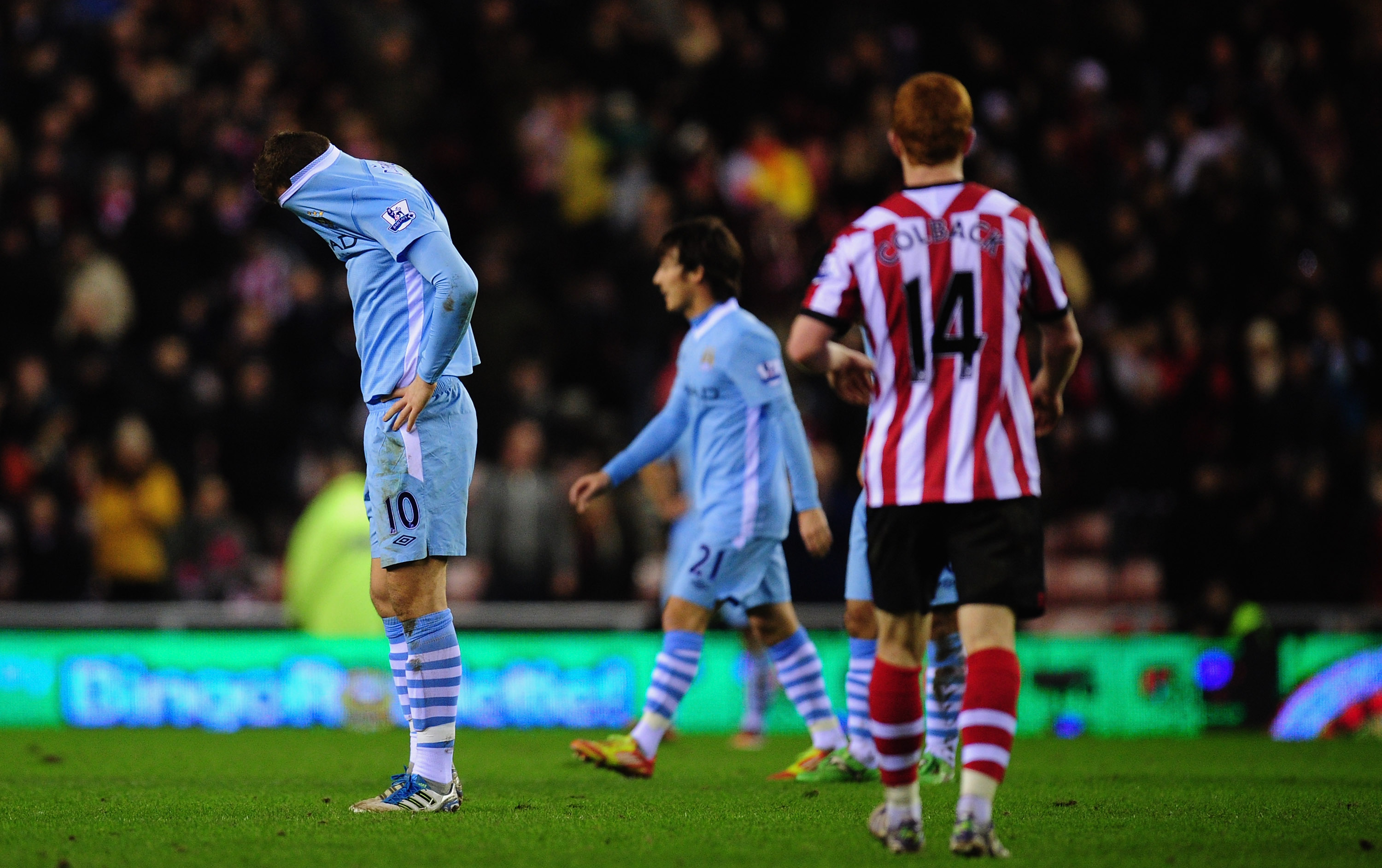 City dominated possession early on, but an incredible performance from Lee Cattermole typified the team’s performance on the day; the atmosphere in the crowd embodied the battle shown the pitch as each tackle, block and clearance was met with a roar not heard at the Stadium of Light since the heady days of Quinny and Super Kev.

It was a defensive performance that would make most coaches salivate uncontrollably, such was our fire and energy all over the pitch. The determination to keep the masked Simon Mignolet’s net from bulging was truly exceptional with the makeshift back four throwing their bodies in the way of everything heading in the direction of our goal. It was a fierce, gritty, energetic Sunderland performance that matched the very identity of its people - and we loved every minute of it.

That’s not to say it was all one way traffic as the excellent Stephane Sessegnon narrowly missed following an intelligent break from the back, a chance that was sandwiched in between two near misses from the visitors - one of which pinged off Mignolet’s bar with only a minute of time to play as an increasingly desperate City bombarded the Belgian’s area. However, as Micah Richards' header struck the bar, it began to look like it was not going to be City’s day, but ours.

“Twenty seconds of the added time left. Martin O’Neill saying get forward, we can nick it here!”

Deep into stoppage time, as City threw the kitchen sink at us, a headed clearance landed at the feet of Seb Larsson. Barely able to move, such was the ferocity of his flu bug he bravely played through, he was roared on by a crowd that sensed Martin O’Neill’s Sunderland could nick a last gasp winner.

As the Swede passed to James McClean marauding down the left wing, he collapsed into a heap on the floor, unable to take his legs any further than the centre circle. The effort that the team had plunged into the game was evident in the player’s utter exhaustion, only the intensity and desire from the hungover Mackem hordes pushed the Irish winger forward.

And as Sessegnon exchanged passes with the South Korean Ji... well, the rest as they say is history.

England number one Joe Hart rounded, an audible gasp of air and pandemonium in the stands. Visibly shell shocked, Ji ran towards to the corner of the North Stand and was instantly piled on by players and fans alike - even managing to grab a smacker from one of the locals.

It was sheer madness, utter jubilation and a moment to savour for Wearsiders young and old. It was a moment that encapsulated why we love this bloody team and a reason why some of us can never turn our back - because no matter what, there’ll always be a Sunderland.

So whilst you lie in your bed, with your throat like sandpaper and your noggin spinning, contemplating if you really can drag your carcass to the cold north bank of the River Wear after all our recent disappointments, brush off those ghosts from the night before, stick out your chest and remember that whilst it might be shit being a Sunderland fan most of the time, there’s no other team you’d rather call your own.

Because when it’s comes to Sunderland AFC, no matter how unlikely - just like New Years Day 2012 - “it ain’t over till it’s over”.