Looking (well) ahead to the summer - who of Sunderland’s out of contract players should be kept?

The Summer of 2018 will be here before we know it and (hopefully) Chris Coleman will call the shots as another overhaul commences. Roker Reporter Mark Carrick takes a look at who could stick around and - for better or worse - who will end up out the door.

Share All sharing options for: Looking (well) ahead to the summer - who of Sunderland’s out of contract players should be kept?

Last summer, eight Sunderland players found themselves out of contract as our annual overhaul commenced.

John O’Shea and George Honeyman, on the other hand, both signed new deals which will keep them on Wearside until June 2018 and 2019 respectively.

And this summer we’re likely to see a similar situation, with four loanees due to leave on May 31st and five permanent players seeing their contracts expire on June 30th. Are any likely to be seen in a (hopefully better designed) Sunderland shirt in the 2018/19 season?

Of those loanees, perhaps Lewis Grabban is the one most pundits outside Sunderland would consider our top priority to secure on a permanent deal.

Being thoroughly touted about by his agent - which has caused journalists around the country to regurgitate comments Eddie Howe made weeks ago - will have done Grabban’s prospects of earning a permanent move somewhere no harm.

Should that be via a Bournemouth recall clause this January, Sunderland would probably dip out of any ‘race’ for his signature. It’s highly unlikely the club would stump up even a £3m relative pittance for their current top scorer in the winter window - despite having pockets deeper than Scrooge himself.

Would the summer bring a different story? Again, unlikely, as Grabban simply doesn’t fit the brief as a long-term signing. He’ll be 30 and have little long-term resale value. Stung by losses such as Jermain Defoe for nothing, the club have - in recent years - started to recruit with one eye on a future sale.

Plus, the emergence of Josh Maja may well leave the club wondering why they need to shell out for a player who - let’s face it - doesn’t have the work-rate of the type of forward that Chris Coleman prefers, when a bright, young Academy graduate might perhaps be capable of filling his boots in the long-term.

Jonny Williams is a better fit for the archetypal Sunderland signing and ticks the boxes for Coleman too - or at least he would if he could ever make it onto the grass. 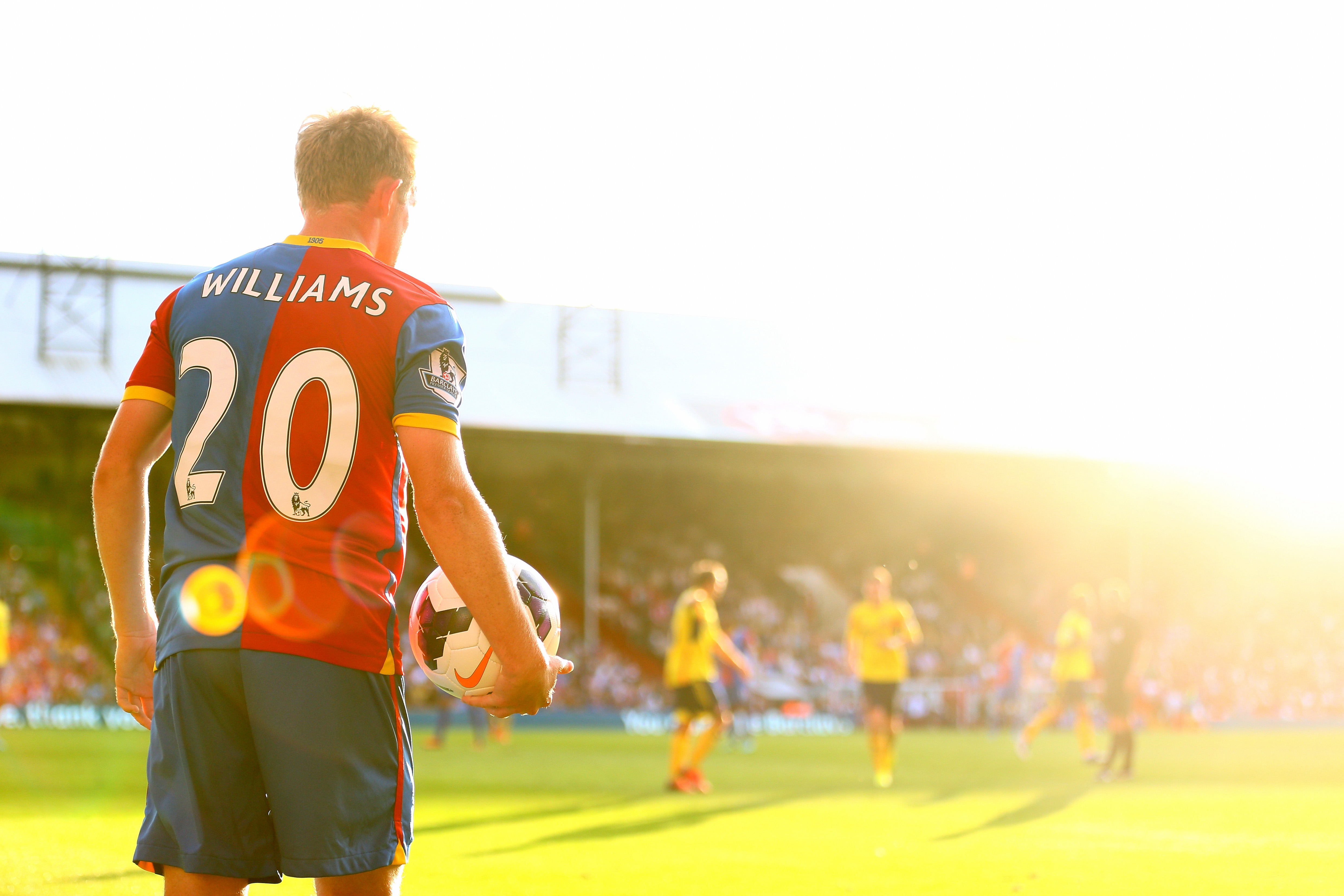 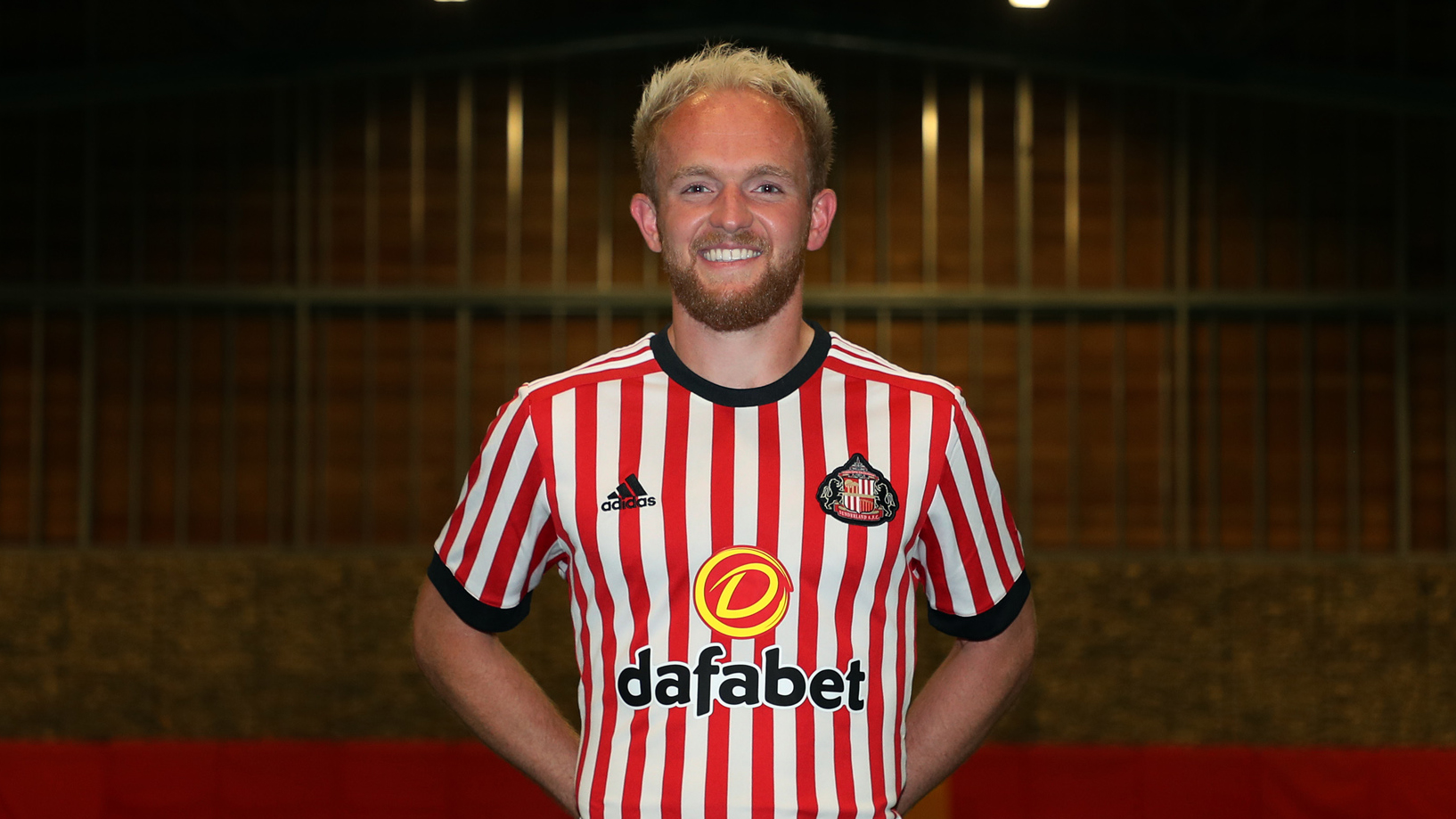 A creative, attacking midfielder of only 24 years, the Wales international would surely benefit from having Coleman at club level to develop him further, and Sunderland could be looking at a potential profit in three or four years. Unfortunately, his injury record is shocking and he’s suffered because of it almost everywhere he’s been. Can the club afford to once again have a perpetually injured player on its books? There was a blatant reason why both Anichebe and Kirchhoff were released.

How about the Everton duo, Brendan Galloway or Tyias Browning? Both fit the age bracket and both came with a bit of potential. However, it’s fair to say Galloway hasn’t lived up to the billing and may struggle to get in the match-day squad when Oviedo returns.

On the other hand, Tyias Browning is a young man with his best years most certainly ahead of him. He was arguably Simon Grayson’s best centre-back and has adapted well to Coleman’s three-man central defence. His pace, strength and positioning are vital assets for such a young defender, and under Coleman I suspect he will only get better. The club could do worse than ask for him as a makeweight when Sam comes calling for Kone in a few weeks time.

What Sunderland can expect from Browning & Galloway; Q&A with Everton fansite GrandOldTeam

So maybe one from four when it comes to the loanees, but what about the contracted Sunderland players?

Mika is a goalkeeper, apparently, who is under the employ of Sunderland AFC - so sought after by Davie Moyes that he pushed his registration through after the window had closed. Surely this is someone we would come to see as a shrewd, important signing? Well, no. In typical Moyes fashion, he’s just become a burden on the wage bill and, even if he’s not in the same league as Jack Rodwell for taking cash for doing precisely nowt, Mika is likely to depart the club without playing a league game.

Marc Wilson was signed only until the end of the season. It’s probable that Sunderland simply took on his contract from Stoke City, and I’d suggest it’s unlikely to be renewed here anymore than it was there - unless he can stay fit and in the team.

Again, his age may be a barrier to a longer deal, but a bigger cause would be his form. He hasn’t replicated any of his Premier League attributes since he’s arrived - save for a decent showing against Fulham last week - and injuries have cost him time on the training ground. Despite a better showing under Coleman, perhaps his best days are behind him.

His fellow centre half, John O’Shea, will be 37 by the time the season ends and he’ll surely ride off into the sunset, perhaps even venturing into a coaching career, whilst alongside him could be Billy Jones, who also sees his current deal expire upon the completion of our current campaign.

Just as Grayson was walking through the exit door, Jones picked up an injury against Boro and Adam Matthews has taken his place ever since. Matthews has improved tremendously under Coleman and I suspect Jones will struggle to dislodge him. Jones hasn’t been our best right back ever, but then he’s hardly a Gareth Hall either. Come the summer, we need to be looking at a replacement, either as cover for Matthews or even a full upgrade in the right back position. Either way Billy; it looks like your time is up.

And that leaves Darron Gibson.

He’s a strange one. A few weeks ago most fans would gladly have trussed him up and thrown him into the departing Grayson’s boot as a parting gift, but recently he’s been another that has undergone rejuvenation in the system that Coleman has deployed.

Darron Gibson is slowly re-building his reputation with Coleman’s Sunderland; can he sustain it?

Playing to his strengths and surrounded by younger, more energetic, midfield partners, Gibson has had time and space to be effective. But is this going to be enough to earn a new deal? I doubt it, especially if McNair replaces him upon his return. But never say never. Coleman will have limited funds and, with no resale value to speak of, he might just do a ‘JoS’ and be kept on for a year, if his performances continue at this level for the months to come.

A lot will, of course, depend on what happens in January. It is likely that the powers will be will limit Coleman to strengthening via the loan market this winter, even if the likes of Lamine Kone do find a new home. Come the summer, though, Sunderland will reportedly bank a balance for the Lens transfer and a fee from Milan for Borini.

You’d imagine that Wahbi Khazri will be sold - to Everton or elsewhere - and we may even have a buyer for Djilobodji who seems, strangely, to be doing alright in France. Other possibilities are Cattemole, Love, Rodwell or even Ndong. Perhaps not for vast sums, but losing them from the wage bill could help with squad rebuilding in the summer.

Martin Bain must realise that Coleman will need six replacements at least - a couple of centre-halves, a fullback, a holding midfielder and a forward as a minimum in order to replace those that we’re likely to lose.

We also need to consider those entering their own final year: namely Robbin Ruiter, Adam Matthews, Jack Rodwell, Callum McManaman, George Honeyman, Lynden Gooch, James Vaughan, Josh Maja and Joel Asoro. The club will need to box clever in retaining the likes of Maja, Asoro and Gooch and seriously consider one or two others for contract extensions. Then the difficulty is whether to sell the others, if there are buyers to be had, and can we replace them if we do?

There are some big decisions to come and a lot will depend on just who steps up to the plate and who falls by the wayside. Either way, Coleman has a tough job on his hands with this rebuilding project that is Sunderland AFC.