Make Your Case: Would you have ‘the Ginger Pirlo’, Jack Colback, back at Sunderland? VOTE!

Jack Colback has been linked with a move from Newcastle to Sunderland in the upcoming January transfer window. Would you have him back? Vote in the poll at the bottom of the article.

Share All sharing options for: Make Your Case: Would you have ‘the Ginger Pirlo’, Jack Colback, back at Sunderland? VOTE!

Jack Colback... the man who couldn’t wait to leave Gus Poyet’s Sunderland and jump into the loving arms of the Geordie Nation and Alan Pardew... he man who knew he’d be “hated” for the rest of his days on Wearside... the flame-haired, crab-like central midfielder who was relegated with Newcastle United mere months after proclaiming he “couldn’t bare” another relegation battle at the Stadium of Light....

I don’t really need to go over why it would be morally wrong for Sunderland to re-sign Colback - we’ve all read the quotes he spouted out like a cheap version of Steven Taylor upon signing for his ‘boyhood club’ back in 2014.

No, forget those reasons - he’s also just an average at best midfielder. His best games at Sunderland came when playing as a left back, and if that isn’t testament to how horribly average he was in the engine room, I don’t know what else is.

In 135 games on Wearside he managed to hit the back of the net a paltry four times - although I do remember one of them with particular fondness. 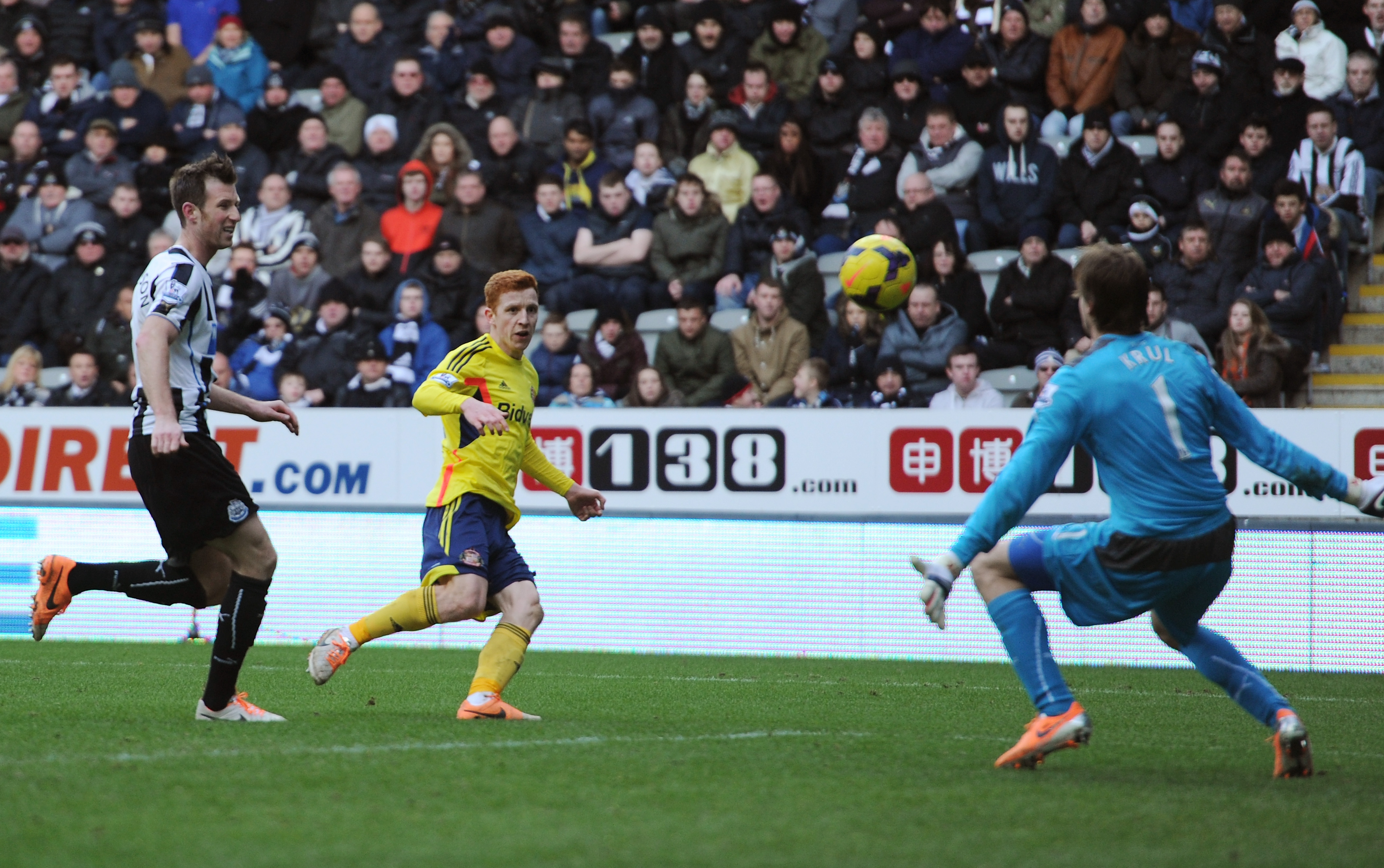 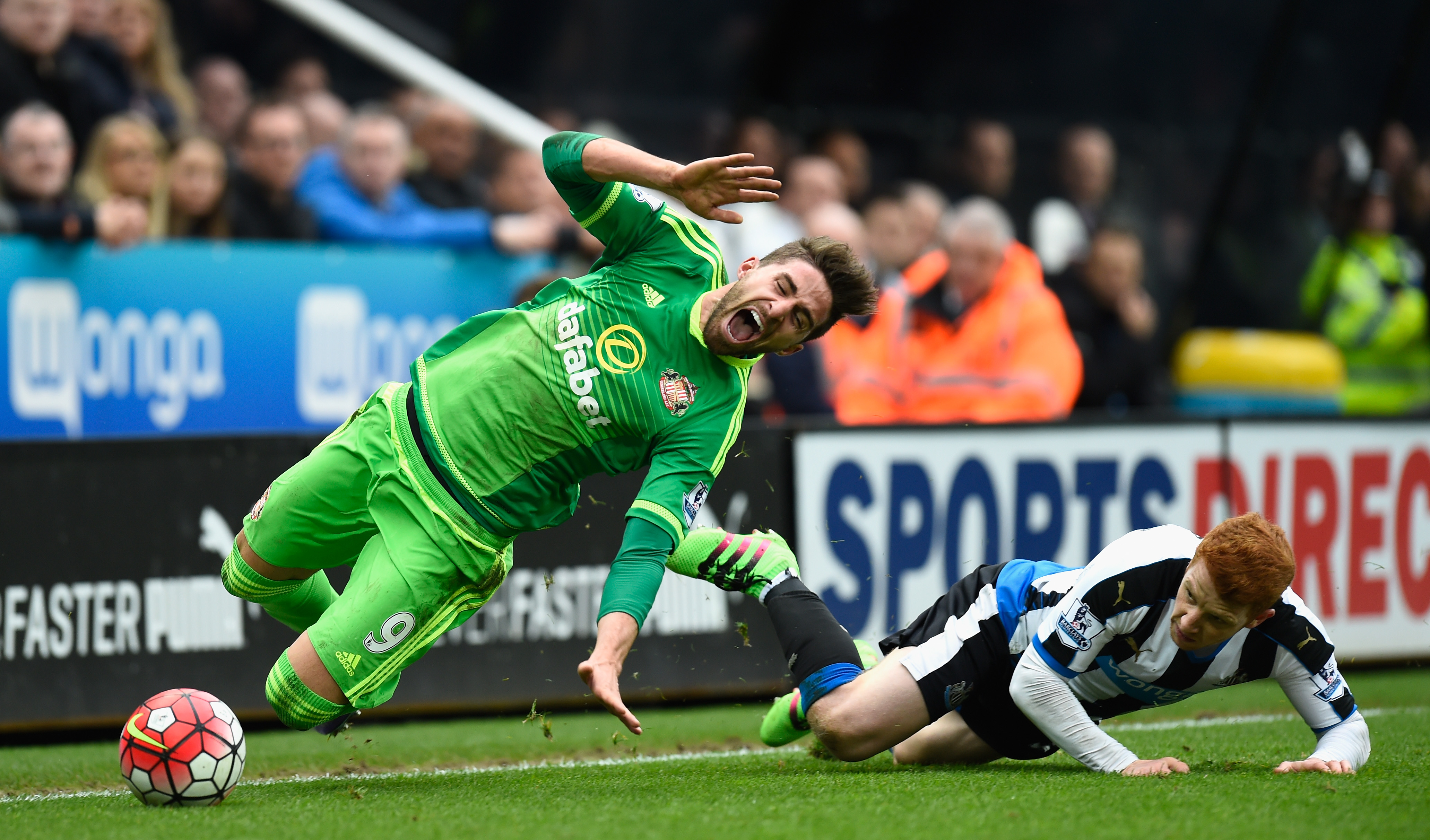 Colback joined Newcastle as he was reaching his peak age as a footballer and initially he impressed, even managing to somehow con his way into an England squad following a decent display against Manchester City which was televised live on Skysports.

But the truth is that for all the rubbish he spouted to the Newcastle supporters in order to gain their trust and approval, his ability has digressed in recent years - there’s a good reason why terrible players like Mo Diame get into Newcastle’s starting eleven regularly whilst that plonker can’t even get into their 25-man squad.

There’s absolutely no good reason for bringing Jack Colback back to Wearside, so hopefully there’s nothing to these rumours and we can all move on with our lives without having to worry about being saddled with a player that couldn’t have made his contempt for this club more obvious.

There is nothing more I relish in the world than a bunch of football supporters utterly fuming over something that doesn’t really matter. Whether it be Garth Crooks maligning Paul Pogba for having a haircut, yer da getting angry about Jesse Lingard dancing or everyone with a Union Jack in their Twitter bio popping a blood vessel when they see James McClean not wearing a poppy.

The sheer meltdown that would occur if we brought Wor Jackie Colback back to Monkwearmouth would be something for the ages. Newspaper columns would be filled with incandescent rage that someone had the temerity to swap the red and white for black and white, and he would no doubt be booed from the moment he strolled out on to the hallowed turf.

However, the question must be raised. If we are all on this Chris Coleman bandwagon and the smouldering Welshman deems ‘Ginger Judas’ (that’s copyrighted by the way, so don’t even think of robbing it) to be a useful addition - do we question the manager’s thinking? If these rumours are true (which they probably aren’t), you would have to look at it from Coleman’s view.

Here we have a player with Premier League experience, available within our price range, “knows the club” and is hungry to prove himself once again. If he didn’t play for Newcastle United then it would a relative no-brainer. It would provide another option should Gibson or Cattermole break down during the season and, lest we forget, he did win the Championship with Newcastle earlier this year. And also, let’s be honest, did he actually want to move to Newcastle in the first place? Didn’t he desperately try to move to West Ham instead? That was the rumour at the time.

Naturally, all of this will be overlooked in the face of angry, angry partisanship so I have another idea.

We loan him, but casually leave out his actual job title in the contract. When he rocks up to the Stadium of Light and gives a grovelling apology as part of his introductory interview - we then tell him that the only way he plays is when he finishes cleaning the toilets in Sinatras.

He also has to walk the dog of every Sunderland supporter along Roker Beach at the same time, put together a coherent strategy of what to do with the Vaux site, successfully amend the result of the 2021 City of Culture, build an airport in the Wear, personally give me a £10 note, sort out the fortnightly bin collections, reverse Brexit and walk around Jacky White’s market dressed as a carrot while people queue to kick him in the balls.

And after all that, he can be an unused sub in a 3-0 home defeat to Barnsley.

Who do you side with - would you have Jack Colback back at Sunderland?