Shoutout to my ex; Which Sunderland players exist in the 40 teams above in the league pyramid?

As Sunderland sit in 41st place in the pecking order of English football, I’ve scouted the top 40 to see if any of our former players have moved on to ‘bigger’ and ‘better’ things.

Share All sharing options for: Shoutout to my ex; Which Sunderland players exist in the 40 teams above in the league pyramid?

Who can forget the man with the greatest jawline English football has ever seen?

Whitehead experienced two promotions and a relegation on Wearside over his five seasons at the club, making a total of 200 appearances for the Lads.

After leaving Sunderland for Stoke in 2009, Whitehead’s career was seemingly past its peak as he struggled to make a significant impact.

Whitehead now, however, finds himself a serial bench-warmer at giants Huddersfield, having only made two appearances so far in their maiden Premier League campaign as they sit in eleventh position.

Even though he now plies his trade in the Premier League, whether the veteran midfielder would make an impact in our current squad is very much up for debate. 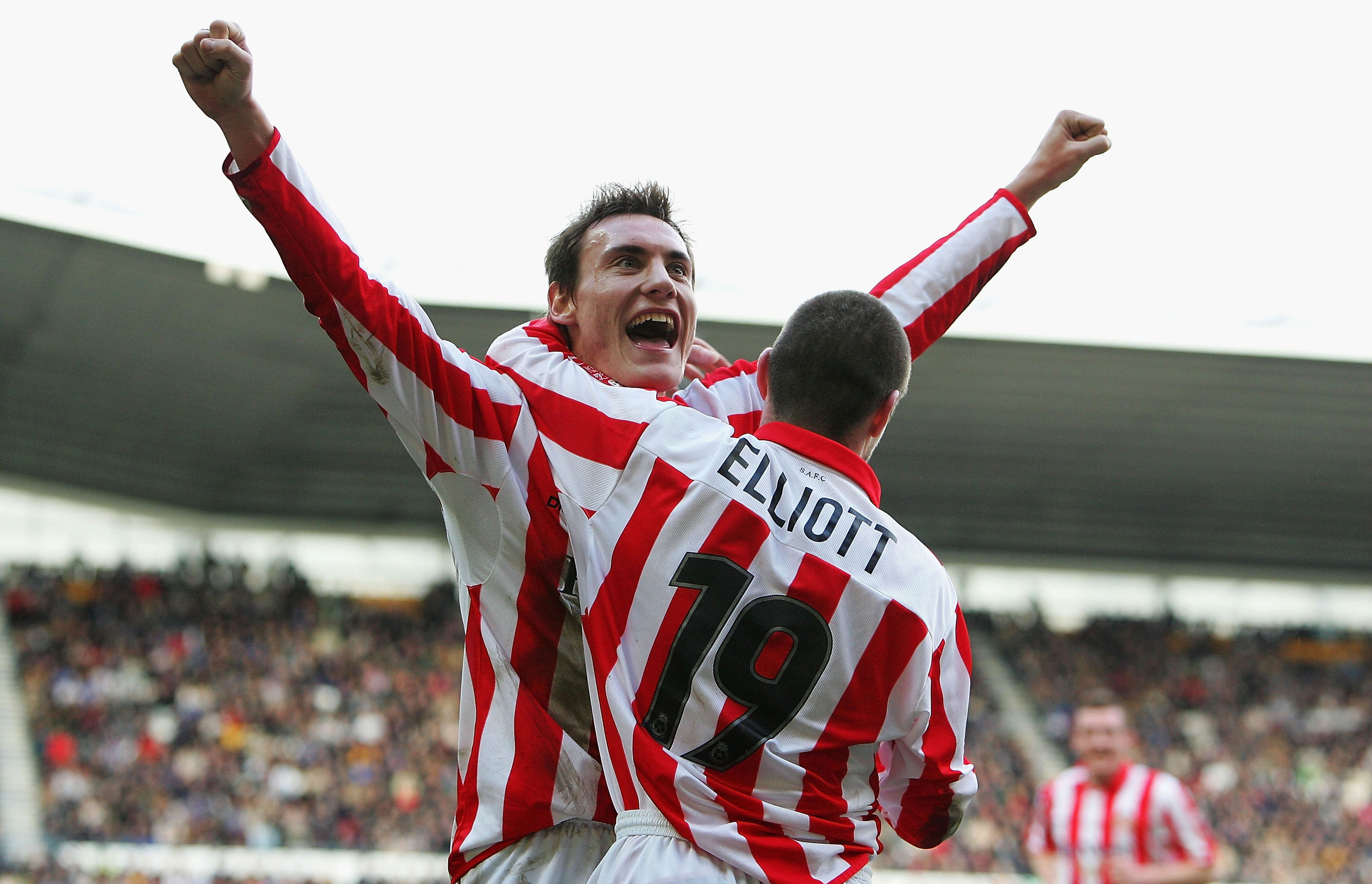 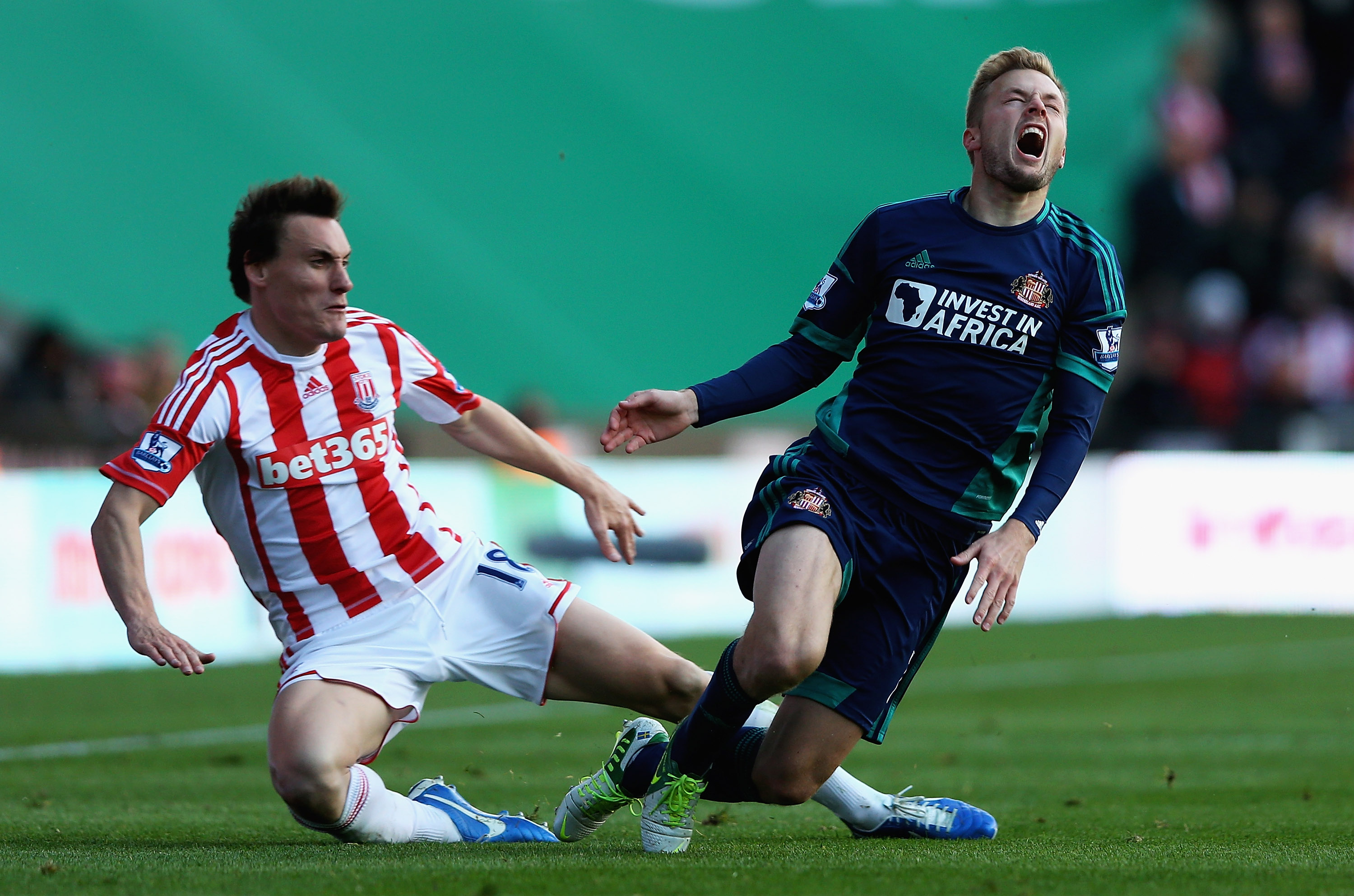 Another player that swapped Wearside for the high life of Stoke is former Manchester United right-back Phil Bardsley.

Bardsley - perhaps best remembered for his tough-tackling and ability to score from range - was more than just a solid defender over the six years he spent at the club as his passion for the jersey was unrivaled.

The man who won our Player of the Year award in the 2010/11 season left the club in 2014, and has since appeared for Stoke and Burnley in the Premier League.

He has struggled to find regular first-team football since leaving the Black Cats and currently finds himself very much a back up option to the likes of Stephen Ward and Matthew Lowton at Turf Moor, who have been influential in Burnley’s rise to sixth in the Premier League table over the last few months. 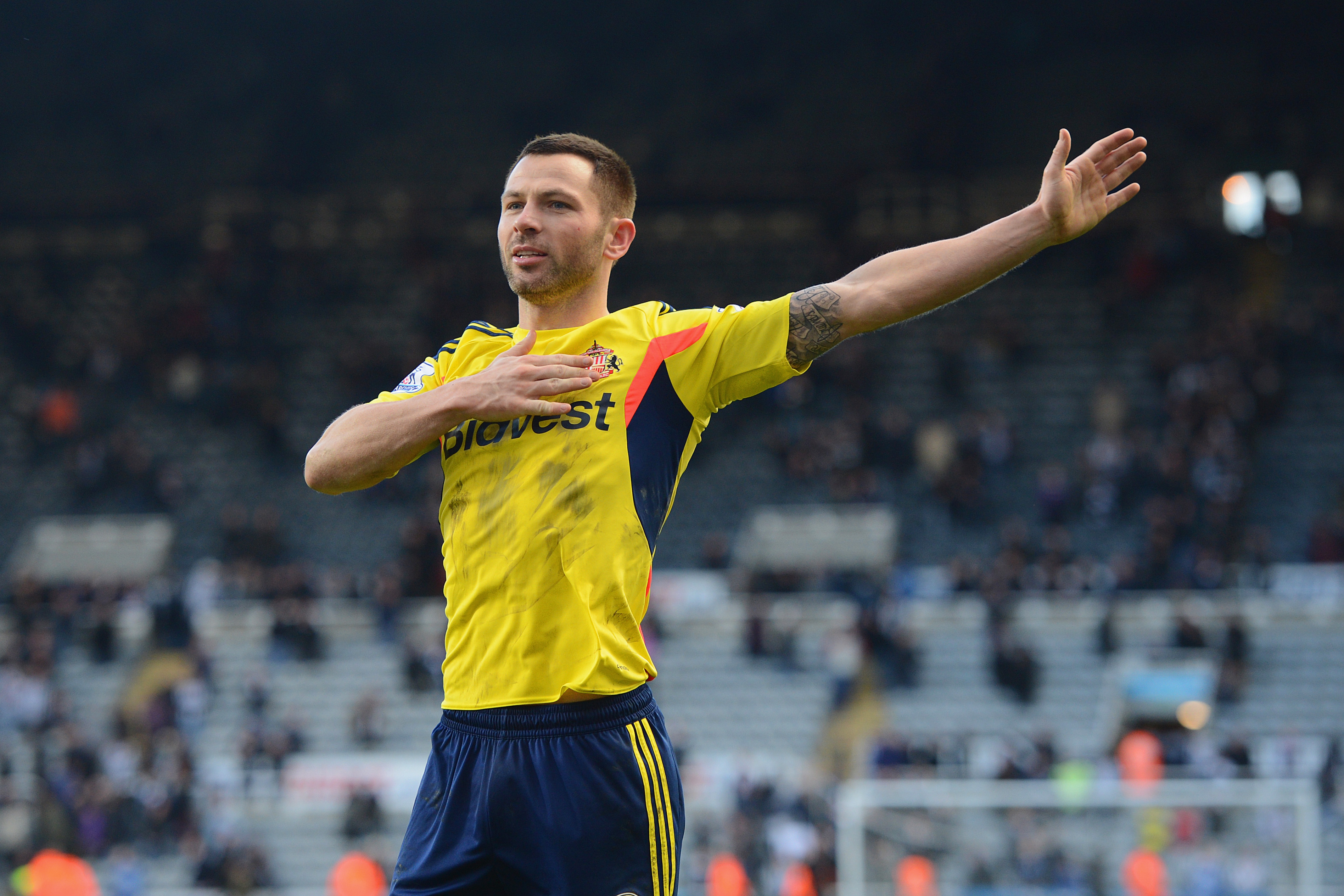 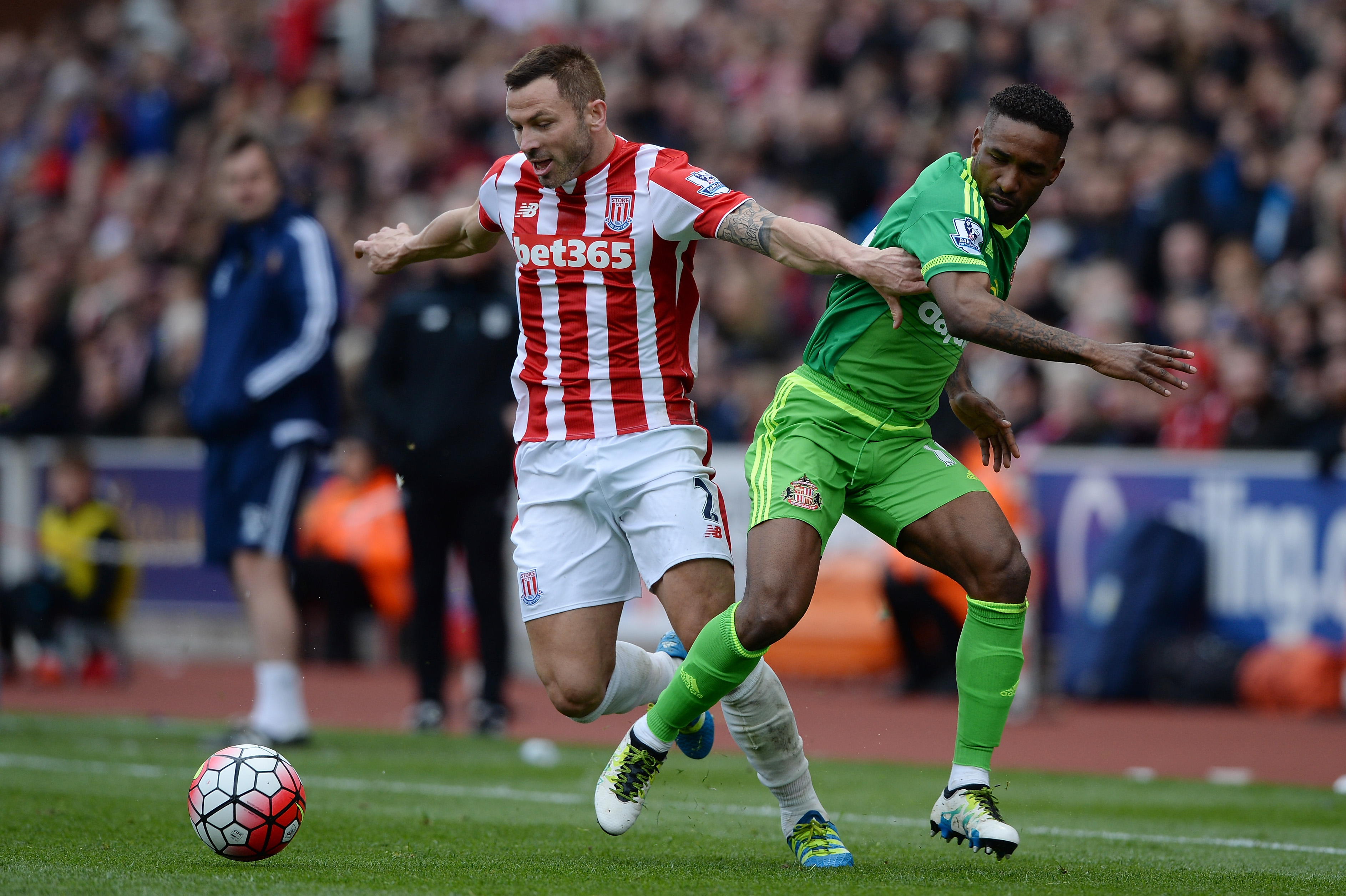 South Shields-born centre forward Martyn Waghorn struggled to impress during his limited chances at Sunderland as a youngster, and found himself surplus to requirements by the time he turned twenty.

Despite joining up with Leicester City - then of the Championship - for a relatively high fee, there wasn’t much hope for the career of the young lad as he moved on from Sunderland and became somewhat of a journeyman, plying his trade with six clubs in the space of seven years (including loans).

These days, Martyn works under the stewardship of the memorable Mick McCarthy at Ipswich Town, whom he joined after a summer move from Scottish giants Glasgow Rangers amidst rife speculation that he could be set for a return back home to the North East.

Waghorn, impressively, has managed ten goals in eighteen games so far this term despite largely playing out of position on the wing - a record which would put him second in our ranks behind Lewis Grabban.

His goals have helped the Portman Road club to reach eighth place in the Championship this season - one of which came against Sunderland earlier this year alongside a hattrick of assists in the Tractor Boys 5-2 win back in September. 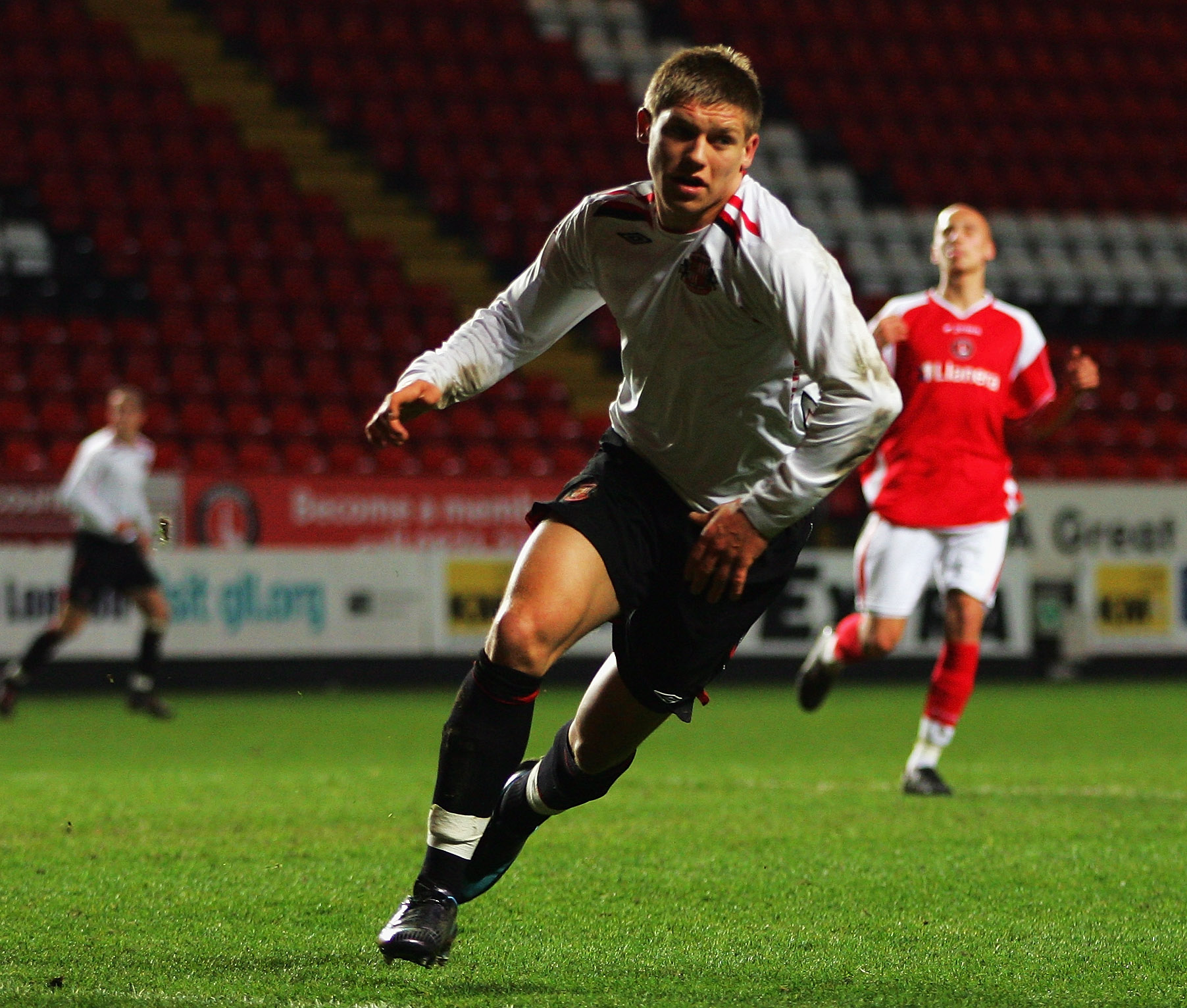 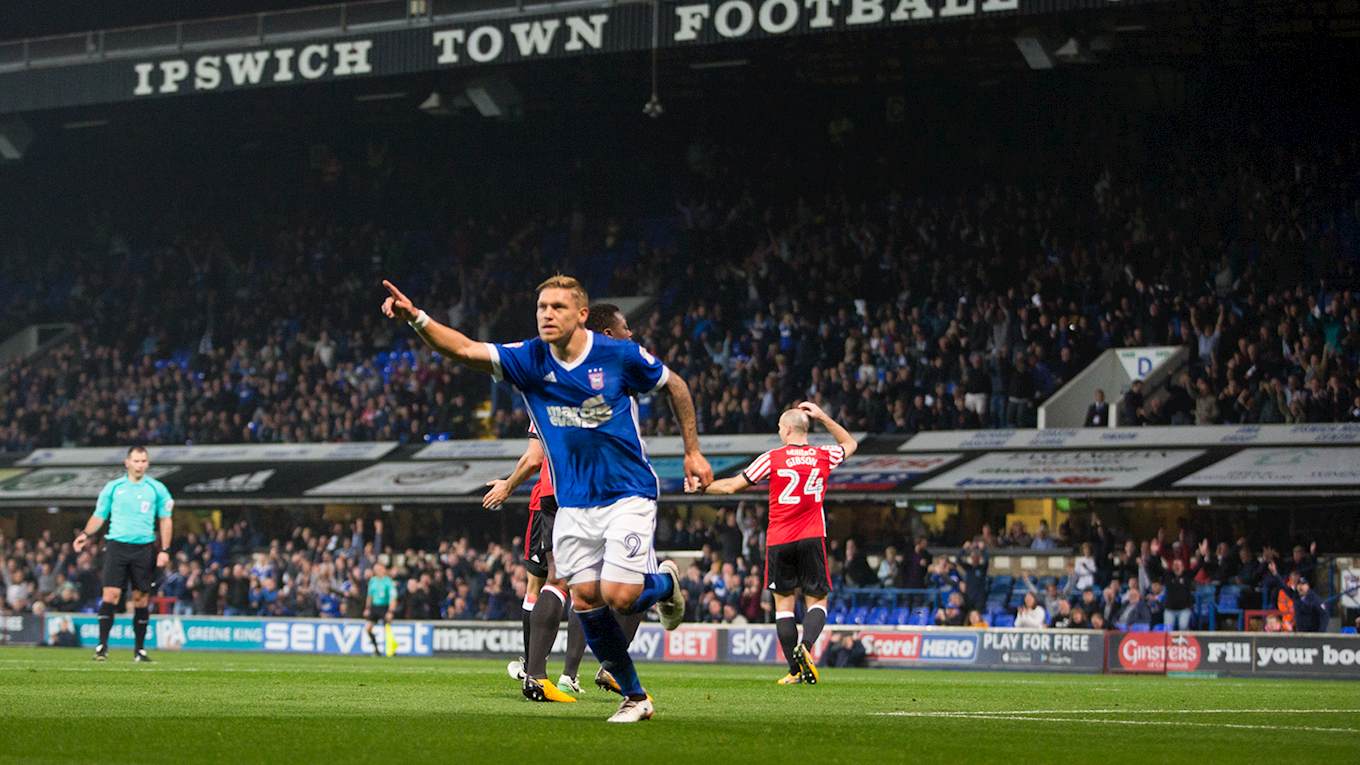 I hold only fond memories of Ross Wallace - mainly due to his outstanding form playing his part in our Championship winning season under the tutelage of Roy Keane.

The Scottish wide-man is perhaps best remembered for peeling off his shirt and diving into the crowd whenever he scored - though his then-manager Keane soon put a lid on that after Wallace picked up a number of needless bookings, including one which earned him a red card down at Hull City after he scored the winner in the last minute.

Wallace continued this form into the following year with a goal against Arsenal in a narrow defeat - the highlight of his campaign. In January of that season, he suffered a dreaded anterior cruciate ligament injury and returned to find himself surplus to requirements following a busy Summer transfer window.

The Scot enjoyed a significant spell in Lancashire with Preston and Burnley followed by a move to his current club, Sheffield Wednesday.

Wednesday currently sit in fifteenth place in the Championship, nine points ahead of Chris Coleman’s men. 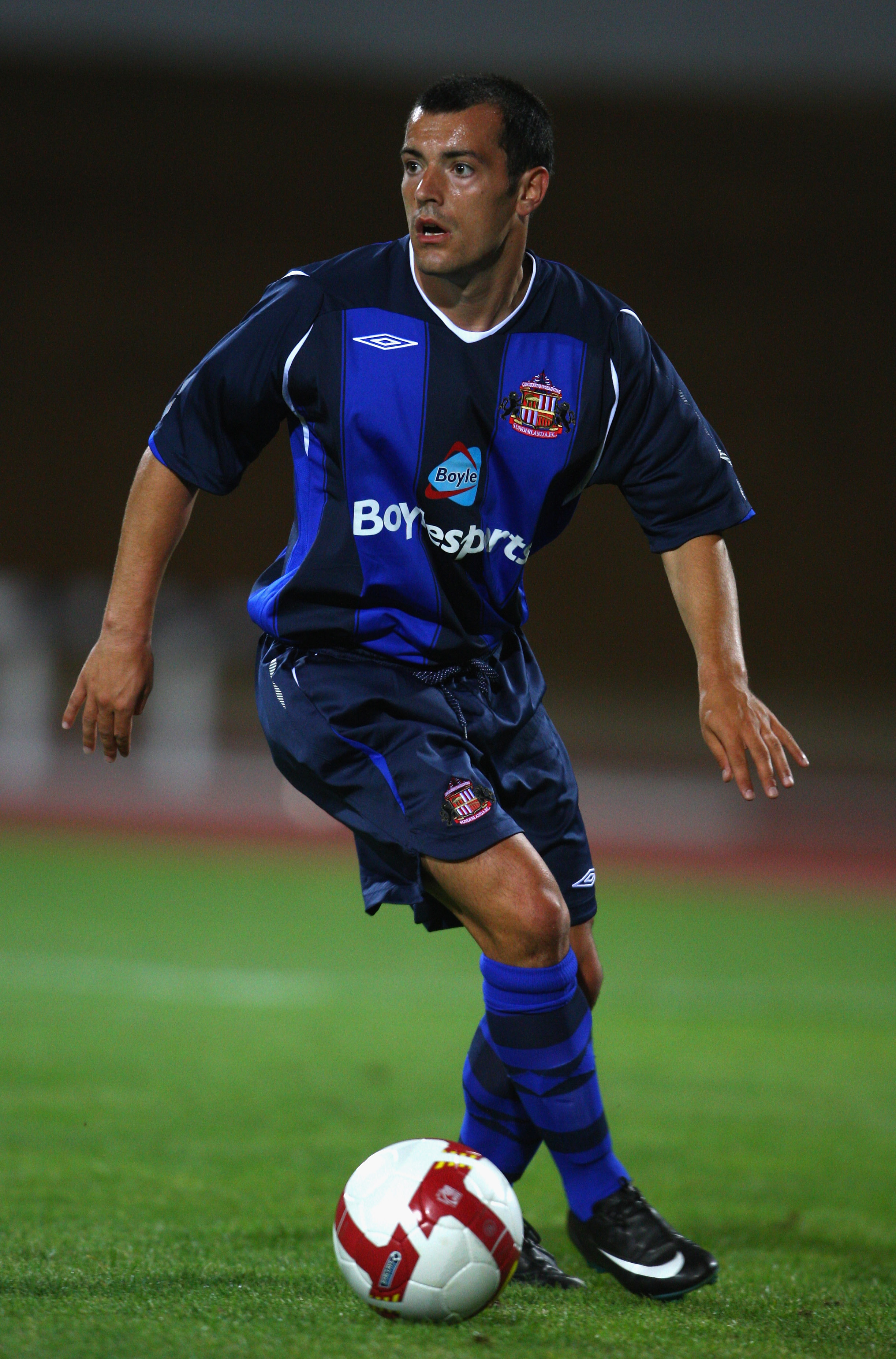 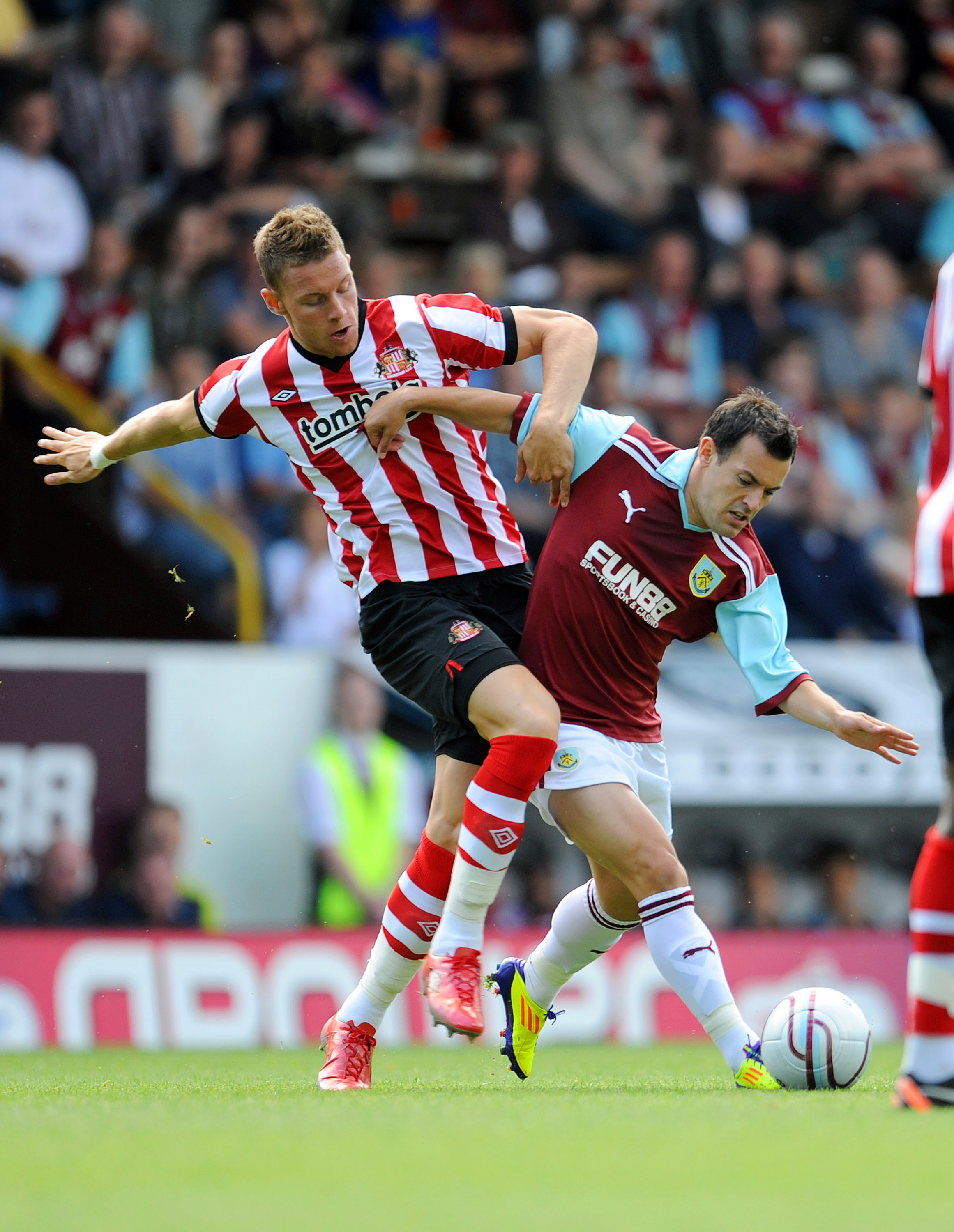 Whenever Conor Hourihane’s name is mentioned amongst Sunderland supporters the conversation often turns to talking about ‘what if’ - largely down to the fact that the Republic of Ireland international didn’t make a single appearance for Sunderland before leaving to forge a relatively successful career in the Football League.

Roy Keane famously spoke about how he travelled to Hourihane’s home in Cork in order to convince his family that a move to Sunderland was the right one for his career.

It was a decision that had the desired effect as the youngster agreed to join the club, spending his formative years in a youth side that also contained Jordan Henderson and Jack Colback.

Hourihane was offered a new contract following the expiration of his initial Sunderland deal but instead opted to move to join Roy Keane at Ipswich, where he also struggled to make an impact.

It’s fair to say his professional career looked over before it started but after successful spells down the leagues at Plymouth and Barnsley, Conor now plays in Steve Bruce’s Aston Villa side that are chasing promotion back to the Premier League this season. 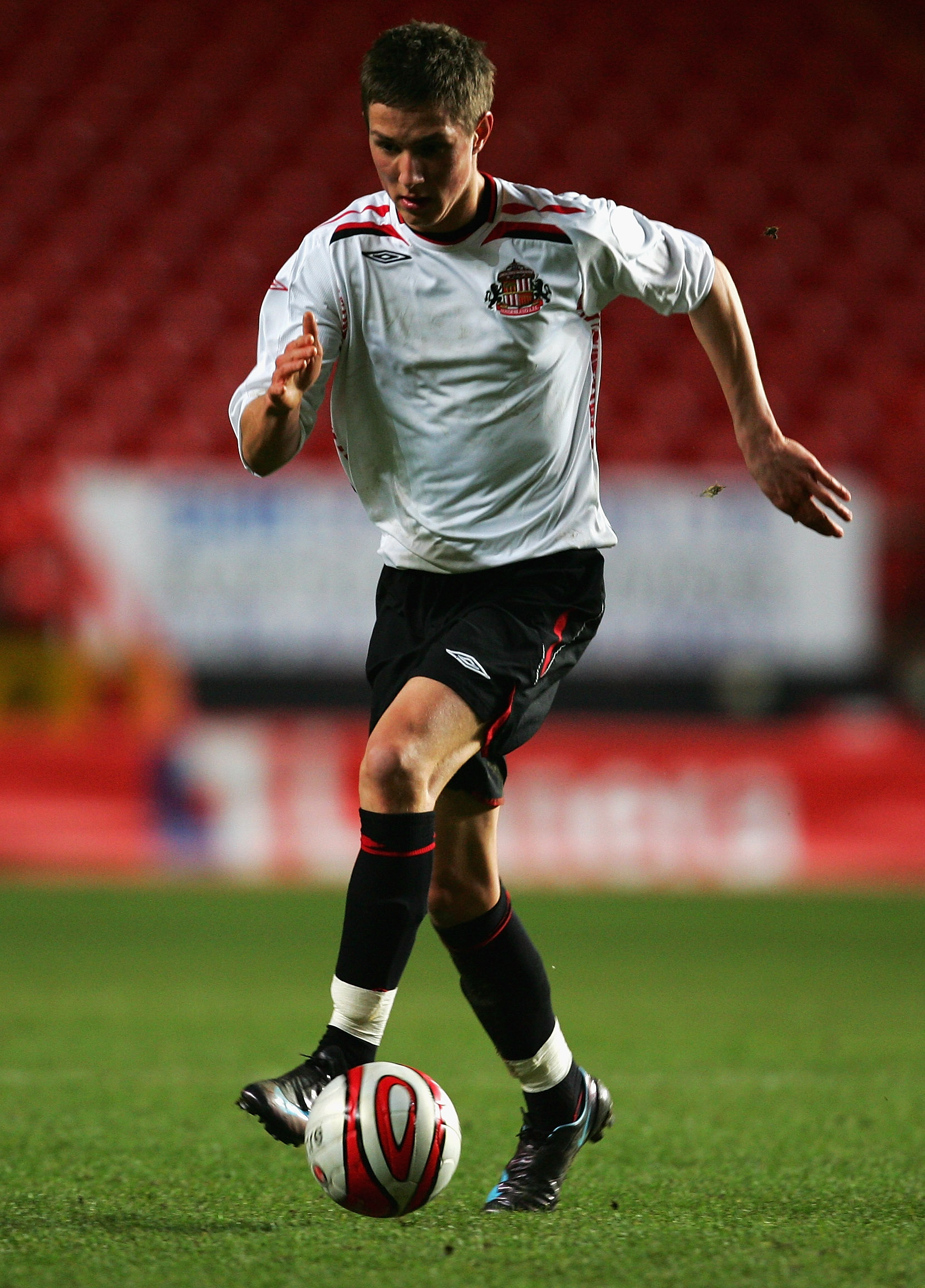 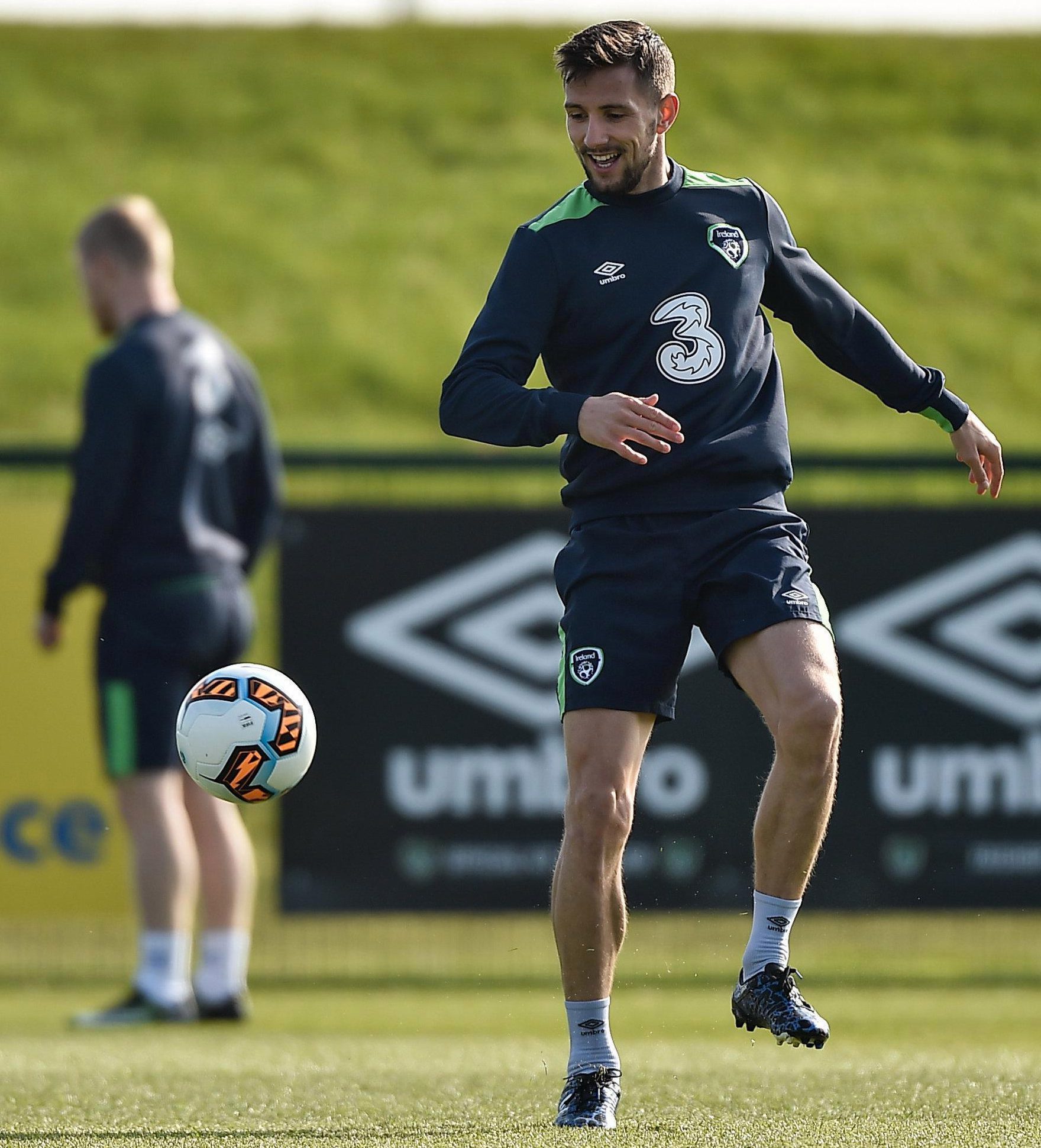