OPINION: Chris Coleman is Sunderland’s greatest chance at redemption - let’s get behind him

“The powers that be at Sunderland AFC have abused our trust as supporters for many years now, and I can understand why anyone might be sceptical about placing too much trust and faith in them to turn this ship around, but I genuinely feel that this is a manager worth getting on board with”, writes @Gav1879.

Share All sharing options for: OPINION: Chris Coleman is Sunderland’s greatest chance at redemption - let’s get behind him

Earlier this season, on these very pages, I wrote numerous times about how I’d never felt lower as a Sunderland supporter.

Propping up the rest of the Championship was no fun at all, nor was having my passionate fanaticism taken for granted by people with no emotional commitment to the football club that I’ve loved dearer than anything else in my whole life.

But, in a matter of weeks, the inspirational appointment of one man in particular has got me feeling all giddy again about following Sunderland.

I have very little time for Martin Bain, but I’ve got to give him credit where it’s due - the appointment of Chris Coleman was one made beyond my expectations, and the early signs of progress that we’ve seen so far since he walked through the door have further vindicated the CEO’s decision to take his time in naming Simon Grayson’s eventual successor - even if it didn’t feel like the right thing to do at the time.

I’m going to milk the good feeling that I have following Saturday’s win for the entirety of this week, hoping that we can go out again when Birmingham City visit the Stadium of Light on Saturday and pick up another three points as the Coleman steam-train gains momentum.

It’s been nice, holding that ‘happy’ feeling inside for the last few days.

Talking to the lads at work again about the game without feeling utterly depressed has been a welcome change, as has being able to record a Podcast where we aren’t mulling over another home disappointment. It’s the little things, like that, that I’ve missed most.

The fact that our upswing in form has coincided with the down-turn in Newcastle’s has helped when playing the game of one-upmanship with friends too - it’s been a while!

In all seriousness, it’s just nice to have a smile back on my face when talking about Sunderland. 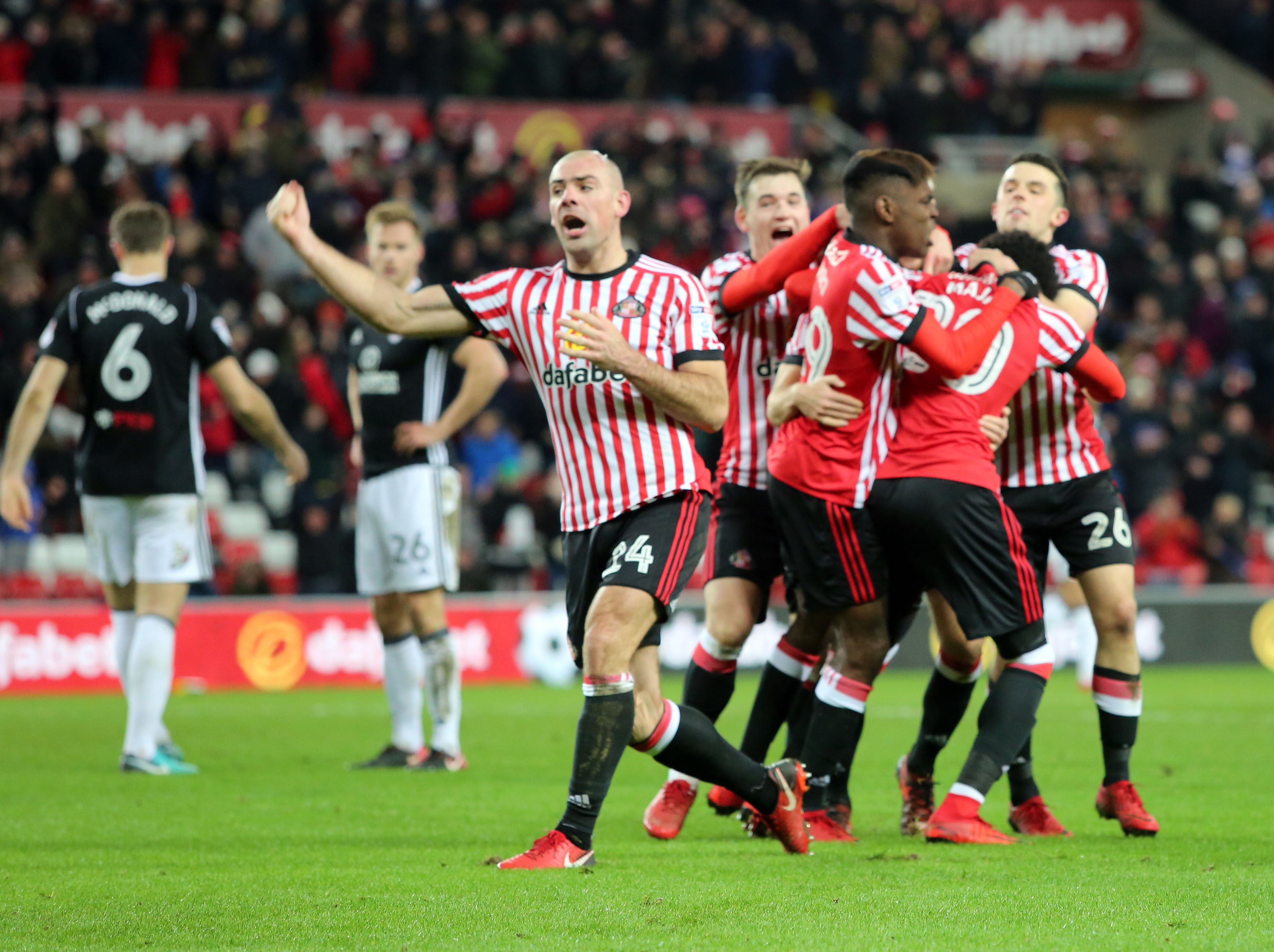 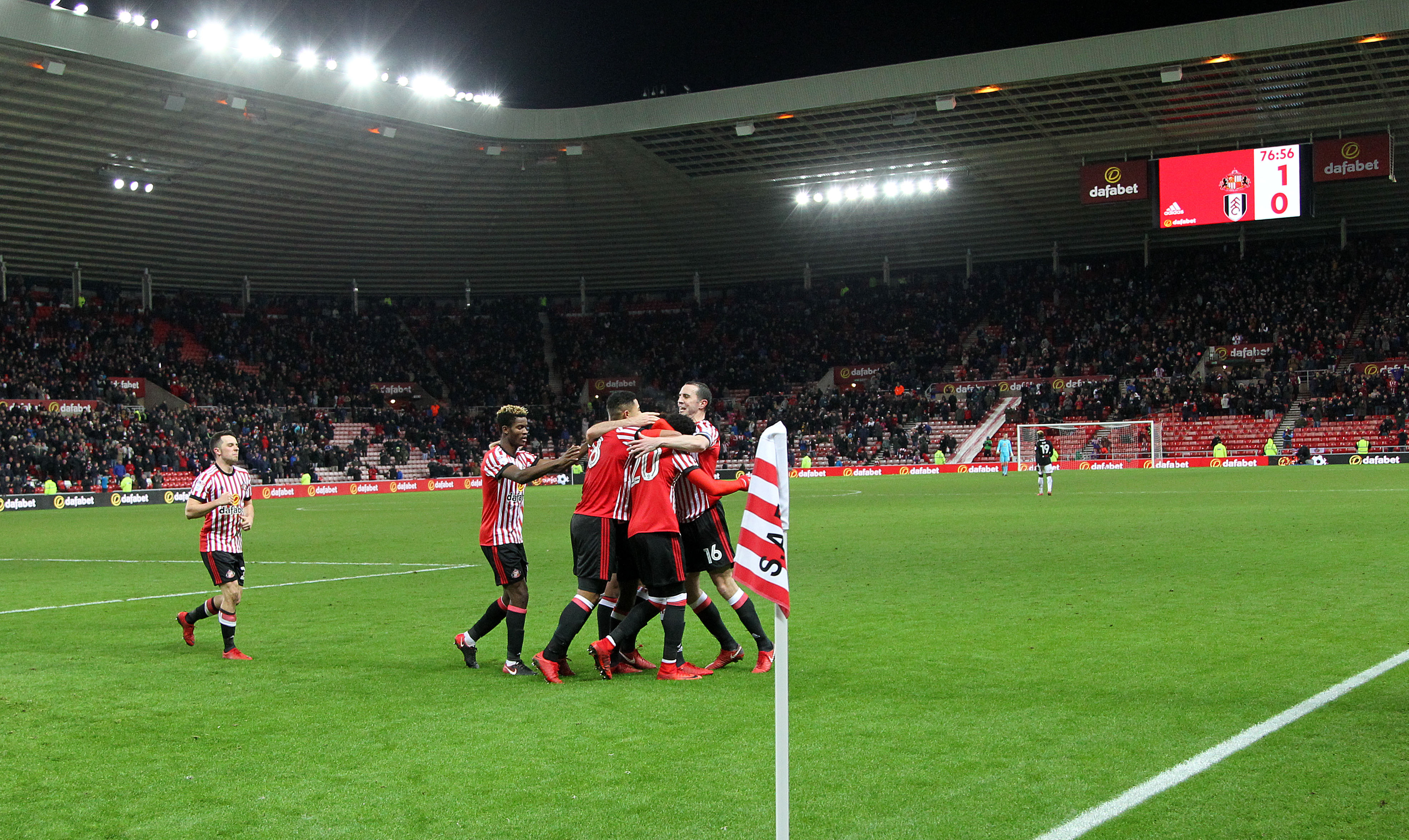 Chris Coleman hasn’t done anything revolutionary since arriving. It’s certainly not ‘job done’ either - we’ve got an absolutely massive mountain to climb over the coming weeks and months, and there will undoubtedly be bumps in the road along the way.

He’s recognised what our key issues are, been honest about them and thought pragmatically about how he’s going to fix them. That it. Nothing magical or extraordinary, just proper old-fashioned man management and problem solving.

What’s that - our defence is leaking goals for fun, particularly from set-pieces and when teams break against us on the counter attack? Well, let’s focus on teamwork, defensive drills and accountability.

There are players hanging around, stinking the place out, that don’t want to be here? Well, remove them from the situation. Promote players like Lynden Gooch and George Honeyman - who have shown a willingness to work their knackers off for this football club - to prominent roles within our side.

And that’s it. There’s nothing radical being done, and that’s what is most pleasing - these are things that us fans recognised months ago, issues that were seemingly ignored by Simon Grayson in the opening months of the season.

Long may it continue, I say. We all know how important it is in the Championship to have a team greater than the sum of its parts, and finally we’re starting to see signs that we’re heading in that direction.

Keeping players on their toes and ensuring that focus levels do not drop is what is essential now to any success that Coleman has over Christmas.

We’ve got four fixtures coming up over the next two weeks, and the manager will have to make best use of the players at his disposal, but consistency is key.

The players now have a real opportunity to redeem themselves in the eyes of the fans, to get bums back in seats.

Crowds have dwindled at the Stadium of Light over the last six months, and with very good reason, but that can all change if this squad continues to work hard for the badge and for the pride of the people that support this football club.

There’s most definitely a feeling amongst the fans at the moment that Coleman might actually be the man to finally turn the fortunes of this flailing football club around, and I believe that as supporters we must perform our duty and rally behind this man if we want him to be a success. I’m certain of it.

The powers that be at Sunderland AFC have abused our trust as supporters for many years now, and I can understand why anyone might be sceptical about placing too much trust and faith in them to turn this ship around, but I genuinely feel that this is a manager worth getting on board with. The needle is moving.