Each and every day between now and the 24th of December we’ll be opening up a door on out Sunderland Academy Advent Calendar to reveal a new player. Behind door number 1 today is central defender Michael Ledger!

Behind door number #1 is... Michael Ledger!

20-year old Sunderland defender Michael Ledger is one of the brightest young prospects currently at the club, and one of the few youngsters from within our ranks currently out on loan earning his stripes by playing first team football.

The Consett-born academy prospect spent a spell out on loan last season with Norwegian top-flight side Viking FK and suitably impressed, returning back to Wearside and earning himself a one-year contract extension which runs until the end of the current season.

With first team opportunities limited for young defenders at Sunderland, Ledger pushed for a move away from the club in order to gain further experience and he was signed up on loan in the summer by National League side Hartlepool United.

Managed by Craig Harrison, Pools started their season in one of the worst ways imaginable and it wasn’t until Ledger arrived at the end of August that the recently-relegated National League side started to turn their season around.

Making his debut in a win away at Maidstone United, Ledger has operated between centre half and, on occasion, right back for the ‘Monkey Hangers’ in a back line also containing former Sunderland academy products Scott Harrison, Louis Laing and Blair Adams. 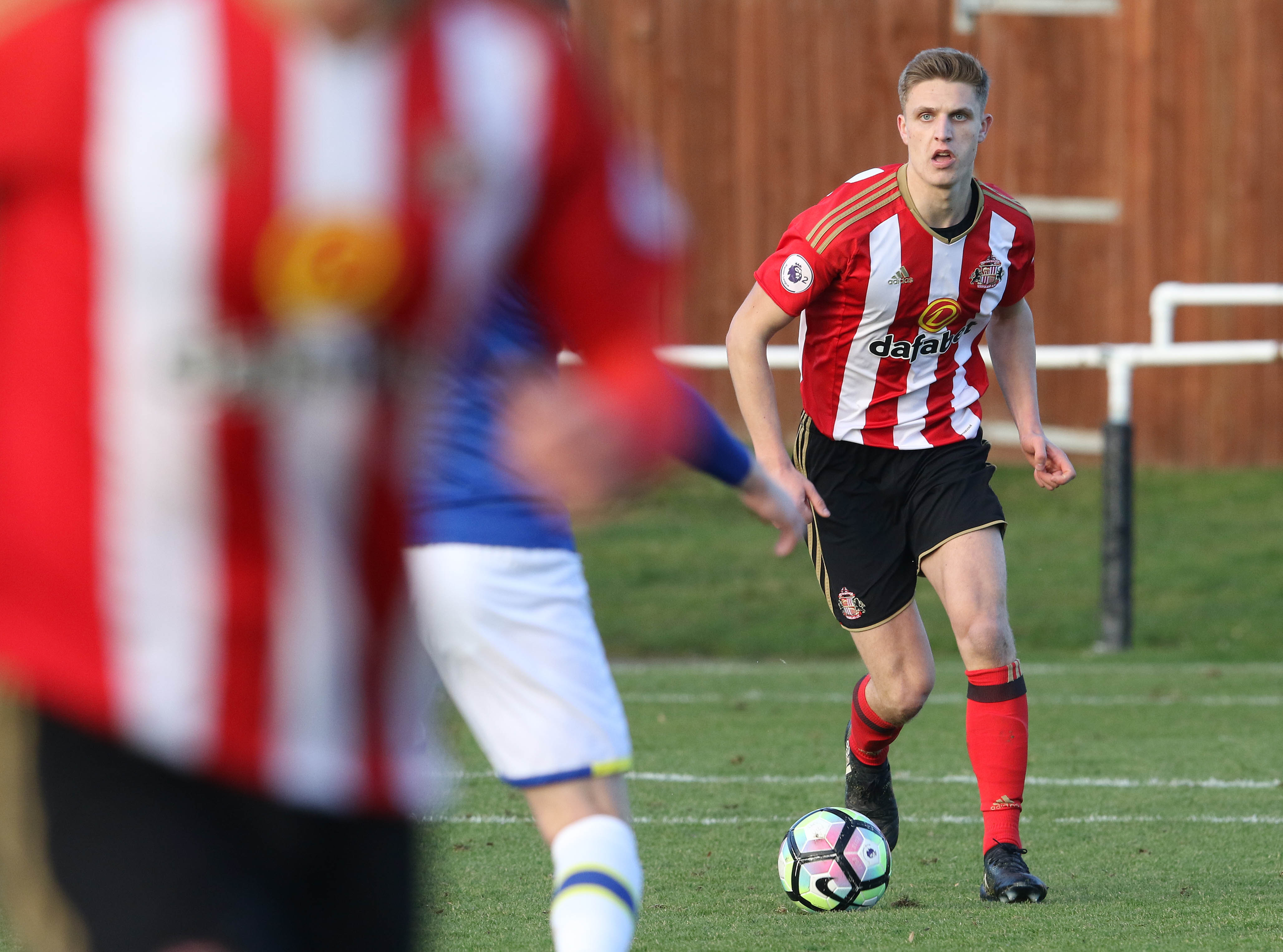 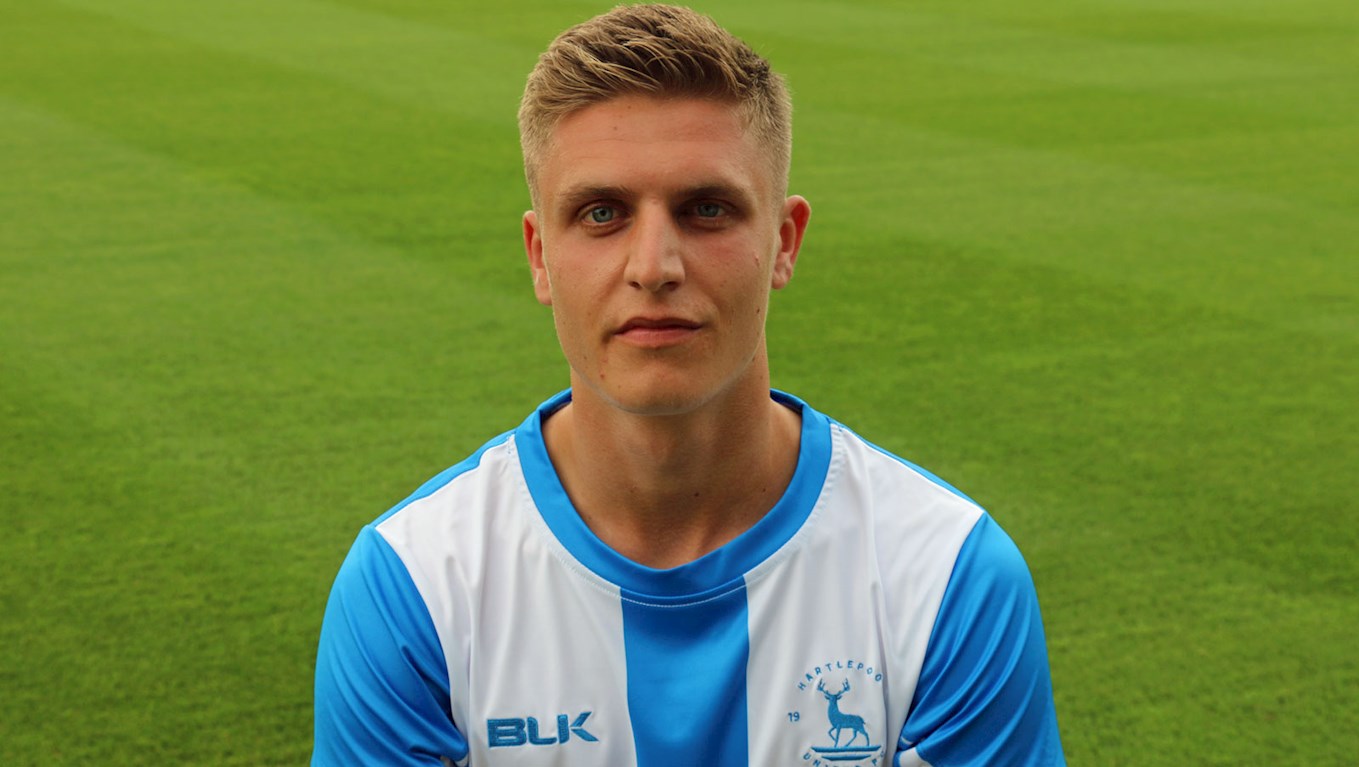 That all sounds great, of course, but how well has he actually fared whilst out on loan at the County Durham club based just down the A19, and does he stand a chance of making it here at Sunderland?

In order to try and find out I sat down for a brief chat with Roy Kelly, writer for the Hartlepool Mail, who has watched Ledger in all of the games he has played this season.

RR: How would you say Michael has fared since arriving at Hartlepool?

RK: He arrived at a difficult time for Pools, who were struggling to acclimatise to life outside of the Football League - and they hadn't won a game in the first six.

There was pressure on the defence to perform better and there were injuries to two other former Sunderland lads, Louis Laing and Scott Harrison.

Michael formed a very good understanding and partnership with another loan player, Keith Watson, and as a result Hartlepool’s form improved markedly.

RR: How does he look at full back as opposed to centre back? Admittedly I've never seen him as a full back, and he played at centre half when on loan at Viking FK with relative success, so it's interesting that Craig Harrison has opted to play him on the right. Why do you think that is?

RK: He is not as effective at right-back, and there are other players better in that position at Hartlepool, so it was a bit of a surprise he was chosen to play there.

He played there three times - at South Shields in FA Cup after a late injury withdrawal, for a short time in the fixture with Torquay and as a late sub in another game.

RR: We spoke with Ian Burchnall - the manager of Viking FK - at length earlier this year about Ledger (you can read it here) and he was very complimentary of Michael and his abilities. He said that he felt that Ledger was 'first and foremost a defender', and that he makes "good decisions often". Do you get the same impression from him?

RK: He is very much a defender first and foremost and that's what Pools needed when he joined. They were losing and conceding too often but with the Watson and Ledger combo, that improved considerably.

RR: Burchnall also said he felt confident that Ledger could play Championship football. Do you think he has a chance, particularly now that Chris Coleman has arrived and he's expected to eventually utilise a three-man defence down the line?

RK: If Ledger can't improve under a former top-flight and international defender (and Kit Symons) there is something radically wrong.

Michael has been well schooled and has the attributes to be a good defender higher than the National League.

RR: What seems to be the general opinion of the Hartlepool supporters about Ledger and his abilities?

RK: Most people seem to think that Michael has performed well at centre-back, bar a shaky spell at Torquay, but has been a little unlucky with injuries, taking him out of the side.

Referring to a previous answer, Ledger's introduction to the team coincided with an upturn in form, so fans duly recognised his contribution.

RR: It's easy to forget that Ledger is just a 20-year-old. His Sunderland deal runs out in the summer. What would you suggest that our club do with him - do you think he's worth another contract so that he can be given more time to make an impression here?

RK: Given the time and investment Sunderland have made with Michael over the years, surely he deserves a crack at the Championship, assuming Sunderland stay up, which they should.

They've sent him to the Norwegian top flight, which is a good standard where defenders are expected to be able to play a bit, and then sent him to the National League where winning your headers and tackles are a must.

He's seen both sides of the football spectrum - he should get a chance. He's a Durham fella too so it would be nice to see local talent get an opportunity.

It sounds as though Michael is just getting his feet under the table at ‘Pools - and, once he’s fully recovered from the broken nose injury which saw him lose his place in the side, hopefully he’ll continue to develop well playing for what is, at Conference level, a fairly big club.

Good luck to him - here’s hope that come next summer he returns to Sunderland a far better-developed, wiser footballer that is ready to push for a place in Chris Coleman’s squad ahead of next season.

Which academy player is behind door number 2? Be sure to check back tomorrow!