Fan Focus: Flapping Around With 'The Swansea Way'

We usually do alright against the better sides, don't we? Swansea's great start to the season has buoyed Scott Mackay from 'The Swansea Way', the premier fan blog for the Welsh side. I gave Scott a bell and caught up with him in order to find out what Gus Poyet's winless wonders are in store for this coming Saturday...

Share All sharing options for: Fan Focus: Flapping Around With 'The Swansea Way'

SM: Pretty damn good so far, being completely honest. We've only really come undone against an excellent Chelsea side and even then it took some tinkering from Mourinho to get Chelsea back in the game, as for the first half hour we were easily the better team. Against Southampton we were again the better side early on, though this time we had Wilfried Bony to thank for getting our opponents back into the game. Even with us reduced to ten men Southampton struggled to create, and couple those results with our three prior league wins, and the two in the League Cup, and 2014/15 is going very well so far.

GH: Garry Monk was appointed as manager after the relationship with Laudrup turned sour. Is the future looking bright under his leadership or do you feel the club should have looked elsewhere when making a permanent appointment?

SM: It's definitely looking bright. Monk has been at the club for so long he's seen every incarnation of our "tiki taka" style, and if he's got anything about him (which most definitely seems the case) he'll be able to use that to take the positives from each manager he worked under. So far we've seen a return to the zippy, fast paced passing in the centre of the park, but we've also seen more intense pressing in the final third which is something Monk is obviously keen on. I'm confident that in time Monk's influence on the Swans (as manager) will be an overwhelmingly positive one.

GH: It’s been a successful decade or so for the Swans – what would you say the greatest moment of that period has been?

SM: Definitely getting promoted to the Premiership for me. That's assuming you're excluding the 4-2 final-day win over Hull in the old Third Division in 2003, which saw us stave off relegation to the conference anyway. While there'll never be an atmosphere like there was on that day at the Vetch, winning promotion to the big time was something I never expected, and to be honest I still have to pinch myself that we're in the Premier League competing against the world's best players.

GH: Ki Sung Yeung has found his way back into the setup at Liberty Stadium having found himself surplus to requirements under the previous regime, and Sunderland fans know all about the qualities he brings to the side having loaned the midfielder last season. He steadily improved throughout last season – has he come back to Swansea as a better player in your opinion? Are you a fan of the Korean international?

SM: It's probably a bit early to be saying whether he's come back a better player, but I'd say he's definitely returned a player intent on proving a point. I was against him leaving on loan as I'm a big fan, and so far this season he's impressed. There were rumours in his first season here, and towards the end of his spell with you guys, that he wasn't 100% committed so the jury remains out for a lot of people, but we gave him a new four-year contract this summer and he seems determined to make his mark.

GH: Ashley Williams was earmarked as a top target for Gus Poyet at the start of the summer but he inevitably stayed at Swansea and signed a new contract. Did you ever think that there was a danger of him leaving? Just how good is he?

SM: To be honest, I was never worried he'd go to Sunderland. His agent Jamie Moralee is developing a bit of a reputation for himself (seemingly controlling half our players' movements), and it was all down to money. Ash was due a new contract, every other Premier League club would pay more than we do, so it was about creating enough speculation in the press to force the Swans to their absolute limit. As with any of our players, if a "top four" club comes in we'd never stand in a player's way, but from a career point of view there wouldn't have been much sense in taking a sideways move at that stage in his career. As for how good he is, he's looked back to his best of late. He's perhaps lost some pace but that's largely due to his continually expanding girth (gym girth, not fast-food girth), so it's not necessarily a negative, and he obviously loves it here. He's a great captain for us, and hopefully he'll be here beyond the end of his playing career.

GH: On our books are former Swans Danny Graham and Jordi Gomez, neither of whom have made a massive impact thus far as Sunderland players since arriving – although, Graham does seem to be finding his way back into the first team picture somewhat and Gomez has yet to start a league game. Do Swansea fans hold fond memories of the two?

SM: I'd say most fans will definitely have fond memories of Jordi Gomez given his winner against Cardiff whilst on loan here, but if I'm honest I don't rate him at Premier League level. I'm happy to be proven wrong but when I say Poyet had signed him it did send alarm bells ringing, because in my opinion Sunderland should be aiming to sign much, much better players than Gomez if they want to improve as a team. As for Graham, I always felt he'd been a little hard done by given he scored 13 league goals in his only full season with us, but there were lots of rumours of off-field problems and he did seem quite...rotund in the launch photos for our new kit the season before last. He'd clearly enjoyed his summer! I think in a one-up-top system he's definitely got the potential to be a Premier League striker, but I do think he needs a run of games, and to be "the main man" in order to succeed.

GH: Onto the weekend – who in the Swansea side should Sunderland fear?

SM: The easy one would be Bony, who I'd imagine would start at the expense of Gomis following his one match suspension. The undoubted main man though is Gylfi Sigurdsson, who has been an absolute revelation since re-signing for us. To be honest with the way we've started the season it'd be hard to discount our wingers too - Dyer, Routledge & Montero (when he's featured) have all been excellent and we have a LOT of pace out wide now.

GH: On the flip side, who from the Sunderland side do you think may cause problems? 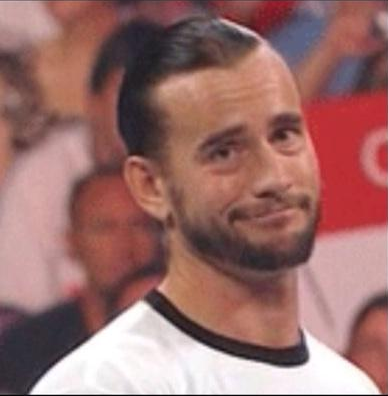 He always seems to give us massive problems. If he could stay fit, he would be absolutely magic.

GH: We’ve yet to win a game but we aren’t really losing league games. Swansea seem to win big when they do win – which way can you see this one going?

SM: In all honesty I'm pretty confident. We've got a good record against Sunderland and given the way we've been playing so far this season we should be heading to the North East confident of a result. Obviously it's an even match, but I think our midfield holds the key and if we can retain the ball, our forwards will cause you lots of problems.

SM: I like 3-1 Swansea (and seem to predict it most weeks) but I haven't been right yet this season and surely that has to change soon enough! Sunderland 1 - 3 Swansea, with an inevitable goal for either Danny Graham or Jordi Gomez for your lot.

Sunderland 0-0 Swansea City: As It Happened