Gus Poyet has spoken about the future of wantaway Argentinian striker Nacho Scocco.

Nacho Scocco has made it clear he will return to Argentina if given the chance, and with Argentine giants Newell's Old Boys, Boca Juniors and River Plate all being linked with the striker, Sunderland head coach Gus Poyet has spoken on Radio Del Plata to give an update on the 29-year-old's future;

Scocco is a distinct and unique player who can achieve great things, clubs around the world want him and everyone knows what kind of player he is.

I will respect the decision of Nacho and I'll understand perfectly, I want to keep him here and I have told him that I will consider but the decision is not mine alone.

Scocco has stated that his preference is to return to former club Newell's, and representatives of the club will meet with Sunderland on Wednesday, but with the Rosario based club struggling to raise the funds required to sign him, River Plate have also sent a representative to the North East in the hopes of clinching a deal with Sunderland.

While we are on the subject of Newell's, Oscar Ustari has completed his move to the club after being released by Sunderland, signing an 18-month deal with the Argentine club. 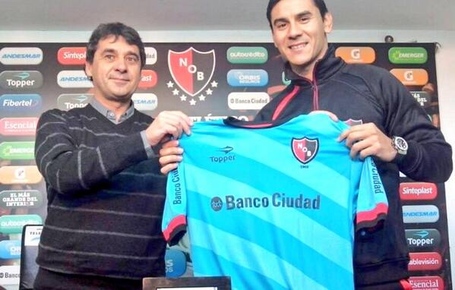 Poyet also spoke about Ustari when giving the update on Scocco, saying of the goalkeeper;

Ustari is a goalkeeper with spectacular conditions who sees things others do not notice, I wanted to retain him but he wanted to play and to return to his home country.

While the Scocco saga is one which is unlikely to be resolved in the near future, we wish Oscar Ustari all the best at his new club.

Stay tuned to Roker Report throughout the summer as we keep you up to date with all the transfer news and rumours. Also, feel free to keep in touch with our dedicated Transfer Centre, which you can do by CLICKING HERE.