Those of you that tweet may have noticed that recently a project has begun to try and create a museum to showcase Sunderland memorabilia by Twitter user @SAFCMuseum, otherwise known as Michael Ganley. This gauged my interest, so of course I got in touch with Michael to learn a little more about his project and how it's going so far.

Hi Michael! Thanks for agreeing to speak with us. Your twitter account, @safcmuseum, caught my attention and I'm interested in hearing your story - tell us, how did your 'SAFC Museum' project start? How long have you been collecting the memorabilia?

I started collecting Sunderland memorabilia about thirty years ago. I started by holding onto my ticket stubs and matchday programmes, but the first ‘real’ item that I got my hands on was from a game at Roker Park between a Sunderland XI and an England XI. I was only fourteen and took my six year old nephew along with me – we cheekily boarded the England team bus and when I asked Bobby Charlton for his boots I got a clip around the lug off his brother Jackie! I spotted Colin Bell and he was much kinder, giving me his tie from the game.

The idea to start up museum began a couple of years ago after I took stock of what I had when I moved home. I don’t want my collection to be in boxes or gathering dust in storage, so I decided to think about opening a premise in Sunderland that would be able to house it all. I have many ideas that I feel could bring business to the town centre and I’ve had loads of interest from people wanting to get involved in my project, but I’m still looking for others that feel that they can contribute. 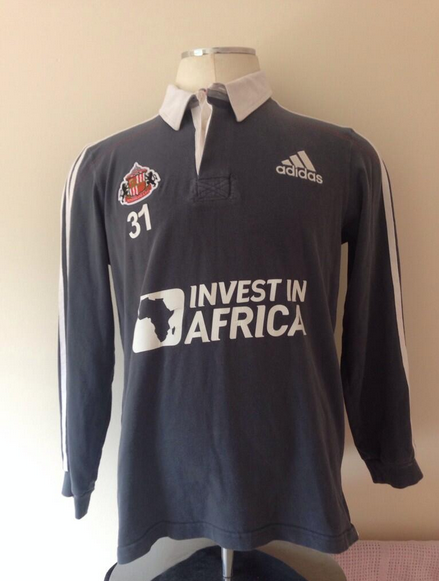 Tell us a bit about yourself and supporting SAFC - how long have you been going to games?

The first game I ever went to was a home tie against West Ham United in the 1979/1980 season. I was just nine years old and I was overawed by it all. What a game to go to, as a kid. The West Ham fans were mental. We won and we were promoted – and the rest is history.

So what are your plans for the museum? I imagine you'll want to properly showcase all of the brilliant things you've managed to collect.

I’m still looking for a building in the town centre that has the space to house the collection. I want to be able to properly demonstrate the history of the club and, along with other local businesses, I think we could create a ‘football house’ fit for purpose.

In an ideal world I’d love us to use the old fire station in the town. It would be absolutely perfect for what I want to do. It’s a historic and beautiful building.

The 'museum' in the club reception isn’t the greatest. How much support have the club given you in your venture? Has it been easy getting to speak to the right people in order to get the contact information you require?

Because the club display their best memorabilia in the reception area of the Stadium of Light, their space is limited. The club haven’t been involved with my project thus far but I do help them from time to time by loaning them items to display.

I will always help the club out in this way – we need to work with the club and not against them when it comes to showcasing artefacts from our history. My vision is that people of all ages can come to visit the collection seven days a week to browse and reminisce.

Which ex-players have been involved with helping your collection grow?

I’ve had the best responses from the players that played for the club during the 1960s. Jimmy Montgomery has been excellent, as has Nick Sharkey – Nick has helped me to get in touch with all of the former players and I’m grateful to him for that. The chairman of the former players association Winston Young has been brilliant and we’ve become great friends over time.

David Rush was very interested in what I wanted to do and has been a great help – with him being a local lad he knows what this would mean to the City and is very keen to have his favourite items displayed for his family and friends to see. Cecil Irwin and Gary Bennett have also been very helpful and I thank them for that.

What is the most interesting piece of memorabilia that you’ve come across?

Don’t ask me how but I came across Ian Porterfield’s 1973 cup final shirt in a charity shop in Ukraine. It’s scary to think that something so iconic could have been donated to the homeless and lost forever.

There are hidden gems tucked away all over the place – I’ve found precious items that have been shoved in boxes in people’s garages, skips and lofts that people didn’t want or care about. I’m continuously searching for new things!

Which item from your collection would you say is your favourite? 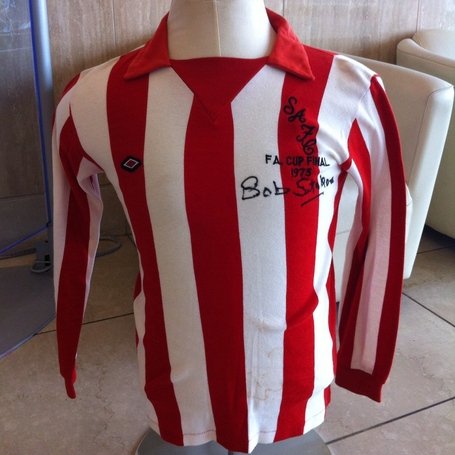 I was over the moon that recently I was sent a large box of items from Paul Bracewell that included all kinds of trinkets charting his career as a Sunderland player from the early 80’s all the way up until he left after his third spell at the club. 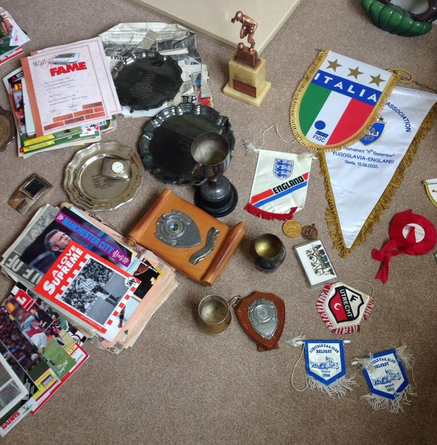 What's the one thing you'd love to get your hands on?

Ideally I’d love to have a historic building to house everything in – that’s the dream.

Failing that, I’d love to get my hands on Raich Carter’s 1937 FA Cup Final shirt. Raich was a family man, a leader in his community and above all a brilliant footballer – one of the best of his time. It’s a shame that, unlike Raich, many modern players don’t realise the difference that they can make to people’s lives.

What is the most expensive thing you've purchased to add to your haul?

That would probably be Fabio Borini’s 2014 Capital One Cup Final strip (the Legion of Light magazine ran a feature on it) which was auctioned in aid of Barrow for Marrow & the Anthony Nolan Trust. Fabio’s fiancé Erin is involved with the charity and I started a campaign to auction of the strip the day after the final in order to raise awareness for the charity and, importantly, to keep the shirt in Sunderland – after all, Fabio is the last goalscorer for the lads in a cup final since Ian Porterfield’s goal in 1973. 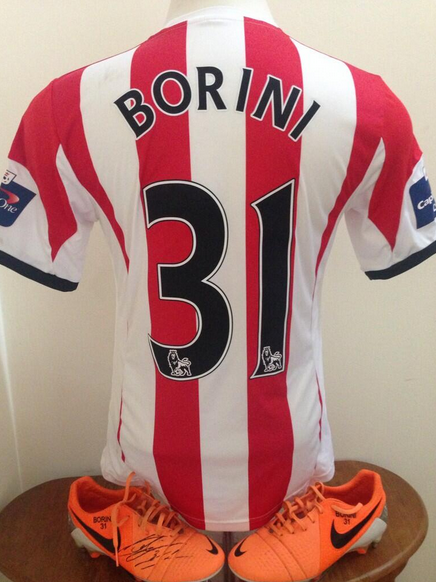 There may be people reading this that want to help get involved with your project. What can people do to help assist? Is there anything in particular you are looking for that people may be able to help you retrieve?

I’m looking for as much help and support as I can possibly get from the Sunderland supporting community as my end goal is to provide our fans with a fantastic museum, above all else.

I imagine that most Sunderland fans have items which can help add to our collection and I urge people to get in touch with me if they feel that they can help, or that they have items which they feel I may be interested in purchasing from them. It may just be stuff that is lying around in garages and lofts gathering dust – if it is a piece of Sunderland memorabilia I am interested in securing it for the benefit of the club and the fans.

I’ll need assistance in getting the project properly under way, from helping secure a facility to house all of my items to people that can paint and, generally, know their onions. I’ll only ever use Sunderland fans!

If people wish to get in touch with me I’m on twitter as @SAFCMuseum, and my email address is Michael@safc-museum.co.uk.  We're also in the process of creating a website, www.safc-museum.com, so keep an eye out for that appearing in the future.

Please get in touch with me if you think you can help in any way at all.