Full Back Signalling Desire To Stay At Sunderland?

Was this one of those "come and get me plea" thingies that we often hear about?

Share All sharing options for: Full Back Signalling Desire To Stay At Sunderland?

Marcos Alonso is not an especially prolific user of social media, but he took to Twitter today to apparently remind people of a couple of things. Firstly that he is a very good full back and the statistics back that up, and secondly that he seems to be itching to return to Sunderland.

With Ashley Cole set to leave Chelsea, Sky Sports News did a statistical comparison of the Premier League's left backs which showcased the Spaniard's performances since joining on loan from Fiorentina in January.

No Premier League left back made interceptions more regularly than Alonso, and he was ranked second in cross completion and third in tackle success rate. All in all, it was fairly impressive stuff. 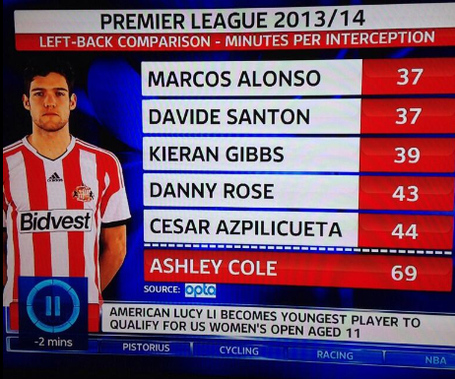 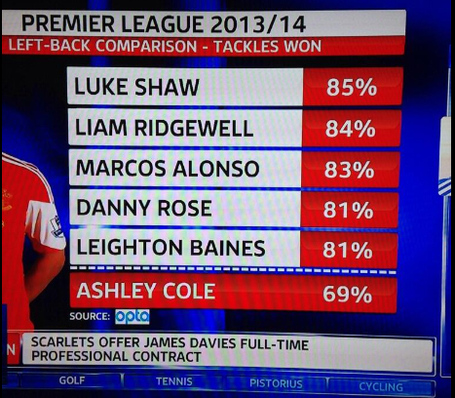 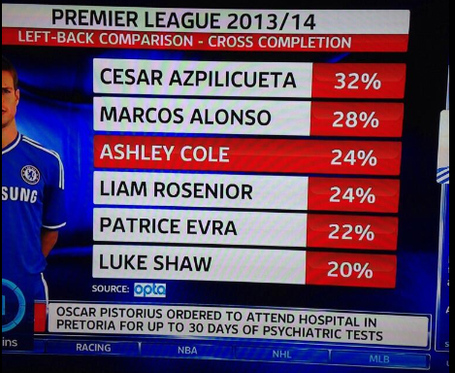 When a fan took to Twitter to point it out to him with a plea to Sunderland's official account to sign him up, Alonso retweeted it to his followers, hopefully signalling his desire for the fan to get his wish.

<script async src="//platform.twitter.com/widgets.js" charset="utf-8"></script>
Or, he could have just been showing off his good performance, of course, which was what he claimed himself shortly afterwards following a swath of questions from fans.

<script async src="//platform.twitter.com/widgets.js" charset="utf-8"></script>
But meh, we like the other explanation better. It's so much better than crushing reality. We'll just put Alonso's denial down to a little diplomacy considering he is contracted to another club. Yeah, let's go with that.