Sunderland had a new striker on display against Stoke, though not on the pitch...

Incoming Sunderland striker Ignaccio Scocco was pictured at the Stadium of Light watching the Premier League clash with Stoke City.

The Argentinian has not officially completed his move yet, though all the indications are that he is close. Earlier in the day a picture squirmed out of him at the Academy of Light signing some documents, presumably pertaining to his impending switch to Wearside. 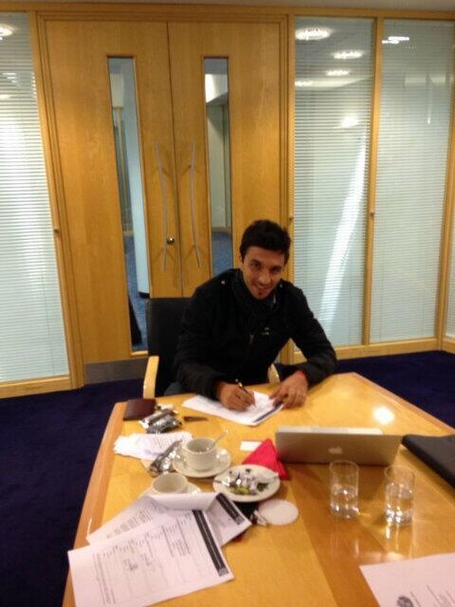 The 28-year-old watched as Sunderland grabbed a crucial win against 10-man Stoke, and he couldn't have had a more fitting introduction to what life at this club is like. It was a nervy and tension-filled game, which the home side made a bit of a meal of winning.

That said, it was a huge three points, which mean that Scocco will start his Sunderland career with the club outside of the bottom three.

Sunderland 1-0 Stoke City: As It Happened