Did Ki Sung-Yueng declare his desire to stay at Sunderland? Watch and make your own mind up.

One of the big talking points from the win at Fulham was on-loan Ki Sung-Yueng running the length of the pitch to celebrate his goal with the Sunderland fans, before appearing to gesture to them that he wants to stay at the club. 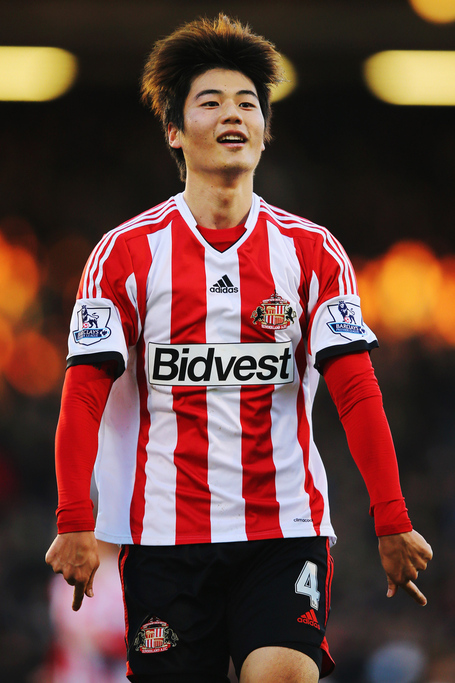 That talk was further fueled by Gus Poyet revealing there 'is a chance' the Korean could join permanently and Michael Laudrup's oddly self-defeating determination not to recall him despite attempting to cope with a crippling injury list at the Liberty Stadium.

Ki's gesture at Craven Cottage was captured on video by some worrying stalkerish type behaviour from the stands, but it's certainly worth a watch if you haven't seen it already.

May be we are just seeing what we want to see because we really, really want to see Ki stay at Sunderland. On the Danny Rose scale of loan-love, this is a 'who was Danny Rose again?' level love-affair for us at Roker Report. We think it's quite conclusive though.

Anyway, have a look for yourself.