Phil Bardsley has once again landed himself in hot water and been banned from all team related stuff following his latest round of stupidity.

Share All sharing options for: Reports: Bardsley Banned From Team

Phil Bardsley was clearly the only student to find himself at "Social Media 101 With Guest Lecturer, James McClean" at some point this year.

Having already put himself on very, very thin ice with japery in a local casino, in which he flaunted how much money he'd won/has for all to see, his stock with both fans and club officials plummeted.

The epitome of an average player, to witness such things were stupid. Almost as stupid as his wife's denials of any wrongdoing claiming it was for charity, and that Paolo Di Canio was a "psycho", which were subsequently deleted from her Twitter account once the club got wind of the situation.

With time on Wearside effectively up at that point, the summer seemed to be a good chance for him to move. Alas there have been no serious takers and now a broken foot picked up with the Under-21 side seems to make anything before September 2nd even more unlikely.

So when Bardsley this weekend appeared to openly mock the club's 1-0 home defeat on Instagram, it very much was the most final of all final straws. 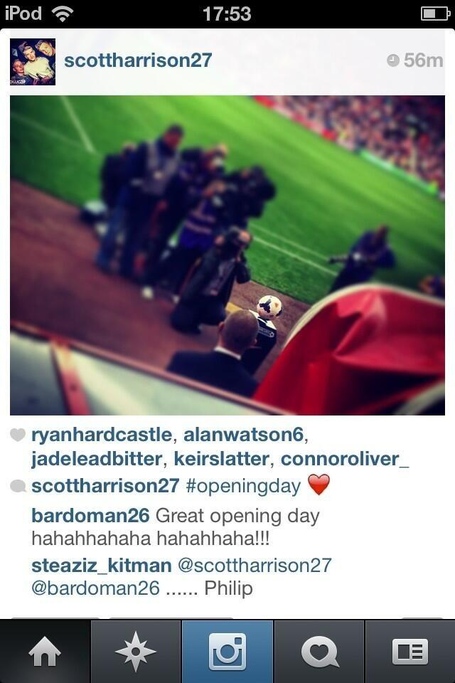 Bardsley must have clearly known he was in the wrong as on Monday morning not only this but his entire Instagram account was gone.

Too late by the club though, who according to some mysterious reports which appeared online last night from the local papers, then promptly disappeared, claimed that the defender has been handed what looks likely to be his final punishment in banning him from all team activities, all games, and even simply from entering the training ground.

Hopefully, although this final piece just pure speculation on my part, there's a hefty fine to go with it.