Has Sunderland's perpetual search for a left back resulted in a resolve to push the boat out?

Share All sharing options for: Report: Cissokho Emerges As Latest Left Back Target

Super Deporte, a highly reputable Spanish sports paper based in Valencia, is claiming that the former Lyon man could be set to leave the Mestalla after just one season with Sunderland 'close' to securing his services. 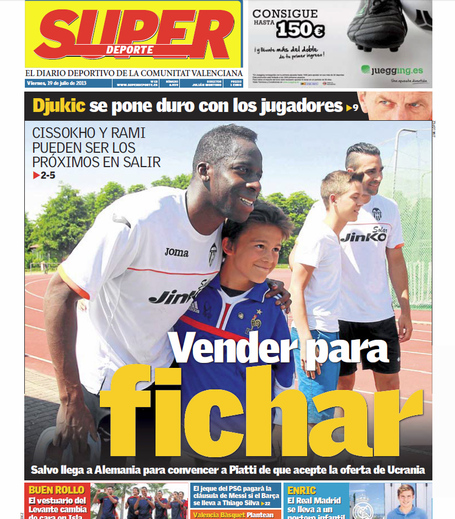 As with almost every other summer in living memory, Sunderland are generally being linked with just about every left back under the sun and it is becoming difficult to really know which names are genuine and which are not.

However, Cissokho is understood to be a player the Wearsiders are at least considering as a genuine possibility and the source at the Valencia end is a pretty solid one.

As usual, wages and terms may be a tough stumbling block to overcome for a player with a big reputation, and interest does not necessarily transition into a transfer. It is an interesting, and enticing, new link to follow though.