'Big Time' Bardsley's Night Out Not What Anyone Wanted To See

Last night was an interesting one for Sunderland fans as we got a glimpse of how disappointed the players are in their performances this season and how they acknowledge their poor form. No wait, that's not what happened at all...

Share All sharing options for: 'Big Time' Bardsley's Night Out Not What Anyone Wanted To See

Anyone who's ever read this site will know that none of the writers, myself included, are particularly big fans of Phil Bardsley. From my own personal standpoint, he's just an extremely limited player who's limitations have come to the fore of late, and with his contract nearing it's end, it's about time we moved on.

This week we've had soundbites from Paolo Di Canio saying that he wants to give Connor Wickham a slap for 'acting like a Playboy model' rather than a footballer. We've also heard of dressing room cliques which have tore the team apart.

So you have to wonder what Di Canio will do once he or someone at the club notices how Phil Bardsley and Matt Kilgallon have been spending their evenings.

Pictures circulated on Twitter and on Fans Forums of the pair in a local casino well into the small hours. Obviously this isn't a crime, but with a game left of the season where the players should be fully focussed on trying to win back that single shred of respect they once had following a dismal season, it's disheartening for all of us.

Then of course we have the money shot -- quite literally -- of Bardsley lay on the floor surrounded by £50 notes amassing to what looks to be several thousands. 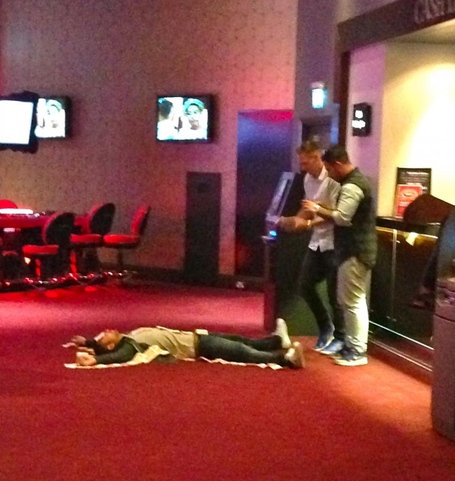 To try and give him any sort of defence, you'd say that he's got the money and is allowed to enjoy himself from time to time. The pictures to me look as though it's near closing time in the casino given there's nobody else around them -- at which case he'd be cashing in, drunk, or perhaps most worryingly -- both.

There's obviously no way of knowing if he was drunk. He might well not have been. He might just be incredibly happy that he'd won several thousands and was goofing around with his mates having done so.

However this wasn't the explanation offered by Bardsley, who told one of many questioners on his Instagram account that it wasn't him, and was a mate of his. A friend who looked and dressed exactly like him. Pull the other one eh? 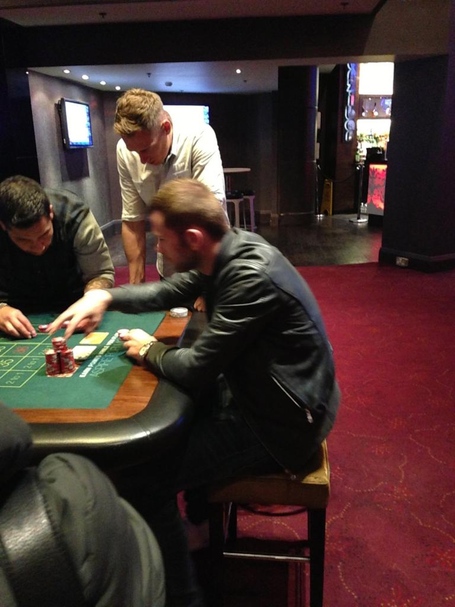 A very, very poor defence. Something he's accustomed to on the pitch, and now off it it seems too.

Don't get me wrong, he's a grown adult and allowed to leave the house and enjoy himself from time to time, but with a game left to save himself on Wearside and following a previous month or so of abysmal form from the entire team it would make much more sense to just keep a low-profile. It only needs to be for a week then they can go off on holiday and do whatever they want for several weeks.

There's also the money issue. Now this of course will stink of jealousy and yes, I am rather envious of he and all footballers who make what I make a year in a week or less. That would be the thought from a lot of fans one would think.

We all know how highly paid they are -- some with good right, others not so much. What we don't really need is it being reinforced and rubbing in. It's not quite up there with the infamous Liam Ridgewell incident, but it's not a million miles from it.

Another who might be set for a lashing is James McClean. Repeatedly told off by the club for his controversial use of social media, he also took to Instagram to fire back at fans who criticised his performances of late. Once again the Irishman cited his political reasons for 'fans' (in his use of the word) turning on him, which apparently contributed to his poor form. 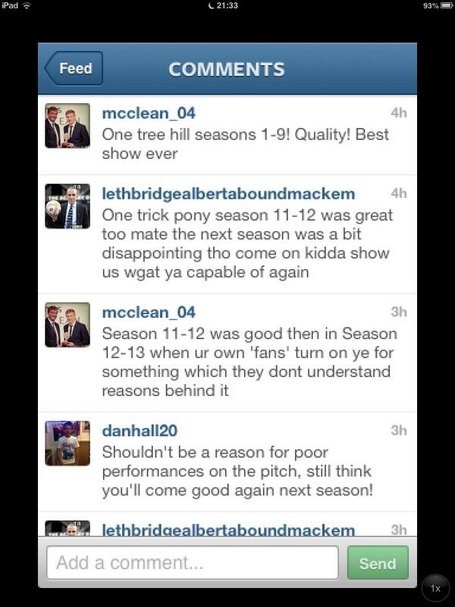 Obviously the biggest problem here is his love of One Tree Hill, which is just awful.

Jokes aside, for me it's not quite the 'disgrace' that some have labelled it. It's more just incredibly disappointing that this sort of thing is coming to light about the kind of characters we have in our dressing room. Ones that seemingly aren't too ashamed of how poorly they've performed this season, nor willing to acknowledge it by keeping a relatively low profile.

All we asked for was one more week. Keep your head down, try and go out of this season with a bit of dignity away at Tottenham this weekend then you can get drunk every night and lose/win millions in Las Vegas for all we care. Disappointing all round.

If short-sleeved shirts aren't tolerated under Di Canio it's hard to see Bardsley, McClean and Kilgallon being anything other than severely reprimanded by our recently appointed Mister. Sir Alex Ferguson had a reputation for clamping down on players' extra curricular activity and hopefully Di Canio takes a similarly firm line with this lot as opposed to the 'softly softly' approach from Martin O'Neill, and the 'boys will be boys' attitude from Steve Bruce.

All pictures via Photobucket and PeterFTM365.