With deadline day really warming up, it appears that Sunderland have secured a new recruit, with Danny Graham being snapped in a Sunderland shirt. 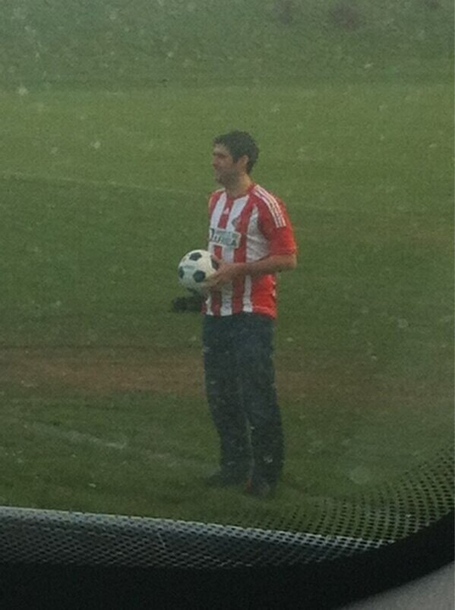 The deal has yet to be confirmed yet, and knowing Sunderland likely won't be until everything is absolutely water tight.

But it seems inconceivable now that the deal will fall through given we are now at the stage of completing the media formalities.

Earlier in the day, it was claimed that Middlesbrough had sneaked in with a bid for Graham, though that was quickly denied and it always seemed likely that the former-Watford man would join Sunderland before the end of the day.

Whether or not he will be joined at The Stadium of Light by any further recruits today is very much unknown. There have been names bandied around but little more than rumour in truth.

Though with O'Neill often lamenting a lack of numbers in his squad this month and Graham doing no more than essentially replacing Fraizer Campbell, then you'd be surprised - and a little disappointed - if there were no more deadline day arrivals.