Changes Coming To Roker Report In The Near Future

Share All sharing options for: Changes Coming To Roker Report In The Near Future

We are delighted that we can finally bring a sneaky look at the next phase in Roker Report's evolution. Some of you may have been on board from the very first post's back when it was just me in December 2010, other's might have come on board later. If so, hello, please stick around.

There's going to be some new stuff happening, and in the very near future you'll see some changes to the site. It will still have all the same features, but look much, much better as part of SB Nation's design overhaul. There's going to be tonnes of cool features for us as writers, allowing even better coverage of Sunderland, but also there'll be advantages for you the reader too.

For starters there site will look much better. There'll be a shift from the 'blog' look which it has at the moment, and be almost more like a magazine with the most important and relevant stories there for you on the front page. You can also dig deeper into what's around Roker Report with the 'Latest News' tab and much more.

Anyway, there's tonnes of new things that we can tell you more about in a short while, but first there's going to be a new logo as part of the design... 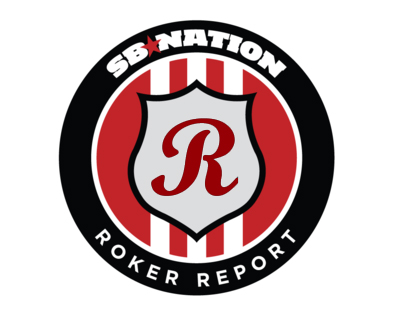 So there it is. We had several options for this, and we chose for continuity purposes to go with bringing back the shield and "R" which is currently in use. Mainly for familiarity, secondly because many of the "Black Cats" we could have used just looked super-rubbish.

Basically we just wanted to modernise and clean up the logo we have, so all the grey chaff which had no relevance to anything has gone to be replaced by red and white stripes. Unlike the club's official site, we wanted it to be more red than white, and the addition of some red and white stripes looks rather fetching we feel.

I must point out here the decision to have three white lines means nothing, and was designed long before we knew Adidas were going to be making our new strips. It's just pure coincidence.

I'm sure there'll be some nit-picking, but we're very happy with it. When you see it slotted into the new-look RokerReport.com in the next few weeks you'll see how it all makes sense too.

Keep coming around for more updates as we'll be letting you everything we can about the new design of the site as and when possible. Soon we will have a look that matches the high quality of the writing...