Today's the big day, we finally got to take a look at the new Sunderland home kit for next season for the first time, and the first Adidas stab at making us a decent home kit.

Rumours have been abound for quite a while about what the kit would look like, with many folks bizarrely concerning themselves that it would look 'too much like Stoke's strip' which in my eyes is of little-to-no consequence. Why we should be treat to a customised one-off kit is beyone me.

Anyway, the kit is out, and the only resemblance to Stoke is that it's red and white as some keen-eyed fans will have noticed has been the case for a number of years now... 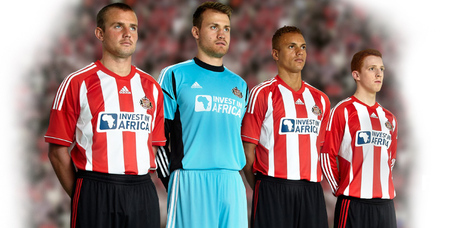 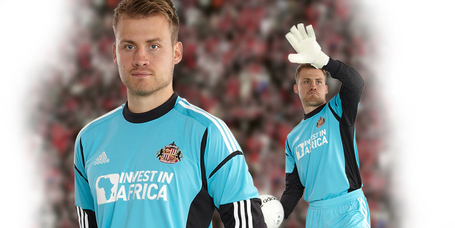 So after all the hoo-har, there it is. Very similar, if not identical but in a different colour to the new West Bromwich Albion home strip, also made by Adidas - Anyone got a problem with that? I can't say I particularly do. We're not big enough or selling enough to get a fancy 'bespoke' kit, but all in all, it's still very nice.

The top actually looks very similar to the home shirt we had in 1986-88 seasons, which also featured predominantly red sleeves, and red stripes on the shorts.

The keepers kit which Simon Mignolet will be battling Kieren Westwood for comes in a nice bright blue, exactly the same design as the orange away version in design.

The shirt comes with all the usual mod-cons such as Climacool technology to make sure you're not going to be really sweaty when playing football in it, or if you're a fan like myself - you won't be sweaty when you hear whispers on the concourse there's only one Balti pie left.

Reaction has been varied across the internet, so here's what some of our Twitter followers (@RokerReport) had to say on the new home shirt... 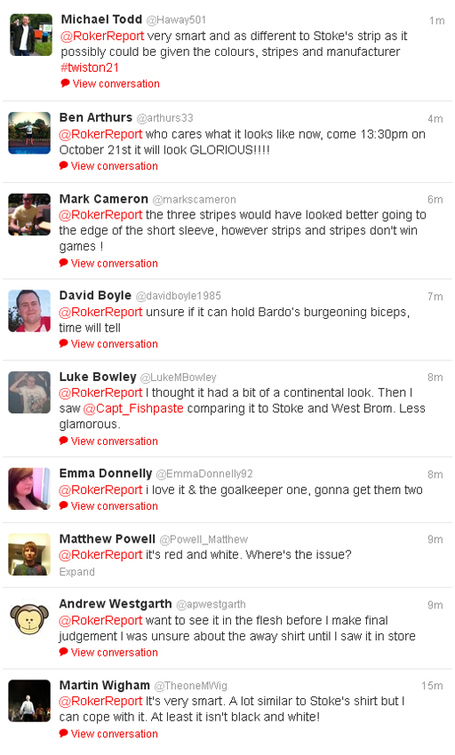 In what is a very nice gesture from the club, if you order now (for delivery in August) then you'll also get a FREE scarf, which softens the blow of it being £45 for the short sleeved version, and £50 for the long sleeved.

You can order it right now from the newly swanked up SAFC Store - www.safcstore.com - So get over today and get one ordered!

Idealo, the price comparison website, have also been in touch to say that the new kit is also available on their site.