Share All sharing options for: Talking Tactics: Newcastle United (A)

I think my nervous system is glad that all that is done for another season, but there is still a lingering 'what if' feeling trying to sneak its way from under the beaming pride at our second half performance.

A draw is not what we wanted, nor were the two red cards, so we've had a bit of a bum deal really. But still, that was a marked improvement from the last time we went to the stadium formerly known as St. James' Park.

Martin O'Neill sprung a surprise by naming Nicklas Bendtner in the starting line-up. Replacing Jack Colback, the masked marksman was restored as the attacking focal point with Stephane Sessegnon operating just behind. Phil Bardsley overcame the calf injury that had threatened to keep him out, protecting the back four against a reshuffle. The understanding within that part of the side came to the fore in the second half, as they stood up to Newcastle's aerial onslaught.

Despite the heavy defeat to West Brom last time out, O'Neill retained the side that has served him so well, and in turn the team put in a performance that Sunderland fans have grown accustomed to of late.

Newcastle, as expected, paired Demba Ba and Papiss Cisse up front but both found it increasingly difficult to influence the game in the first half - Ba's needless challenge on Lee Cattermole which picked up a booking an indicator of the home side's frustrations rising.

Missed Opportunities Down The Right?

Having weathered the early storm which saw Lee Cattermole booked and Newcastle earn a succession of corners, Sunderland emerged with a composed passing game that allowed momentum to fall in their favour as the half progressed. With an extremely attacking mentality down the left-hand-side of Newcastle, Sessegnon was able to find space when drifting out to the right.

The average position of both teams below shows how Sessegnon was afforded space generally by the natural width of Newcastle's left-hand side. Ryan Taylor's switch to left-back in the second half failed to shore up that side; Sunderland had two key chances in either half through attacking down that side - the first where Seb Larsson's cross dissected Bendtner and Craig Gardner, the second being Tim Krul denying James McClean. 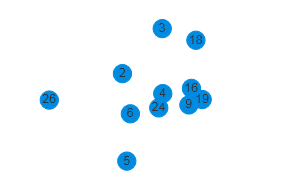 Despite those successes in penetrating the Newcastle back line, the majority of Sunderland attacks were forged down its left-hand side. The previous image may give reason for doing so, but the number 16 of Ryan Taylor also represents the free role of Hatem Ben Arfa in the second half. 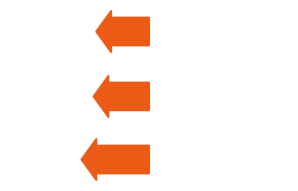 Cattermole going into the book after less than a minute played perfectly into the hands of Newcastle manager Alan Pardew. He had Sunderland's captain right where he wanted him - walking the proverbial tight rope for the remainder of the game. But what followed was the Cattermole that has been on display ever since O'Neill took over at the Stadium of Light. He composed himself and broke play up superbly. Having been thwarted what seemed the most simplest of advantages by inciting Cattermole into a red card, Newcastle them found themselves on the back foot courtesy of Sunderland's midfield.

Pardew throughout and after the game did little to hide his intentions - he wanted to win, at any cost - and attitude was personified by Cheick Tiote. The Newcastle midfield made just five tackles in the game yet managed to record six fouls (discounting the three-in-one that Sessegnon felt he needed to protect himself from, of course), somehow managing to avoid a yellow card until the 67th minute.

As Newcastle moved into the ascendancy at the start of the second half, Sunderland's back line were repeatedly forced to address long balls and John O'Shea lead the way, marshalling his defence and making five interceptions - Sunderland's joint most alongside Cattermole.

O'Shea was backed up by Michael Turner - much-criticised in the aftermath of Sunderland's biggest defeat of the season last week - and the stats reflect favourably on his heroic nature when defending. Turner blocked two shots, and edged O'Shea on clearances (16 to 13), indicating his importance up against Ba. Glancing at the passing statistics for Newcastle highlights the pressure the pair was under; 41 long balls were played between Tim Krul, Ryan Taylor, Cheick Tiote and Fabricio Coloccini alone. However, it was a Taylor delivery that led to Newcastle's equaliser, with Turner not reacting in time to prevent Mike Williamson's flick on.

All in all, it was a Sunderland performance full of fight, grit and determination - a stark contrast from its last visit to Newcastle. Considering the home sides bright start to the second half - highlighted by the introduction of Ben Arfa - it is fair to say that we may have been up against it irrespective of Sessegnon's red card. Having said that, Sunderland was far more composed as emotions ran high in the first half - highly commendable being away from home.

As O'Neill's side turns into arguably the most important part of the season it must do so without Sessegnon and Cattermole for three and four games respectively. How that will affect Sunderland's fortunes, or style for that matter, remains to be seen.