Behind The Scenes At Seventy3's Second Issue

Share All sharing options for: Behind The Scenes At Seventy3's Second Issue

Once again, we're going behind the scenes at new Sunderland fanzine Seventy3 to see what's coming up in their second edition.

The first edition was a massive success, and the lads at the mag are putting together a nice little package to ensure everyone can get a piece of the action. As well as the massively successful "5 for 4" subscription deal, which is still on offer, they are now offering the mag at a reduced rate at the ground. Seventy3 costs £2.50 usually, and is well worth every penny, however if you're at the game you can take advantage of their "£2 at the ground" offer. Not bad eh?

So now let's let Editor, Mal Robinson, take us behind the scenes of the magazine, and see what's coming up in Issue 2, available from tomorrow at the Wolves game, so come and take a look!...

‘I didn’t see them afterwards, the players that is’ Kaysie remarks on his broken leg incident in a 1-0 win over Birmingham City in 1993. ‘I broke my leg and was carted off to hospital straight away, however I do remember Smelty (physio at the time Steve Smelt) pulling my boot off! There’s me my leg in bits and Smelty is trying to pull me boot off!’ Kay chuckles.

And so began the rare John Kay exclusive interview we held with the former Roker full back, as William and Kate tied the knot, I was busy meeting Sunderland footballing royalty in the form of the red and white tractor – one of several interviews strategically placed in issue 2 of Seventy3 – Sunderland’s new retro magazine. No doubt Kaysie was the hardest to come by and the most extraordinary – the most humbling, this down to earth bloke was once a terrace legend.

This though does not detract from the line up we have in store for readers, with other interviewees including Paul Hardyman on that penalty miss versus the mags, John Cornforth in Mackem Mates, Kieron Brady tells us what he’s up to these days, whilst we are delighted to announce the inclusion of two new arrivals to compliment our columnist from issue one – Gary Bennett, in the shape of fellow legends and former captains – Bobby Kerr and Michael Gray – all this rounded off under the guest editorial guise of former hard man – Alex Rae – this is an issue packed with anecdotes that make Seventy3 akin to a players talk in all within the confines of glossy pages.

Issue two also sees former ITV head of Sport Roger Tames discuss that night in 1985 against Chelsea in London, Paul Robinson chats about being a Sunderland fan and playing against us in the Tyne/Wear Derby, whilst retro girl Dani Dickinson and local author Sheila Quigley chat about the lads in general. 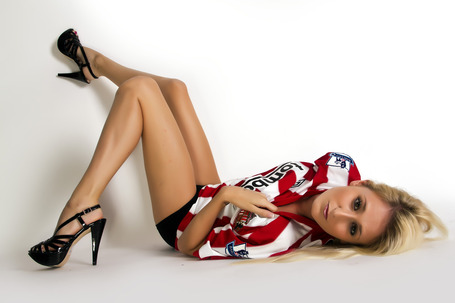 Issue 2 will be available tomorrow around the ground v Wolves and also available pre-order online with free postage on the link below.