Bring Back The Photocopier!

Share All sharing options for: Bring Back The Photocopier!

Guest posting in to give us the latest from our lovely friends over at Seventy3 Magazine is Mal Robinson, the Editor of the darn thing!

Mal gives us some fantastic insight into life behind the scenes of SAFC's newest and in my eyes - best - printed publication, while we rule the online world ;-)

Don't forget to subscribe to Seventy3, which you can do RIGHT HERE. Rather fantastically right now you can get 5 issues for the price of 4, with free postage anywhere in the world!If you don't fancy that, then look out for one of their many sellers outside the Stadium of Light tomorrow!

As national football fanzine When Saturday Comes celebrates its twenty fifth birthday, its inception heralding from an age of letraset and electric typewriters, two of us Mackem upstarts dared to step into the modern fans’ media limelight, with our new retro twisted fanzine – Seventy3, minus the stapled together photocopies. 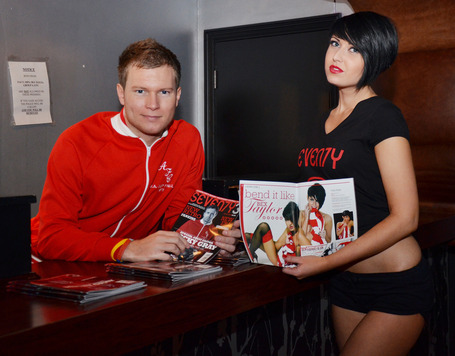 It wasn’t the first time I had toyed with the idea of my own Sunderland fanzine, having produced a ‘homemade’ attempt entitled ‘The Play Off’ named after that famous night at St. James’ Park, circa 1990, in which Sunderland ran out two nil victors in a play-off semi final on the way to Wembley and ultimately promotion via the back door after Swindon Town’s inability to control their finances.

Back then I was fourteen, dreaming of giving Rupert Murdoch a run for his money, persuading my Dad to stay behind at work in order to mass produce fifty photocopies of a teenager’s finest musings, most of which had been acquired from the Sunderland Echo and duly pritt sticked in, added to with editorial comment. There were teething problems, even back then for a small-scale operation such as mine. For instance the fact that a large contingent of fans would drop by my mother’s house on a match day to purchase a copy of Wearside’s latest scribes, after using her address as the official point of contact inside the front cover did not go down too well and the idea of a PO box address was mooted from then on.

Fast-forward 17 years and the media dream is alive once more, yet the goalposts have moved in the football home enterprise grand scheme of things. It seems that one must set up his own business to get his views aired and a bank loan is required, even though no money is forthcoming in the current climate. Fans these days want more for their money and so black and white scanned images are replaced with full colour glossy prints, complete with paid for copyright. Everyone wants a slice of the action in the modern era. 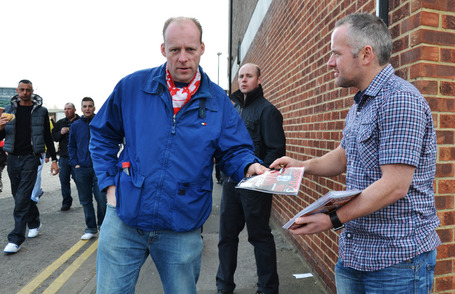 ISBN’s are required, so too an accountant and the correct business tax forms to boot. Advertising, merchandise and ideas of similar ilk are on the cards and so the world of the fanzine has turned full circle and embraced the lure of sponsorship deals and spin off books. If its good enough for the aristocrats loitering with intent at the top of the money pile at FIFA HQ, then its all well and good for the average fanzine editor.

The launch of Seventy3 highlighted once and for all the change in the art of fanzine production. In years gone by a simple appearance on the street corner, clutching fifty copies of your ‘zine in the pouring rain would be enough to earmark the arrival of a new fans publication. These days, the sheer fact we had a launch week of events, following a vicious viral campaign online, alluded to the mark of professionalism, akin to a non-league hopeful becoming a full time senior pro. The idea of giving out a free beach ball for the inaugural home game of the publication in time for the visit of Liverpool, following last season’s inflatable shenanigans, seemed one step too far in the realms of publicity, albeit the best kind of free publicity in front of the Sky cameras.

Publication of fans views though is still mainly a part time job within a relentless spiral of a full time labour of love, me still holding down a job at her majesty’s Royal Air Force, juggling the realms of royalty in one hand on VIP duties, answering the phone in the other, stating old Aunty Betty will have to wait as I’m on the phone to footballing royalty in the form of 1973 keeper – Jimmy Montgomery.

Whether or not the budding fanzine entrepreneur can make it nine til five depends on the quality of the product and the need for a platform to air real people’s thoughts in this new age of online forums and instant news, yet the notion of all things retro on good old glossy prints might just be nostalgic enough to see us to issue two and then ultimately the world.

Fans of Roker Report and Seventy3 might also be interested to know that top Sunderland author Lance Hardy will be at the Stadium of Light on Saturday, signing copies of his excellent book 'Stokoe & 73' from 12:30pm to 1:30pm, so get yourselves along!