Ok, so it's mid-morning on Christmas Day. I do hope you're all having a good one so far. However it's also that period where the novelty of some presents has worn off, the kids have broken most of theirs and you're just waiting for dinner to be served. Inevitably as loyal SAFC fans, you've wandered onto the internet to see if there's any rare news.

There isn't any, stop worrying.

However, we do have something. We've made a little quiz so that your evening passes a little quicker when you're all slobbed out on the sofa.

Welcome everyone, to The Roker Report Christmas Quiz! Blow you'll find the questions, which you can read out to your esteemed guests, or indeed just print them out. Later this evening (about 5pm) we'll have the answers for you too, if you just want to play along on your lonesome.

There's no prize (from us anyway) but feel free to have some fun.

And now, on with the questions! Some are easy, some hopefully a bit more taxing, let us know how you got on...

1. Where did Sunderland play prior to moving to Roker Park?

2. Of players currently on the books, who has been capped the most times internationally?

3. Kevin Phillips won the European Golden Shoe in 1999-2000. How many league goals did he score that season?

4. In 1973 we won the FA Cup. Of course, you know that already, but who are the only two other teams to win the FA Cup whilst not in the top flight of English football?

5. In 1950-51, Sunderland broke the world transfer record (at the time) to sign which Welsh striker from Aston Villa?

9. Sunderland were the first team in English football to score 100 goals in a season.

11. When Sunderland joined the football league in the 1890-91 season, who did they replace?

12. Which of these players has made the most appearances for SAFC?

13. Apart from in 1992, which other year were Sunderland FA Cup Runners Up?

14. Which of these Sunderland legends scored the most goals for the club?

15. Which of these current players has the most international caps?

Who Am I? (Quickest gets the point)

Name The Player From Their Career Path (Permanent Clubs Only)... 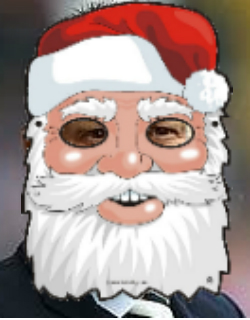 An FA Cup replay against Derby County in 1933 lays claim to the highest ever attendance for a Sunderland game, but what was the attendance that day? (Nearest without going over takes the win!)

Well, hope you enjoyed playing. If there's something wrong blame various combinations of our own tiredness, SAFC.com, Wikipedia and related SAFC literature. Remember to come back for the answers at 5pm!