I'll start with this. This post is massively self-congratulatory and bigging ourselves up, so if you're not into that sort of thing, I'd highly recommend you stop reading now (and read one of our other amazing articles, chortle chortle).

So as fans will be aware, we're quite proud of our achievements. Well, some sort of combination of proudness, amazement and beffuddlement anyway. So when we've had things like our own column in The Durham Times (click here), being Metro Newspaper's go-to guys for for opinion (click here) or even when our podcast lit-up the the top ten on iTunes for a while (click here to subscribe), we're going to bang on about it.

So to add to the above, we noticed that this week's Captain's Blog article entitled "Fool Us Once, Darren..." was frankly so impressive, that both The Daily Mirror AND The Daily Star chose to borrow from it, as you can see below... 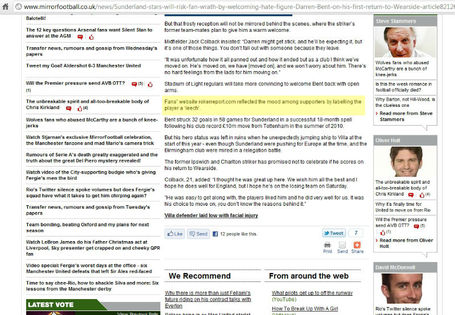 It's only a little bit, but it's better than nothing. The Daily Star however, were much more impressed and posted this similar story... 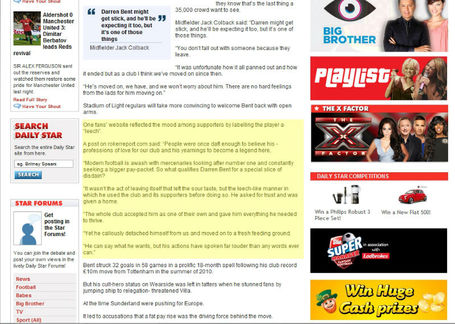 So there you go, thanks to The Mirror and The Star for including us in their work... That's FOUR newspapers now, not bad for less than a year in business!

And of course this was written by Michael Graham, my compadre here at Roker Report, who you'd think would be more than happy to blow his own trumpet, but here I am doing it for him. He's human everyone, he has some modesty. Follow the man of the hour here on Twitter - @Capt_Fishpaste

Later today on Roker Report; Cult Heroes & A Mackem In America, plus a brand new podcast. Link to which is above or down the left hand side there.